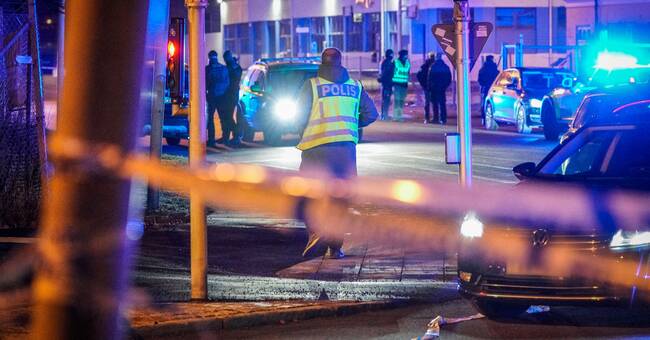 It was on the evening of the first of February this year that a large quarrel occurred outside a clubhouse on Västra Sandgatan in Helsingborg.

At least five people were injured and taken to hospital.

One man was so badly stabbed that one lung was punctured and another man was shot at close range with several shots - but escaped with an injured middle finger.

Now, two of the men, who are in their 40s, are acquitted of attempted murder with reference to the nerd defense court.

On the other hand, they are sentenced to eight months' imprisonment for assault that is judged to be of the normal degree, despite the fact that the acts are considered very serious.

Another man in his 30s is sentenced for a felony to two years and three months in prison for having brought a sharp-charged weapon to the scene.

On the other hand, he is acquitted of suspicions of attempted murder and aggravated assault, even there, among other things, with reference to the fact that it may have been an emergency situation.

A fourth 40-year-old man who has been charged with aggravated assault is completely released from suspicion.

The verdict states that the district court leans heavily on the film presented by the prosecutor which shows how cars collide with each other and how different fights take turns.

day after the tumultuous evening:

The police do not believe that it is criminal gangs that are involved in the big brawl in Helsingborg that occurred on Monday - hear more here.