After the Ain Al-Assad base... the US embassy is under attack and sirens sound in the Green Zone

The US embassy in the Iraqi capital, Baghdad, came under a missile attack today, Thursday, in renewed attacks targeting US forces in Iraq and Syria. 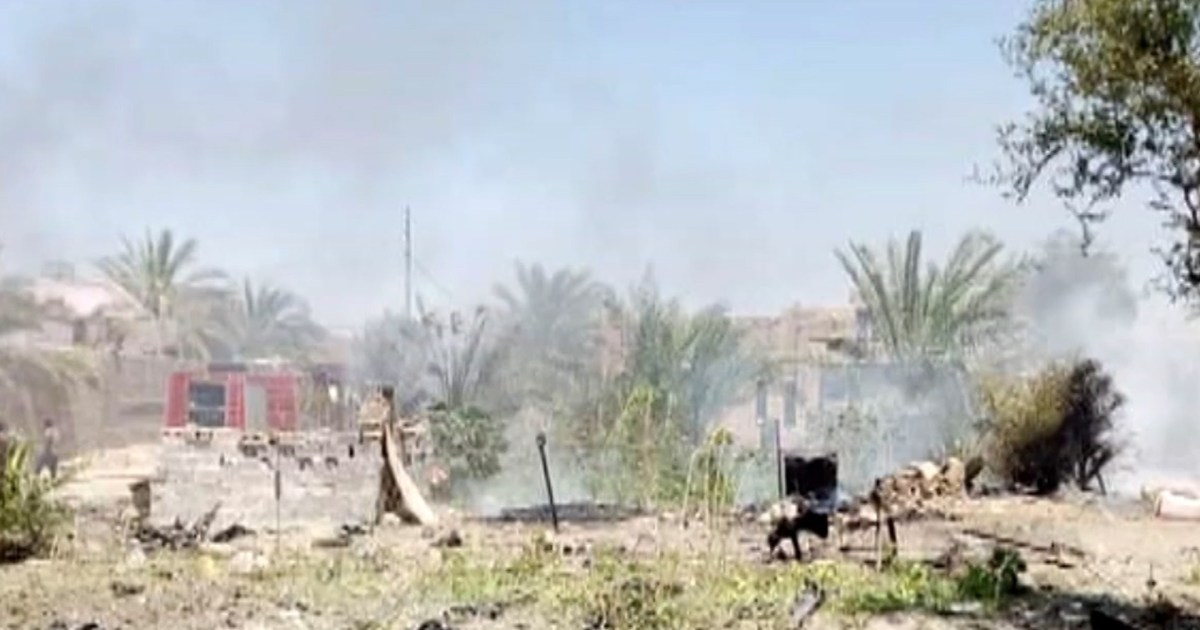 The US embassy in the Iraqi capital, Baghdad, came under a missile attack today, Thursday, in renewed attacks targeting US forces in Iraq and Syria, at a time when Washington blames Iranian-backed militias for the instability of Iraq.

Al-Jazeera correspondent in Baghdad stated that the embassy responded to the attack through its defense system, and sirens sounded inside the Green Zone in central Baghdad, where the US embassy is located.

Media close to armed factions said that the attack was carried out with a missile and a booby-trapped drone, and that the missile was launched from the Rusafa area of ​​Baghdad.

On the other hand, the Iraqi Security Media Cell said that an "outlaw" group had targeted the Green Zone in Baghdad at dawn on Thursday with 3 Katyusha rockets, and added in a statement that the first missile landed near the headquarters of the National Security Agency, the second fell in the celebrations square, and the third landed. In a residential neighborhood near Sheikh Omar area.

The media cell confirmed that these actions will be confronted strongly by the security services, which will follow up on the intelligence and field those who carried out them, according to the statement.

In a related context, local sources said that an explosive device exploded at dawn today, targeting trucks providing logistical support to the American forces in the south of the country.

The sources added that an explosive device planted on the international highway, between the provinces of Basra and Dhi Qar, exploded the moment a convoy of trucks affiliated with Iraqi companies contracted with the US army to provide logistical support passed.

Al-Jazeera correspondent in Baghdad stated that the security forces spread widely in the surrounding areas and close to the camps of the American forces, especially in the military wing of Baghdad Airport.

The sites where US forces are located in Iraq and Syria have been subjected to multiple attacks during the last 24 hours.

The first attack took place in Erbil, in the Kurdistan region of Iraq, where the region's Counter-Terrorism Commission announced, on Tuesday evening, that Erbil International Airport was attacked by a booby-trapped drone, without causing any damage or stopping air traffic.

At midday on Wednesday, a spokesman for the International Coalition confirmed that 14 missiles had been targeted at the "Ain al-Assad" base, amid reports of minor injuries.

Simultaneously, in Syria, the so-called "Syrian Democratic Forces" announced that they had thwarted a drone attack inside the "Al-Omar oil field" area in the east of the country, and said that initial reports did not indicate any damages as a result of the attack.

Returning to Iraq, the government denounced the attack on the Ain Al-Asad air base, where US forces are located, less than 24 hours after targeting Erbil International Airport with a bombed drone.

An unknown armed faction called "The Muhandis Revenge Brigade" claimed responsibility for the attack, vowing to force the American forces to withdraw from the country. For his part, the coalition spokesman vowed to respond, saying that reports indicate two minor injuries, and that the damages are being assessed.

For his part, US State Department spokesman Ned Price said that the recent attacks in Iraq reflect the danger posed by Iranian-backed militias to the stability of that country.

Abu Ala' al-Wali, the Secretary-General of the so-called "Sayyid al-Shuhada Brigades", had vowed to carry out a qualitative operation to avenge the American forces in response to an operation carried out by American drones about 10 days ago.

He added - during a television interview - that this operation may be land, air, or even sea, and it may be in the Kurdistan region or any place where US forces are located within the Iraqi borders.

The director of Al Jazeera's office in Baghdad said that the recent attacks were claimed by factions with unknown names, which may support that they are just names behind which the known armed factions in Iraq are hiding.

He added that the speech of these factions is not different from the speech of the so-called Coordinating Body of the Resistance Factions, which includes many prominent armed factions in Iraq and close to Iran, and which vowed to continue its military operations against the presence of US forces in Iraq.

Washington holds the Shiite militias backed by Tehran responsible for a series of drone attacks targeting American personnel and facilities in Syria and Iraq.

The presence of the Iranian-backed factions is concentrated in the west of the Euphrates River in the Syrian governorate of Deir ez-Zor, where they get supplies from Iraq through the Al-Bukamal border crossing.