The assassination of President Jovenel Moïse plunges Haiti into the unknown

Haitian President Jovenel Moïse was assassinated early Wednesday morning at his home. The president had just appointed a new Prime Minister, who was to organize elections requested by the ... 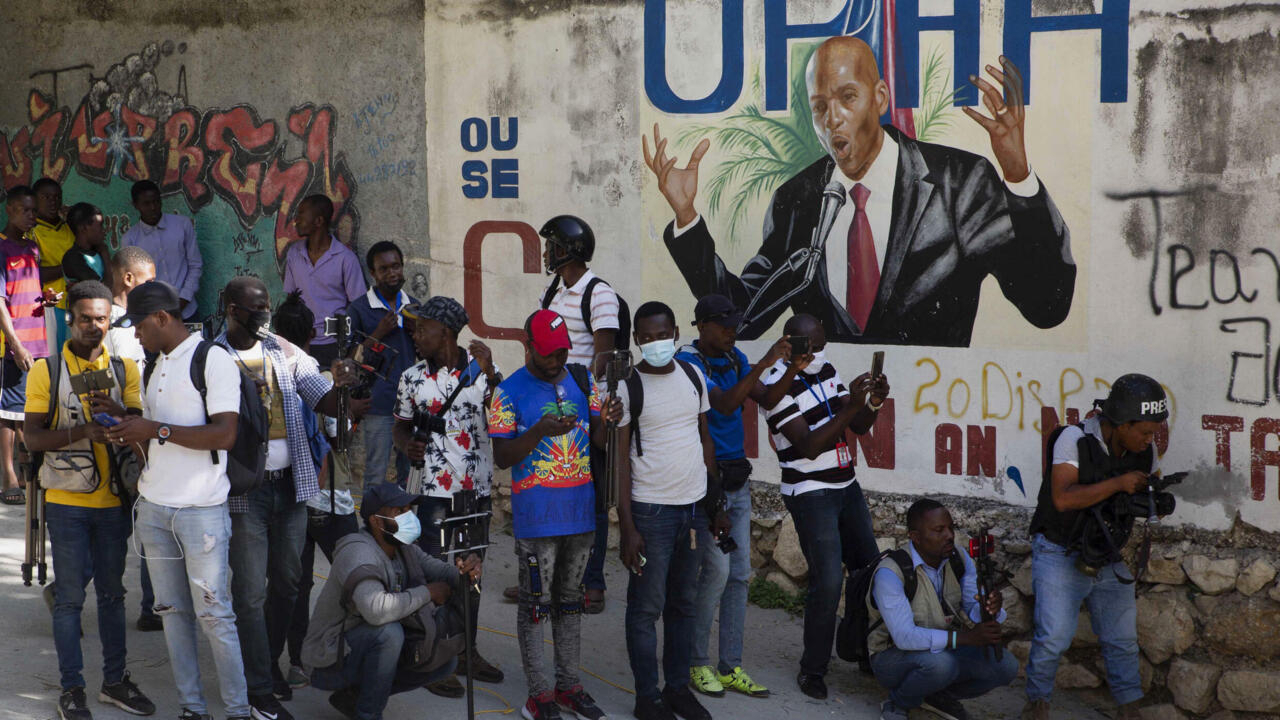 The assassination of President Jovenel Moïse plunges Haiti into the unknown

Journalists near the residence of Haitian President Jovenel Moïse where he was shot dead on the night of July 6-7.

The president had just appointed a new prime minister, who was to organize elections called for by the UN Security Council, the United States and Europe.

the assassination of President Jovenel Moïse

in his private residence by a commando, concern reigns in Haiti.

Who runs the country?

What will happen in the days to come?

Are the police and the army able to restore order?

Are elections going to be organized?

Questions that remain unanswered for the moment.

At the level of power, the interim Prime Minister Claude Joseph, who was to leave his post this Wednesday following the appointment of Ariel Henry last Monday, declared a state of siege without commenting on the sequence of events.

If we stick to the Haitian Constitution, following the 2012 reform, if the post of President of the Republic becomes vacant, it is the Council of Ministers which must ensure the interim until the election. a new president.

According to a decree published this week, legislative and presidential elections are to be held on September 26, with a second round on November 21.

But the announcement of the death of Jovenel Moïse could well upset this agenda.

On Wednesday, the US State Department called for these elections to be maintained.

The United States continues to believe that this year's elections should be maintained,

" said US diplomacy spokesman Ned Price during a press briefing, deeming that a free ballot "would

promote peaceful transfer from power to a newly elected president

In a context of insecurity and gang violence raising fears of a shift towards generalized anarchy, the UN Security Council, the United States and Europe had considered the holding of free legislative and presidential elections a priority. and transparent, by the end of 2021.

While there is complete uncertainty as to the political future of Haiti, there are also many questions about the circumstances and the sponsors of the assassination of the head of state.

Who mobilized this commando composed of individuals speaking English and Spanish?

So far, no claim has been made.

The political opposition and a large part of civil society demanded his departure from power, but by no means his death.

On the contrary, his detractors wanted to see him prosecuted so that he responds to the accusations of corruption and embezzlement that targeted him.

His unpopularity had also grown in the face of the desire to change the Constitution by way of referendum, while Haitian law prohibited constitutional referendums.

But once again, that doesn't appear to be a motive for staging this targeted attack, in which the president's wife was also injured.

How to explain the entry of armed men into the presidential residence yet under high surveillance, without apparently causing a single death in the ranks of the unit responsible for the security of Jovenel Moïse?

How could this commando then leave without ever being worried?

These questions now urge everyone to be extremely careful in Haiti.

President Jovenel Moïse assassinated: "We do not know what will happen" in Haiti