Tokyo Olympics: Agbegnenou and Aït Saïd, first mixed duo elected flag bearer of the Blues Paris (AFP) Judoka Clarisse Agbegnenou and gymnast Samir Aït Saïd, both in search of a first Olympic title, were elected flag bearers of the France team by their peers for the Olympic Games in Tokyo (23 July-8 August) , an unprecedented man-woman duo for the Olympics battered by the pandemic. While the world of sport is taking small steps towards parity, France has opted for a mixed pair, as the 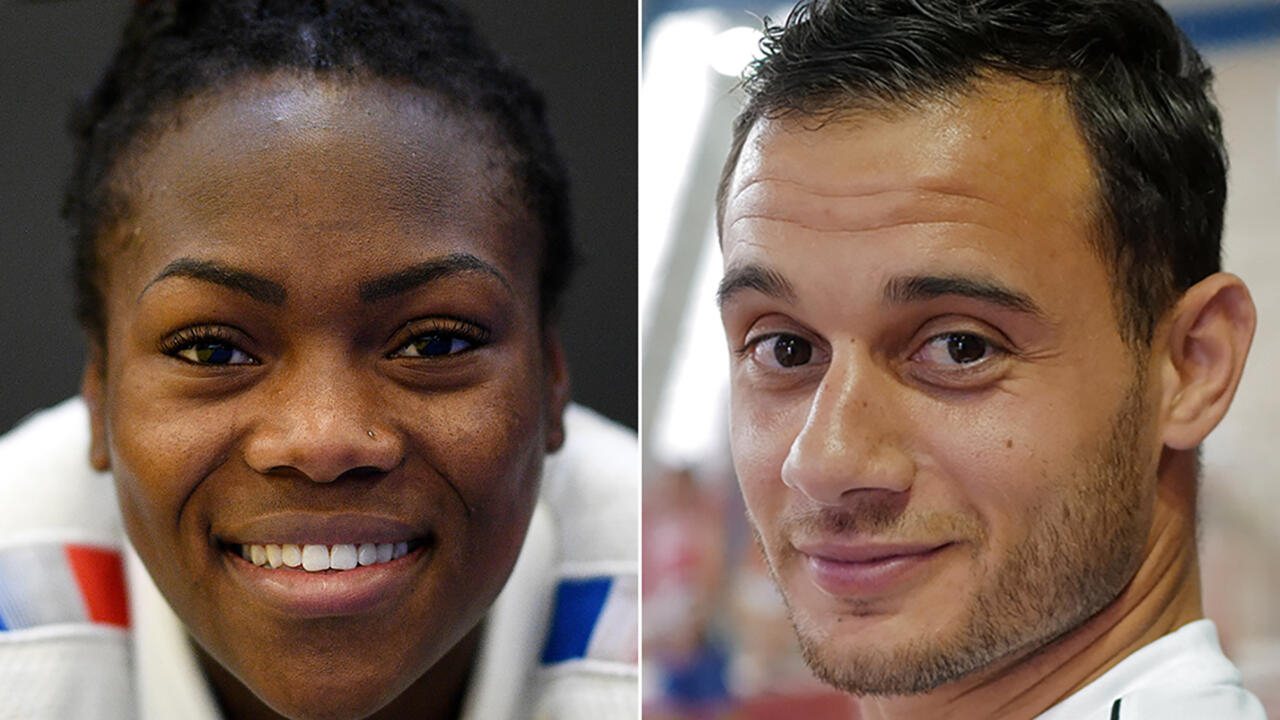 Judoka Clarisse Agbegnenou and gymnast Samir Aït Saïd, both in search of a first Olympic title, were elected flag bearers of the France team by their peers for the Olympic Games in Tokyo (23 July-8 August) , an unprecedented man-woman duo for the Olympics battered by the pandemic.

While the world of sport is taking small steps towards parity, France has opted for a mixed pair, as the International Olympic Committee (IOC) now allows, to wear the colors of its country.

An option also chosen by other nations, such as Italy, Greece and Japan.

Appointed by a vote of "ambassadors" of the Olympic federations, Clarisse Agbegnenou, 28, and Samir Aït Saïd, 31, will succeed the star of judo Teddy Riner, standard bearer in Rio in 2016 and him in search of 'a third historic Olympic coronation.

It is the first time that a gymnast will take the French Olympic delegation.

The flag bearers for the Paralympic Games, which will take place from August 24 to September 5, were chosen by a public vote by internet: they are Sandrine Martinet (judo) and Stéphane Houdet (tennis).

The announcement was made on France 2 and the athletes then went to the CNOSF (French National Olympic and Sports Committee) which elected a woman at its head a week ago, Brigitte Henriques, the first woman to hold this position since the creation of the body in 1972.

Among the candidates to carry the flag were heavyweights: swimmer Florent Manaudou and pole vaulter Renaud Lavillenie, crowned Olympic champions in London in 2012, or discus thrower Mélina Robert-Michon, silver medalist in Rio and already five Olympic editions on the clock.

Crowned world champion for the first time in 2014 and Olympic vice-champion in 2016, it was during the Olympiad that led from Rio to Tokyo that she built one of the most extensive achievements in history of French judo.

Only Olympic gold is missing from the one who had thought to "stop everything" at the announcement of the postponement of the Olympics.

"With Samir, we will bring joy and good humor", commented the champion on France 2. "It brings me", she added, explaining wanting to get the gold medal "with the pleasure and smile ".

Very present on social networks, Agbegnenou documents his life at 100 per hour and his commitments, especially for the cause of women.

She has indeed developed a partnership with a brand of menstrual panties or has posed on the front page of Team Magazine for a report on the breasts of sportswomen.

Samir Aït Saïd, specialist in rings, had finished the Rio Games in the hospital, after having broken his left leg in a spectacular way on the reception of a jump.

Four years before, he had not been able to participate in the London Olympics due to a previous injury.

"It is a pride to wear a whole nation and a pseudo revenge," commented the gymnast, whose rebound capacity and willpower are unanimously hailed.

A follower of combat sports, he integrated boxing and Brazilian jujitsu into his preparation.

His rival on the rings will be the Greek Eleftherios Petrounias, reigning Olympic champion, also the flag bearer of his country's delegation.

Certainly for now, Clarisse Agbegnenou and Samir Aït Said will enter the Olympic stadium in Tokyo on July 23, but the details of the opening ceremony are still kept confidential.

Pandemic obliges, it promises to be more sober than the disproportionate shows of the previous Olympics, and the number of spectators authorized to attend has not yet been fixed but could be very limited.