Renaissance Dam .. Sudan demands the Security Council to compel Ethiopia not to take unilateral measures, and the Egyptian army warns against testing its reaction

Sudan expressed its hope that the UN Security Council would respond to its request, obligating Ethiopia not to take unilateral measures regarding the second filling of the Renaissance Dam. For its part, Egypt warned against testing the reaction of its armed forces. 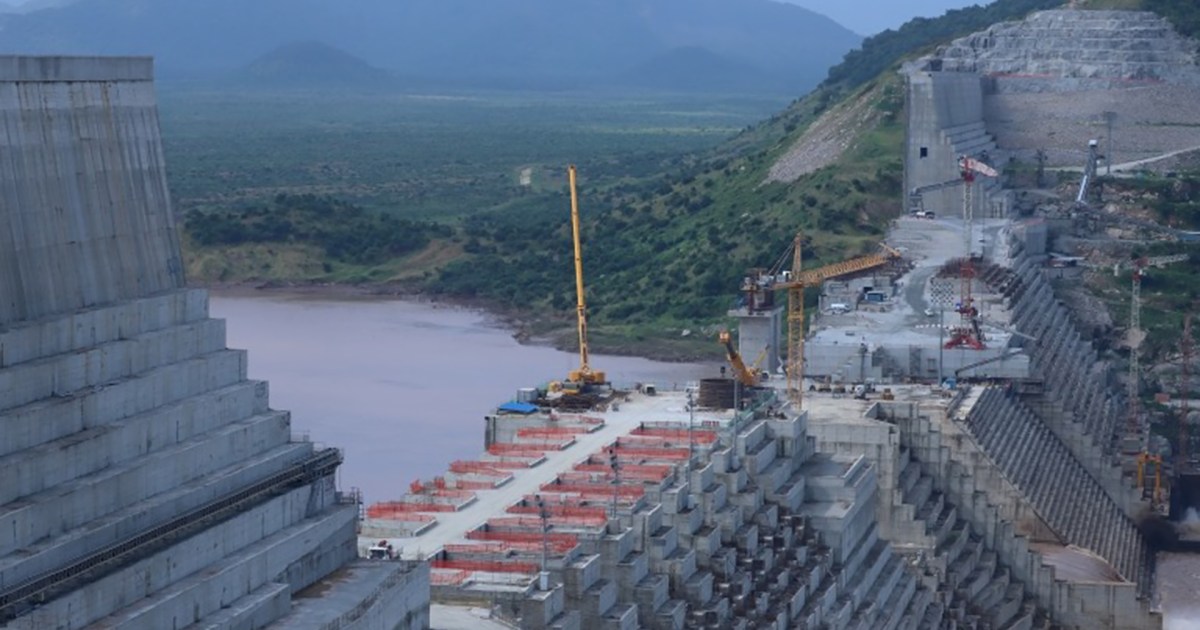 Sudan expressed its hope that the UN Security Council would respond to its request, obligating Ethiopia not to take unilateral measures regarding the process of the second filling of the Renaissance Dam, and for its part, Cairo warned against testing the reaction of the Egyptian armed forces.

The Sudanese Minister of Irrigation, Yasser Abbas, said that his country's request to the Security Council falls under Article VI, and does not aim to find a new path for negotiations, but rather calls for strengthening and activating the current negotiation path.

He added in a press conference held at the headquarters of the Sudan News Agency (SUNA) this afternoon, that his country will not enter into any round of negotiations regarding the dam unless the negotiation methodology changes, stressing that Khartoum is ready for all scenarios regarding what may come out of the session.

The Sudanese minister said that the issue of the Renaissance Dam was complicated and became more political than technical, according to his description.

He stressed that Khartoum categorically refuses to discuss water quotas through negotiations because it is dedicated to discussing the filling and operation of the dam.

Abbas warned that the benefits of the Renaissance Dam would turn into what he described as damages and disasters if a legal agreement is not signed.

In Egypt, the spokesman for the armed forces, Colonel Gharib Abdel Hafez, warned of what he called a test of the reaction of the Egyptian armed forces.

The military spokesman stressed the readiness and readiness to confront all regional challenges and international changes that cast a shadow on the Egyptian national security, as he put it.

He added - in statements to local media - that the Egyptian army is ready to confront on the strategic fronts to preserve the economic capabilities of the Egyptian state.

For his part, Maged Abdel-Fattah, the representative of the Arab League to the United Nations, said that what Egypt and Sudan had done assures the Security Council that negotiations on the Renaissance Dam will not reach any result due to Ethiopian intransigence.

Abdel-Fattah demanded - in statements to Egyptian media - to solve the crisis of the Renaissance Dam through dialogue, and before closing the door and resorting to alternatives with ominous consequences, he said.

He stressed that Egypt, Sudan and the Arab League do not disagree with the African Union, but the Union's efforts failed to resolve the crisis due to Ethiopian intransigence.

He added that the Arab side is holding intensive meetings with member states of the Security Council to explain the position of Egypt and Sudan on the need to sign a binding legal agreement that achieves development for all.

On the other hand, Ethiopian Prime Minister Abiy Ahmed stressed that the Renaissance Dam will benefit his country as well as Egypt and Sudan, and will enhance peace opportunities in the region.

He referred - in a speech during the closing session of Parliament - to what he described as keenness for the development and prosperity of everyone in the African continent, noting that his country has entered the field of artificial rain industry, which will make the amount of water that will reach Egypt and Sudan more than it is now, as he put it.

Abi Ahmed added that his country seeks peace and development, and that it will work to achieve this through cooperation, stressing that the dam will reduce the concerns of Egypt and Sudan, and that his country is determined to address any problems with the two downstream countries.

He added that his country's army had recovered its arsenal, which was in the possession of the Tigray People's Liberation Front, accusing unnamed parties of wanting to see Ethiopia dismantled, he said.

Addis Ababa insists on a second filling of the dam, which is believed to take place in July and August 2021 - about a year after the first filling - even if it does not reach an agreement.

While Egypt and Sudan adhere to reaching a tripartite agreement first, to preserve their water facilities, and to ensure the continued flow of their annual share of the Nile waters.

On Sunday, Ethiopia announced that it had raised the level of alert of its forces deployed in the Renaissance Dam area, with the aim of securing the second stage of the filling process.

General Asrat Deniro, the military commander in the Mutakal area of ​​the Benishangul region (west), where the dam is located, said during a meeting he held with military personnel, that his country raised the level of alertness of the forces deployed in the area where the Renaissance Dam is located, with the aim of securing the second stage of filling it.