The struggle for their love has now become a book

There have been many skeptics about the love story between 81-year-old real estate millionaire Ulla Simonsson Dalis and the forty-year-old Palestinian refugee Hamzeh Dalis. Now the dizzying journey is described in a book. - There has been mistrust from the authorities. It has not been trusted that it was real love, says book debutant Ulla Simonsson Dalis. 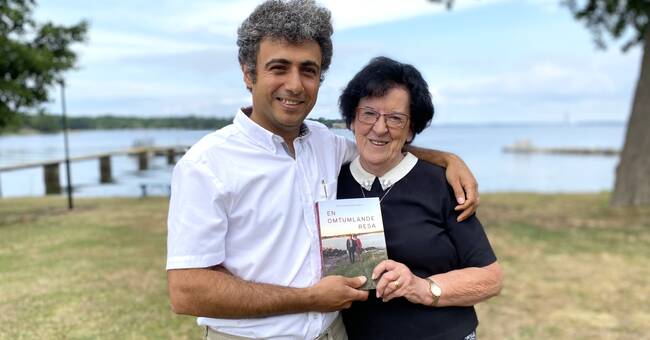 After a four-year struggle, the couple finally got married, after fighting against various authorities and people's skepticism against their love.

Now the fight becomes a book, where 81-year-old Ulla Simonsson Dalis, makes her debut as a writer.

- The book is above all about our struggle to get married and for Hamzeh to get a residence permit.

Many people believe a lot, but here we want to show what has happened in reality, says Ulla Simonsson Dalis.