As Britain's longest-reigning monarch, Queen Elizabeth is part of British public life, and her image is synonymous with the stability and traditions of the British people. 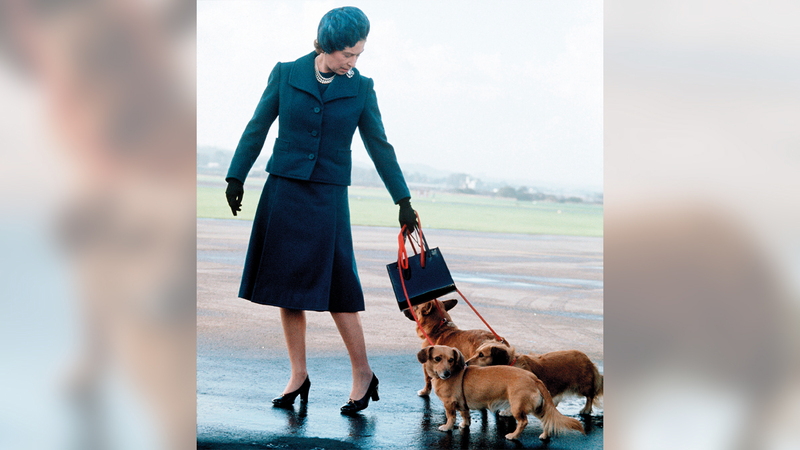 She became an inspiration for many designers

As Britain's longest-reigning monarch, Queen Elizabeth is part of British public life, and her image is synonymous with the stability and traditions of the British people. The queen is most likely to be spotted among large crowds of people, if she appears in bright colors, such as yellow, fuchsia, purple, chartreuse, or bronckles.

The Queen's bold wardrobe is so special that it has inspired many industry professionals to write books dedicated to recording any delightful piece of clothing the Queen wears. In "The Queen of the Rainbow," Welsh journalist Sally Hughes recorded the color rings of Her Majesty's clothes, says Hughes. “The Queen does not wear green in grassy places, nor dark colors on dark furnishings.”

The Queen’s commitment to a vibrant color palette is a sign of her respect for those who personally support her, and the Countess of Wessex, Sophie Rhys-Jones, says in the documentary The Queen in the 90s (2016): “She needs to stand out so that people can cheer up and say: We've seen the Queen ». Over the 60 years of her reign, the Queen has amassed an army of servants, but few are assigned the task of sewing royal clothes, and British designers such as Norman Hartnell, Hardy Ames, Stewart Parvin and Angela Kelly helped develop her style in this regard and alienate her About trends that could cause them to lose popularity quickly.

From precise hemlines and bet-worthy hats to widely researched weather forecasts, Kelly, the Queen's clothing advisor for nearly three decades and confidante, has devised a tight formula that achieves the goal of each of her 300 annual engagements. local, the Queen's clothes would have no value if they weren't special.

The right clothes for every occasion

"The other side of the coin is my role as the Queen's stylist, making sure Her Majesty is dressed appropriately for every occasion," Angela Kelly wrote in her memoir, which was approved by the Queen in 2019.

"I look for the movement of colors with soft, light materials, and sometimes I turn on a fan to see how the colors look with the breeze, or with the change of light, or when Her Majesty moves to indoor places, all of this will have an effect on the color and texture of the fabric," she says.

Afternoons, which the Queen usually spends roaming the fiefs of Balmoral in Scotland, the Queen exchanges her designs of various colors for the quiet country clothes made of "tweed" and "tartan", and her off-duty clothes are just as important, and often pave the way for political arrangements.

And in 2016, when the family of former US President Barack Obama arrived at Windsor Castle to meet Her Majesty for the third time, the Queen wore a silk scarf pinned under her chin (a hallmark of her casual attire), suggesting familiarity and a casual tone.

The Queen's style of choosing clothes is a form of diplomacy as much as it is an expression of identity, and in 2011 Her Majesty became the first British monarch to visit the Republic of Ireland since its inception, and the first to enter this country in a century, and the Queen brilliantly demonstrated the capabilities of the soft power of fashion, as She arrived in Dublin wearing a green coat and hat matching Ireland's national color, and later in the visit, she wore a silky white gown embellished with more than 2,000 hand-embroidered trees, and an Irish harp brooch made of Swarovski crystals.

Experience in the visual image

Even early in her career, the Queen was versed in the value of the visual, and upon her rise to power during World War II, the image of the young princess quickly became a reflection of hope and optimism in war-torn Britain. Carefully reflecting authority, elegance and decency, her wardrobe was one of the most readily available sources in this regard.

In 1947, two years after the end of the war, the Queen used clothing ration vouchers to buy her wedding dress (coupons were distributed to buy various things, due to the conditions of World War II), a common practice for brides at the time, it was a sign of her adherence to the common people, Although Her Majesty received an additional 200 coupons from the government to help cover the cost, the wedding dress was designed by Norman Hartnell, made of ivory silk and "satin" with a 15-foot train.

At the funeral of her beloved husband, the Duke of Edinburgh, the Queen wore all-black in keeping with the tradition of mourning, and this bleak outfit of Her Majesty, usually in bold colours, was made all the more poignant by its rarity, and was affixed to it a Richmond brooch, a diamond wedding gift given to the Queen Mary in 1893, Her Majesty the Queen inherited this piece in 1953, and she wore it to Harry and Meghan's wedding in 2018.

The Queen's style of choosing clothes is a form of diplomacy, as much as it is an expression of identity.

• During the 60 years of her accession to the throne, the Queen has amassed an army of servants, but few of them were assigned the task of sewing royal clothes.

• In the afternoons, which the Queen usually spends in roaming the feudal lands of Balmoral in Scotland, the Queen exchanges her designs of various colors, to wear quiet rustic clothes made of "tweed" and "tartan".