At the suggestion of Erdogan.. a wrestling of arms between the Minister of Industry and a Turkish player

A young man who plays arm wrestling in Turkey asked President Recep Tayyip Erdogan to face him in the "Rest" match, so what happened? 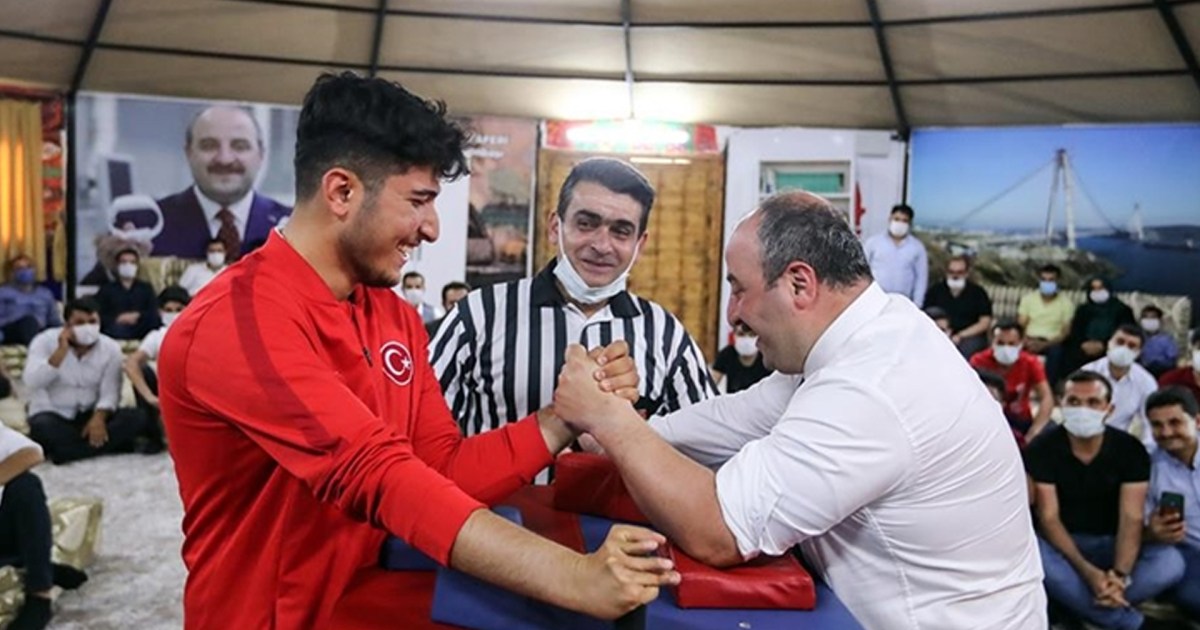 A young man who plays arm wrestling asked Turkish President Recep Tayyip Erdogan to face him in a "Rest" match.

The President replied to the young man: I do not have the strength, but I can send you Mustafa Warnek, Minister of Industry and Technology.

In a video clip published by the Justice and Development Party's account, the minister appears to have accepted the challenge, and confronted the young man in the "Rest" match, but lost to him.