National Interest: The collapse of Lebanon heralds the outbreak of wider unrest in the region

A Western researcher specializing in the affairs of the Middle East and North Africa warned that the collapse of the Lebanese state threatens to ignite wider regional strife and conflicts. 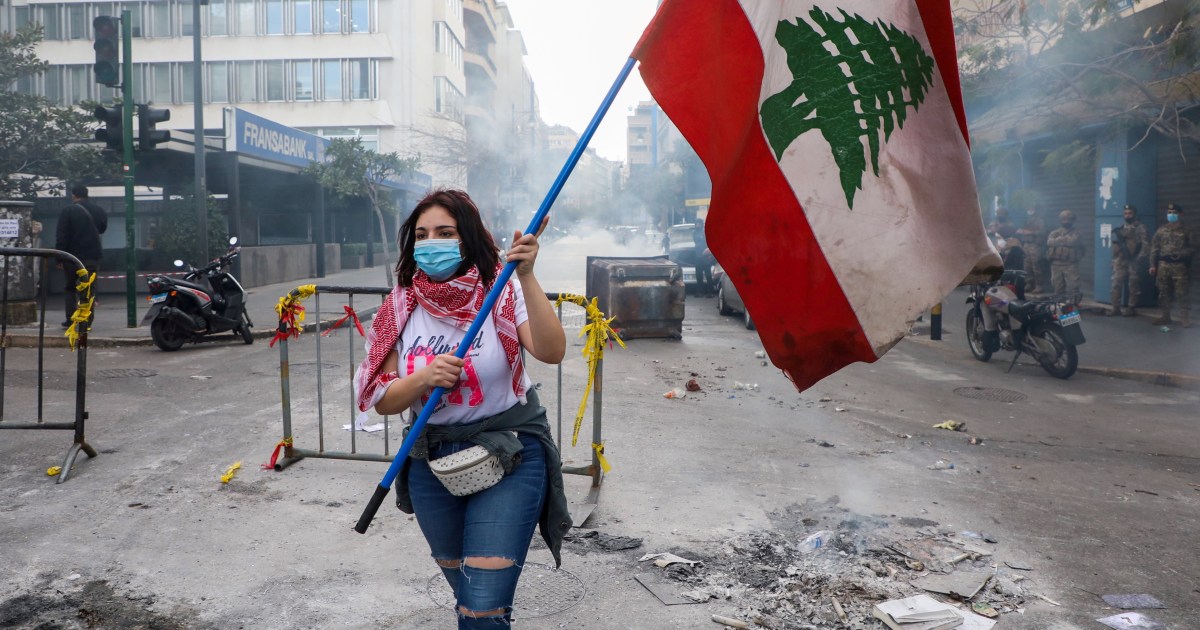 A Western researcher specializing in the affairs of the Middle East and North Africa warned that the collapse of the Lebanese state threatens to ignite wider regional strife and conflicts.

Researcher Alexandre Langlois wrote - in an article published by the magazine "National Interest" - that Lebanon is on the verge of becoming a failed state, yet it is easy for many to turn a blind eye to what is happening there in the midst of a turbulent Middle East overflowing with regional issues and conflicting priorities.

The author warns that the current situation in Lebanon will have profound negative repercussions with fundamental external consequences.

What is certain is that the Lebanese situation is intricately intertwined with the political geography of the Middle East, which world leaders should recognize "to stave off the next catastrophe that will extend beyond Lebanon's borders."

The writer goes on to say that the size of the political and economic issues under which Lebanon is afflicted indicates potential dangers.

A recent report by the World Bank paints a bleak picture.

The writer comments on this by saying that economic metrics do not lie. GDP shrank by nearly 40% between 2018 and 2020, and the unemployment rate rose from 28% in February 2020 to 40% in December 2020, and the real exchange rate reached The Lebanese pound on the black market has reached 17,000 pounds for one US dollar.

Imports of goods decreased significantly by about 45%, as inflation led to an increase in the volume of currency in circulation by 197%.

As a result, more than half of Lebanon's population lives below the poverty line.

The World Bank report describes the economic crisis in Lebanon as a “deliberate depression,” an appropriate term for the situation in that Arab country.

The ruling class here has done little to address the structural issues that lie behind a crisis whose failure to form a government for more than 8 months is the best manifestation.

Instead of addressing the crisis, the political figures were busy - according to the writer's expression - in seeking to preserve the patronage system that they enriched behind, because any serious structural reforms would put an end to their looting of the country's wealth.

The result was "artificial political paralysis that will not harm anyone but the Lebanese."

The writer finds it difficult to argue that Lebanon is not heading towards collapse and the ensuing conflict, as sectarian and ethnic strife has raged, while differences between political parties are raging within the framework of patronage networks.

This is particularly true of the relationship between Lebanese citizens and Syrian refugees.

The economic hardship has been undeservedly blamed on 1.5 million Syrian refugees - 90% of whom live in extreme poverty - and considered "scapegoats".

Herein lies the broader regional dimension of the Lebanese crisis and one of the external effects of destabilizing countries, according to the National Interest article.

As much as it is impossible to blame the current problems of Lebanon on the Syrian refugees, their presence there has provided the political elites with a “scapegoat” to sow the seeds of unrest among the ethnic groups.

Add to that - the writer says - the Syrian currency crisis, which is driven by the Lebanese pound crisis, and vice versa.

In the end, instability in one of the two countries will inevitably produce a similar situation in the neighboring country.

These mutual links between Syria and Lebanon are intertwined with the geopolitics of the region more broadly.

Perhaps the efforts to normalize relations between the Arab Gulf states and Damascus - although they focus partly on lucrative reconstruction plans - may also appear to be an attempt to counter Iranian influence in both Syria and Lebanon.

On the other hand, Iran continues to play a major role in supporting armed groups such as Hezbollah in Lebanon and Syria.

Instead of flexing its economic muscles, Iran and its allies tend to spread their ideology and show their strength, which reflects their constant quest to maintain a sphere of influence for them from Iran to the Mediterranean, "a strategy that bears fruit regardless of the internal obstacles caused by the economic hardship," according to the author.

The writer goes on in his article, warning that the collapse of Lebanon may set off a chain of events that would lead to further destabilization of the region.

Moreover, the fragmentation of Lebanon may cause a rift in the internal alliances that were formed by personal initiatives within the state, but they may disappear from existence if the state collapses.

The writer believes that the tendency to blame others may lead the country to violence, which will have a profound negative impact on Lebanese society and efforts to stabilize the region, such as the recent dialogue between Saudi Arabia and Iran.

Alexander concludes his article by stressing that the inaction of the international community regarding what is happening in the region does not only prolong the suffering of the Lebanese, along with the Syrian and Palestinian refugees; It will also make the situation worse.