Cospedal will disassociate himself from the 'Kitchen operation' before the judge

The former general secretary of the PP María Dolores de Cospedal will completely disassociate herself this morning before Judge Manuel García Castellón from the so-called &amp; apos; Operation ... 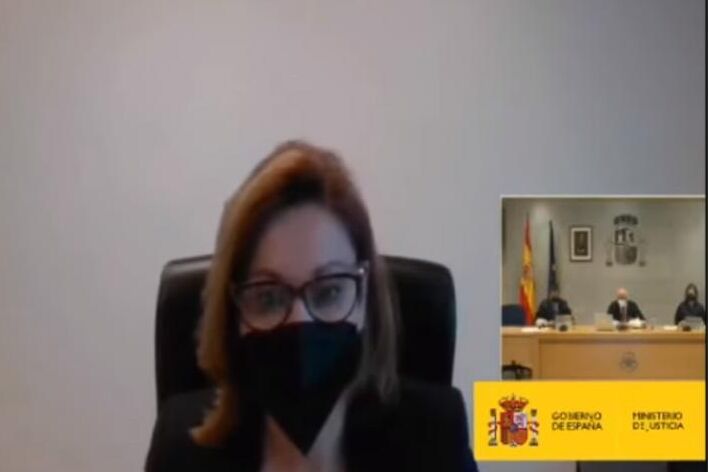 The former general secretary of the PP María Dolores de Cospedal will completely dissociate herself this morning before Judge Manuel García Castellón from the so-called 'Operation Kitchen'. Cospedal, who has been summoned at ten o'clock in the morning as investigated by the instructor Manuel García Castellón, maintains that she had no knowledge of the police operation orchestrated by the Ministry of the Interior to spy on the former treasurer of the PP, Luis Bárcenas, and that, by extension, never gave any instructions aimed at stealing sensitive documentation against the party.

The former leader of the PP has been cited by the head of the Court of Instruction number 6 of the National Court after appearing in multiple annotations in the last agendas intervened to the commissioner José Manuel Villarejo. According to these documents, confiscated by the Police last October at his home, Cospedal would have maintained fluid communication with the police high command to exchange information about Bárcenas. At first, and before the discovery of the Swiss fortune of the former 'popular' treasurer, to "save" him from his involvement in the 'Gürtel case' and, later, once the war against him was unleashed, to snatch the material he treasured against the party leadership.

The judge gives truth to these contacts between Cospedal and Villarejo since the commissioner's agendas include, to name a few examples, the email address of the former secretary general of the PP or the mobile phone number of his secretary. "It would be necessary to ask Cospedal if it was she who provided these data to Villarejo and, in that case, the reason why she did so," García Castellón stressed in the order by which he agreed to his accusation. As well as if she was aware of the "plan against LB" that the police high command wrote down in reference to conversations with her.

According to the judge, her husband, Ignacio López del Hierro, and her then Chief of Staff would also have participated in this supposed operation, who will also testify as investigated this week.

However, Judge García Castellón has warned that Villarejo's agendas do not constitute irrefutable evidence and that they constitute a mere indication that must be corroborated through other means of evidence.

Courts The judge again summons Bárcenas and his wife for the espionage they suffered in the? Kitchen operation?

Courts The judge maintains that the police officers of? Kitchen?

They hide the material that they stole from Luis Bárcenas