"We carefully checked all the information": a case of infection with the Delta Plus strain of coronavirus was revealed in Russia

The head of Rospotrebnadzor Anna Popova said that a case of infection with a strain of coronavirus known under the designation "delta plus" was detected in Russia. According to her, the virus was detected in a woman, she had been ill in a mild form. At the same time, the head of the department warned about the continued increase in the incidence of coronavirus in Russia. Popova spoke out against holding mass events without complying with the requirements in force against the backdrop of the pandemic. In the meantime, the Ministry of Health announced the development of guidelines for vaccination six months after suffering a coronavirus infection or primary vaccination. 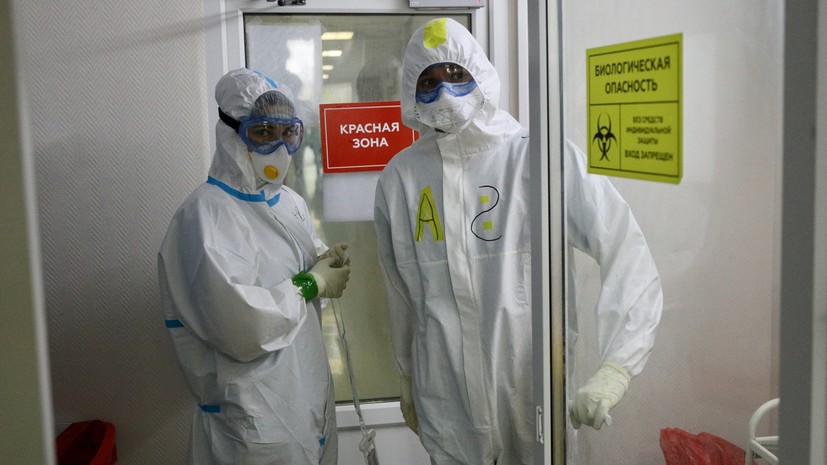 The head of Rospotrebnadzor Anna Popova said that one case of infection with the "delta plus" strain of the SARS-CoV-2 coronavirus was detected in Russia.

“In Russia, I want to clarify that the strain that was reported last week - we checked all the information very carefully.

The information was confirmed, this is indeed the "delta plus" option, - said Popova at a meeting of the coordination council under the government of the Russian Federation to combat coronavirus infection.

According to her, the sick woman "suffered from this disease in a mild form, everything ended well here."

Delta-plus is a variation of the delta strain, which in turn was previously called the Indian strain.

As Moscow Mayor Sergei Sobyanin said earlier, more than 90% of new cases of coronavirus infection in the capital are associated with this particular variant of the disease.

Along with this, Popova spoke out against the holding of mass events in Russia without observing the restrictions in force against the backdrop of the pandemic.

“Literally the last week, we have been observing how mass events are held in a number of subjects, despite clearly defined criteria for methodological recommendations,” Popova said.

In this regard, the department has prepared a draft resolution of the chief state sanitary doctor, which no longer indicates recommendations, but requirements for compliance with all the rules, depending on the epidemiological situation.

Also on russian.rt.com "We need measures to combat these swindlers": the Kremlin is concerned about falsification of vaccination certificates and QR codes

The head of Rospotrebnadzor also stressed that the incidence of coronavirus is growing in all regions of Russia.

According to Popova, "the situation remains extremely tense."

She noted that people from the active age group began to get sick more often.

“Over the past three weeks, the maximum incidence rate of the age group is from 18 to 49 years.

The trend continues, this is an active population, ”explained Popova.

Recall that in Russia over the past day, the increase in cases of coronavirus infection amounted to 20 616 people.

In total, 5,493,557 cases of COVID-19 have been recorded in the Russian Federation since the beginning of the pandemic.

The Ministry of Health has prepared guidelines for vaccination of COVID-19 patients or those previously vaccinated against coronavirus, said the head of the department, Mikhail Murashko.

The minister spoke about this at a meeting of the coordinating council under the government of the Russian Federation for the fight against coronavirus infection.

“We have prepared guidelines for vaccination of the population - those who have suffered a coronavirus infection or were previously vaccinated,” said Murashko.

He said that it will be possible to vaccinate six months after the illness or primary vaccination.

The corresponding recommendations were approved by the Ministry of Health and will be sent to the regions on June 29.

Murashko added that after the achievement of herd immunity and after stabilization of the situation, vaccination can be carried out once a year.

Assessing the situation with vaccination in Russia, Murashko mentioned the leading regions in this indicator.

“Since June 16, we have seen a significant increase in the specific rate of vaccination.

I would especially like to mention Bashkortostan, Moscow region, Moscow.

The leading regions are the Chechen Republic, the Moscow region, the Belgorod region, Moscow, the Tyumen region and a number of others, ”the minister said.

Meanwhile, Denis Logunov, deputy director of the Gamaleya Center for Scientific Work, denied media reports about a strong decrease in the effectiveness of Sputnik V from the Indian strain.

“I want to emphasize once again that a 2.6-fold drop is an extremely insignificant drop.

This is less than all other vaccines in the world (including -

According to him, the only way to defend oneself is "to follow the path of Israel and get vaccinated, protect and save citizens, and not fan this anti-vaccination fire."

According to him, the third vaccination is capable of forming an antibody titer that exceeds the figure that is observed after two injections.

"The vaccination is tolerated safely, and secondly, the antibody titers are even higher than with the first two vaccinations," he said.

Director of the Research Center for Epidemiology and Microbiology named after Gamaleya Alexander Gintsburg emphasized that the coronavirus transferred in a mild form does not guarantee the acquisition of protection.

The scientist noted that in order to stop the pandemic, it is necessary to be vaccinated.

He also mentioned that the procedure should be done every six months.

“Those who have been ill should be vaccinated in order to constantly have high titers of protective antibodies in the blood.

And when the virus gets to us, God forbid, and we will be infected so that it meets immediately with a high concentration of antibodies that will neutralize it, ”he said.

Also on russian.rt.com Vektor commented on the data on the method of infection with COVID-19

According to him, if within the next few months it is possible to vaccinate about 70% of the population, then it will be possible to protect themselves from the causative agent of coronavirus infection.

“And those inconveniences associated with restrictions, with wearing masks, gloves, with the inability to attend public events, sports, restaurants, etc., will remain, I hope, in the past,” added Gunzburg.

At the same time, the President of the Russian Academy of Sciences (RAS) Alexander Sergeev said that the rate of vaccination remains low.

“Over the past month, there has been a shift, but very small.

To date, about 11.5% of Russians have been fully vaccinated.

This is clearly not enough.

According to the laws of epidemiology, the pandemic will be defeated if 60-70% of the population is protected from infection, ”Sergeev read out the address of the Presidium of the Russian Academy of Sciences to the Russians.

Note that the Presidium of the Russian Academy of Sciences has already appealed to Russians to get vaccinated against coronavirus at the end of May.

Scientists then emphasized that vaccination is the most adequate response to a pandemic, and fears about vaccinations are not scientifically justified.