"Tomás Gimeno thought about escaping, but when he saw the Civil Guard he changed his mind and committed suicide"

While Ángeles Alvariño continues to search the sea for Tomás Gimeno and Anna, the hypotheses about what could have happened the night that Tomás took his daughters away continue ... 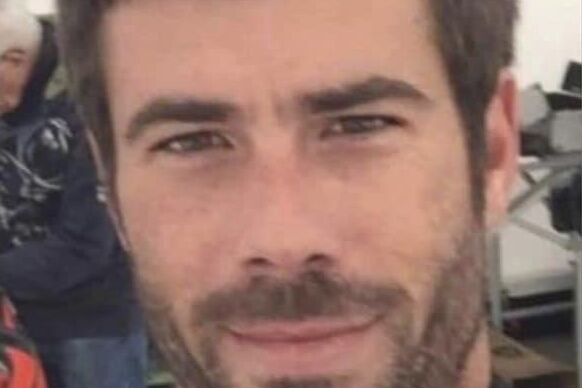 continues to search the sea for

, the hypotheses about what could have happened the night that Tomás took his daughters continue to grow. The spokesperson for the mother of the little

, has made reference in

to what could have happened from the alleged murder of the minors until Tomás Gimeno takes his own life, stating that

Tomás Gimeno's plan was He escaped

, but it was his encounter with the Civil Guard in

that led him to commit suicide.

"He had studied everything and he does everything in a robotic way, except the last part, that of taking his own life. When he goes out to sea again, after having murdered his daughters and having crossed paths with the police in the port, it

to make the decision to commit suicide was not regret but the fear of having to face society, social judgment. "" He was a narcissist and as such, he would not have borne the idea that they saw him as a coward, he wanted to be thought of as a hero, "

, in addition, has affirmed that the phrase that

, is "I don't understand." "He does not understand that a father could end the life of his two daughters, aged 1 and 6, just for hurting his ex-partner," he assured. Beatriz Zimmerman's spokesperson has confirmed that she still has hopes that the body of Tomás Gimeno will be found, since the "only way to close this circle is to find the body of this murderer."

, as far as I know, has not contacted the mother," Amills finally indicated. "Many members of his family had moved away from

because he was very aggressive, there had been quite big fights. Aggressions, even" he has sentenced

Meanwhile, the work to locate the bodies of

, the youngest of the two girls, continues, although, as the days go by, the possibilities diminish.

, head and coordinator of the team of experts who manage the

, the underwater robot with which the oceanographic vessel

, has acknowledged that the chances of finding Anna and Tomás Gimeno are "less and less", but ensures that they will keep trying until the robot says 'enough'.

In an interview in La Cope,

explained that at the moment they continue to track the area that the Civil Guard is marking. He admits that it is a "complex" situation due to "the immensity of the sea" and he does not know how long they will continue to search for the remains of Anna and her father, although he assures that they will keep trying.

However, he distrusts "very much" that

, since when he gets out of the bag "the chances of recovering a body of such a small girl and in the sea are very difficult".

"Locating the bags with the anchor is relatively easy because it is a detectable object and it can be located, but

retrieving a body without any sign of signals is very, very difficult

, the girls' mother, thanked in a letter for all the work that the oceanographic vessel has been developing.

"We appreciate that letter and we are quite excited because it is a truly unimaginable situation that these things could happen," says Cubeiro, who assures that they have done everything in their power.

"We have sought and used all the means we have had, the hours that have been necessary and unfortunately we have only been able to recover

. We would have liked to recover the two girls, at least so that they could rest and their mother would know where they are", points out.

EventsTenerife: the chance that allowed Olivia to be found and that her father never contemplated

EventsTenerife: the Civil Guard is closer to Tomás Gimeno