"Redistribution of volumes": how the Polish gas pipeline Baltic Pipe can affect the European energy market

In the Baltic Sea, work has begun on laying the Baltic Pipe gas pipeline. This was reported by the Polish gas transmission company Gaz-System, which is engaged in construction. It is planned that the gas pipeline will start working in 2022. The project dates back to the early 2000s, but only 20 years later it came to its practical implementation. The gas pipeline is going to stretch from the Norwegian shelf to the coast of Poland through Danish waters. Warsaw is positioning the project as an alternative to Nord Stream 2. However, experts are skeptical about such statements, since Norway cannot significantly increase gas production. 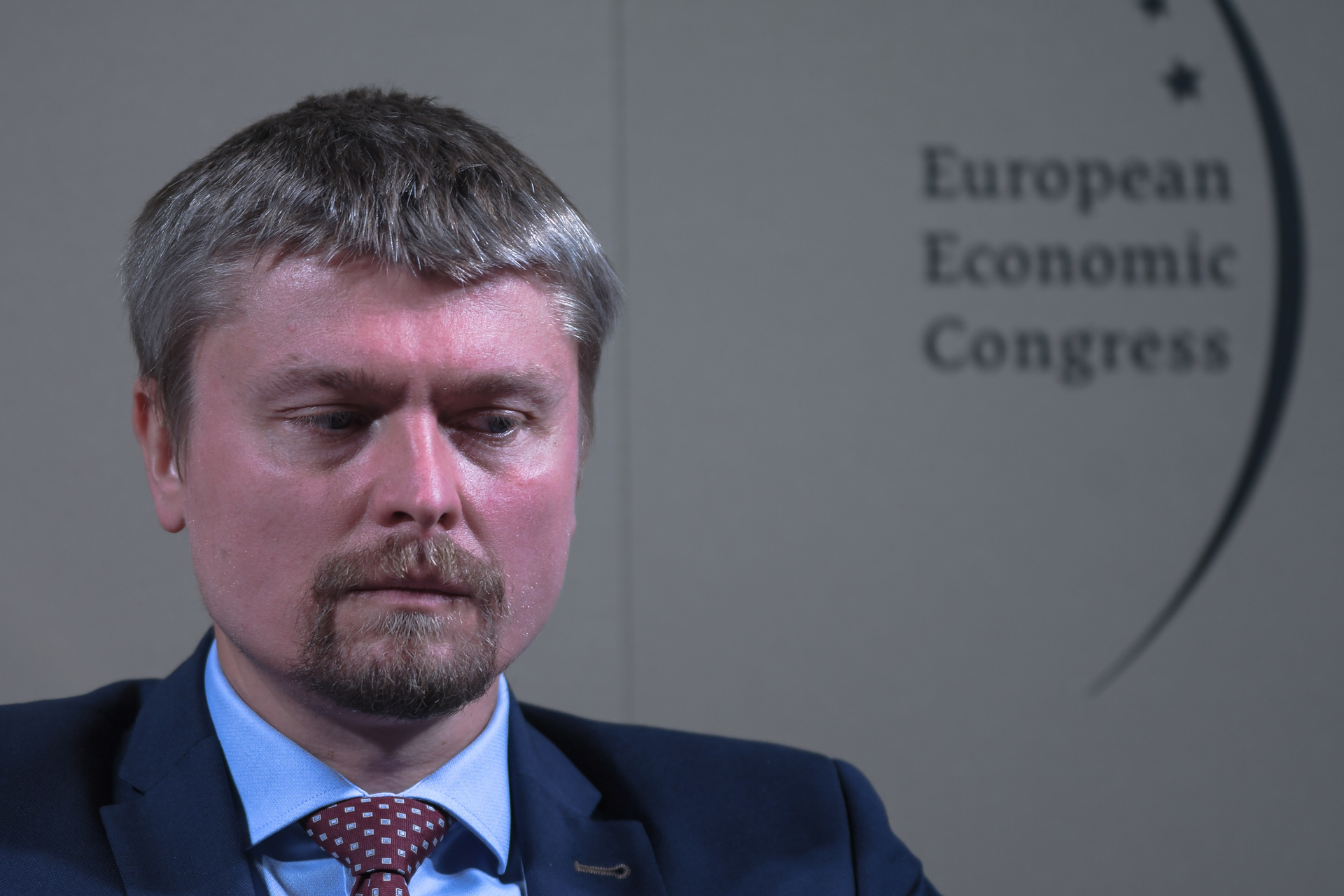 The operator of the Polish gas pipeline network Gaz-System has begun laying the offshore section of the Baltic Pipe under the Baltic Sea.

This was reported on the website of the Polish gas transmission company.

The work started in the waters of Denmark, near the island of Bornholm.

The pipeline is being laid by the Castorone vessel; the ship will move along the pipeline route in the northwest direction and lay the pipeline at the greatest depths.

According to the head of Gaz-System, Tomasz Stempen, the vessel is one of the largest specialized ships of this type.

“By the end of this year, we plan to weld and lay on the bottom of the Baltic Sea 275 kilometers of a pipeline that will connect the coasts of Poland and Denmark,” said Tomasz Stempen.

In addition to Castorone, the vessels Castoro Sei and Castoro 10 will take part in the laying of the offshore gas pipeline.

Piotr Naimski, Commissioner of the Polish Government for Strategic Energy Infrastructure, noted that the Baltic Pipe investment project will be implemented in stages, in accordance with the schedule.

“The weather and other circumstances that we cannot influence can be changeable, but we do not slow down and do our job.

Today (operator) Gaz-System begins laying the offshore section of the pipeline so that the project can be completed and fully operational in 2022.

Then Baltic Pipe will become one of the main components ensuring the energy security of Poland, ”he said.

As reported on the website of the Baltic Pipe project, after commissioning, the gas pipeline will allow the supply of fuel from Norway to the Danish and Polish markets, as well as to neighboring countries.

In addition, it is possible to transport natural gas directly from Poland to Denmark.

The pipeline is planned to consist of five components, including a pipeline between Denmark and Poland under the Baltic Sea and the expansion of the Polish gas transmission system.

The idea of ​​creating a gas pipeline from the Norwegian shelf to the Polish territory first appeared twenty years ago.

In 2001, the Polish energy company PGNiG and Danish DONG signed an agreement to build the Baltic Pipe offshore gas pipeline.

However, the project was soon recognized as economically inexpedient and frozen.

Subsequently, the parties returned to the idea of ​​building a gas transmission pipeline.

In the summer of 2017, Poland and Denmark signed a memorandum on the implementation of the offshore gas pipeline project.

At the end of 2017, the Polish energy company PGNiG reserved the capacity of the future gas pipeline for 15 years ahead.

The amount of the contract is about $ 2 billion. The design capacity of the pipeline is 10 billion cubic meters of gas per year.

The project received support from the European Commission through the Connecting Europe Facilit (CEF) program - we are talking about assistance to infrastructure projects that are significant for the whole of Europe.

At the same time, the Polish authorities openly oppose the Baltic Pipe to the Russian-German gas pipeline Nord Stream 2.

As the spokesman for the Polish government, Piotr Müller, said in September 2020, Warsaw is ready to offer Berlin the Baltic Pipe as an alternative to Nord Stream 2.

The representative of the Polish Cabinet of Ministers stressed that Warsaw from the very beginning emphasized the importance of European solidarity in the energy sector.

According to experts, both these statements and the Baltic Pipe project in general are primarily political, not economic motives.

“Poland initiated the project for political reasons, as it does not want to buy gas from Russia.

And the main goal of Baltic Pipe is to create an alternative gas supply channel to Russian fuel, "Anna Kokoreva, senior analyst at the international insurance company Coface, explained in a comment to RT.

Stanislav Mitrakhovich, an expert at the National Energy Security Fund, lecturer at the Financial University under the Russian government, shares a similar opinion.

“Poland is guided exclusively by political motives in the construction of the Baltic Pipe.

At the same time, it is strange to compare this gas pipeline with Nord Stream 2.

The projects have completely different capacities: Nord Stream 2 - 55 billion cubic meters of gas per year, Baltic Pipe - 10, "the expert recalled in a commentary on RT.

Experts note that the level of natural gas production in Norway will not allow for a strong increase in supply volumes.

Therefore, it is not worth talking about new sources of supplies after the opening of the Baltic Pipe.

It is, rather, about the redistribution of existing volumes in the European market.

The only thing is that after the commissioning of the Baltic Pipe, Poland will receive new arguments in the bargaining with Gazprom on the terms of the next gas supply contract, ”Stanislav Mitrahovich believes.

“It is unlikely that new gas fields will be discovered in Norway.

Therefore, the level of gas production in the country is gradually declining.

It should be understood, however, that Poland has relatively small gas needs in comparison with the Federal Republic of Germany.

So, gas supplies via the Baltic Pipe may be enough for Warsaw, ”the expert noted.

In October 2019, Denmark approved the construction of the Baltic Pipe gas pipeline in its territorial waters.

Polish President Andrzej Duda announced the start of construction in May 2020.

He explained that the pipeline will first go from the Norwegian shelf to Denmark, and then to Poland.

Not without delays - in June 2021, the Danish authorities canceled a building permit issued earlier.

The decision was taken by the Danish Environment and Food Appeals Board.

The reason for the cancellation of the permit was the lack of knowledge about the protection of wildlife during the pipe laying.

Commenting on the ban, Deputy Foreign Minister of Poland Marcin Pshydach said that the decision of the Danish authorities could have been not only concerned with the environment, but also other motives.

“Of course, we will try to clarify this issue as soon as possible, although we understand that there are often other interests behind the topic of the environment,” the Polish diplomat said at the time.

It was only possible to resume construction after the Danish Environmental Protection Agency announced on June 19 that construction could be resumed in certain parts of the 210-kilometer section of the Baltic Pipe gas pipeline in Denmark.

According to experts, the implementation of the Baltic Pipe will not affect the European energy market.

As Anna Kokoreva noted, the project is unlikely to be quickly implemented taking into account the current economic and political conditions.

“Given that the spread of the coronavirus has severely shaken the global economic system, including the Polish economy, it is unlikely that investors and the Polish government will now actively invest in a rather dubious project, because any gas pipeline has payback periods that are more than one year old.

I expect that the project will be implemented at a slow pace and will not change the European energy market, ”the expert noted.

In turn, Stanislav Mitrahovich believes that since the construction of the gas pipeline will not be completed by the end of this year, Poland will be forced to conclude a contract with Gazprom for the supply of fuel for some time.

“In general, the Baltic Pipe project is not a solution to problems for Poland and some EU countries that would like to get rid of their dependence on Russia.

The pipeline will only provide an opportunity to redistribute Norwegian gas so that it goes not to Germany, but to Poland.

Accordingly, Russia will soon fill the volume that will not be enough on the German market, ”Mitrakhovich summed up.