Singer, harmonica player, guitarist and social critic Per Åke Tommy "Peps" Persson has died on Sunday. This is what his publisher Dag Häggqvist tells SVT. - I have been asked by his partner to tell me that he died this morning. 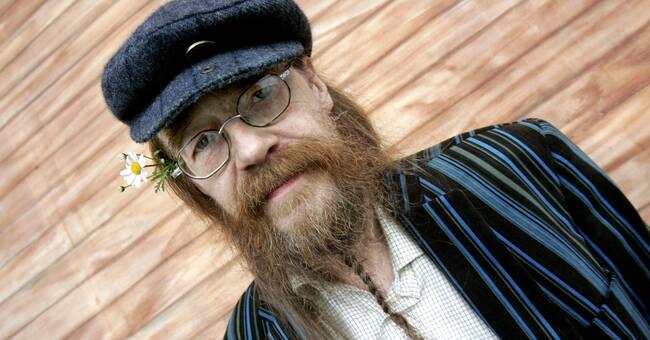 - He had been bad for a while, but it became urgent this morning, says publisher Dag Häggqvist.

is perhaps the most quoted chorus that came from Peps Persson's rich song catalog, which he created together with Peps Blodsband, whose recordings from the mid-1970s have become iconic Swedish classics;

among other things, the song "False mathematics" from the album Blodsband (1973) was on Svensktoppen for fifteen weeks.

Peps Persson was born in Helsingborg on December 20, 1946 and grew up in Tjörnarp where he started his first band Pop Penders in 1962. Together with Örebro-based Blues Quality, he formed Peps Blues Quality which released the album Sweet Mary Jane in 1969.

Then the Pep Bluesband was formed, which in 1973 abandoned the blues music in favor of reggae and was renamed the Pep Blood Band.

The band did a number of covers of reggae king Bob Marley's music, which were renamed with titles in Scanian, for example Liden saw and Steer it up.

- It was a very long time since he performed.

He has not performed for a long time, says publisher Dag Häggqvist.

Peps Persson also collaborated with a younger generation of musicians such as Nisse Hellberg, Wilmer X and Timbuktu.

He mastered a wide range of instruments;

in the song Rotrock from 1980, he played all the instruments himself.

The social critic Peps, with his characteristically diphthong-rich Scanian, could also express a very uncomplicated joy over life, as in the song Oh boy from the album Spelar för livet (1992).