Lopes: People here are hungry.. Lebanon is descending into hell

The French magazine Le Nouvel Ops said that Beirut was the capital of the Middle East for fresh life and the center of a civil movement full of vitality and ambition, until corruption and the lack of a sense of responsibility plunged it into a quagmire of misery and despair. 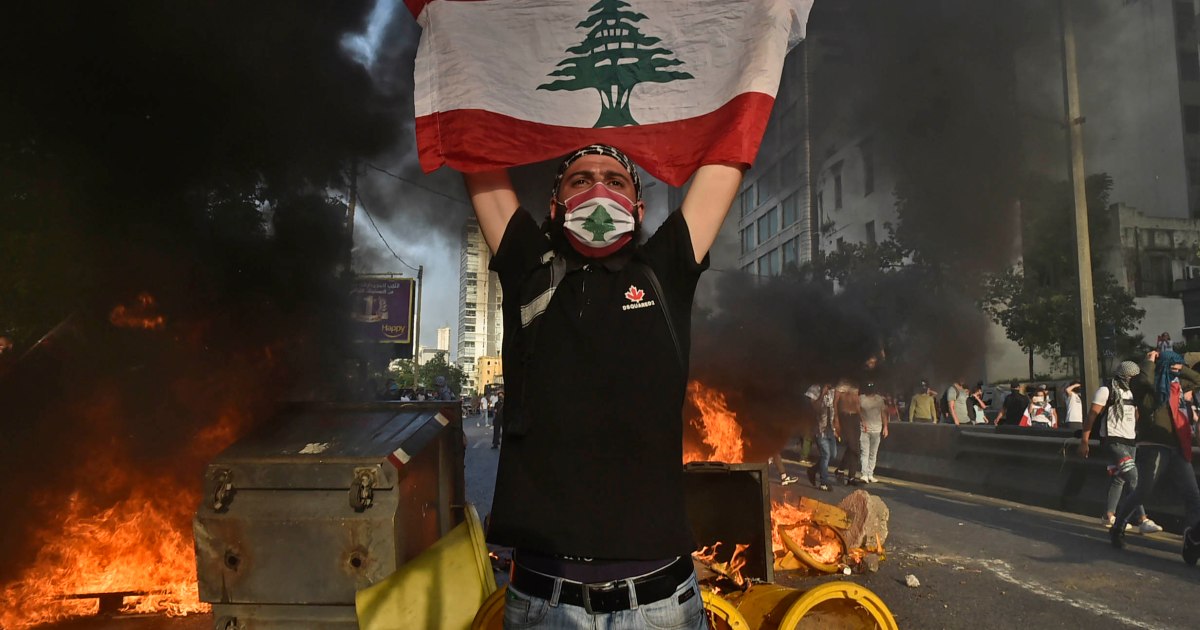 The French magazine Le Nouvel Obs said that the Lebanese capital, Beirut, was the capital of the Middle East for fresh life and the center of a civil movement full of vitality and ambition, until corruption and the lack of a sense of responsibility among the country's political elites plunged it into a quagmire of misery and despair.

And the magazine stated - in a report by its special envoy to Lebanon, Marie Fatoun - that the country that was shaken in August 2020 by a devastating explosion in the port of Beirut, the repercussions of which continue to this day, suffer from countless problems, not the last of which are record debt levels and the deterioration of the value of the lira. And the emigration of competencies, the corruption of the system, the burning political crisis that does not end, and the theft of people’s savings by the banks.

The Lebanese writer, born in Beirut in the 1960s, Sherif Majdalani, says that "Lebanon has actually entered into an economic chaos. Everything is now bartered, replaced, sold and bought with money. The country is running to its death like a beheaded chicken and we are coexisting with the situation."

Majdalani speaks, describing the troubles and misery of a daily life whose features have completely disintegrated, pointing to a mixture of irony and hopelessness to the currency crisis, suffocating banks, the accelerating epidemic and rampant corruption in a ruling political class that is unable to think beyond its narrow interests.

He also recounts the diaries of the collapse of a society that failed miserably, and was forced to live in a parallel world ruled by bargains and black markets, a world of gaps between the rich who can buy their own electricity generators and the provision of drinking water through tankers, and the poor begging on the sidewalks of Beirut.

In a report issued earlier this month, the World Bank considered the economic and financial crisis in Lebanon "among the 10, if not the 3 most serious crises in the world since the mid-nineteenth century."

The newspaper adds that the country has been living for 10 months without a government, and the United Nations has confirmed that 60% of its population is below the poverty line, while the unemployment rate has reached 39.5 percent, and the national currency has lost 90% of its value against the dollar, and food prices have increased five times since end of 2019.

Ziad, 39, who is from the middle class, which still has purchasing power and "lar" (a combination of the words dollar and lira, in reference to the outstanding savings in Lebanese banks) said that "time is no longer the same as time, and money is no longer worth anything. It multiplies and nothing is stable. We all have the impression that we are floating in an unspecified time and place.”

In this context, Le Monde stresses that the Lebanese pound has effectively transformed since the beginning of the banking crisis at the end of 2019 into a fictitious currency with almost no value, but a sector of the Lebanese are still exchanging it for checks or transfers based on a transfer price set by the Central Bank of Lebanon, which is 4 times lower than the price of Black market.

She concludes that the capital of Lebanon cries one day and laughs one day at the impact of the crisis. At night, cars crowd the streets and young people of all sects celebrate their newly discovered freedom in crowded cafes. With tinted windows next to rusty tuk-tuks, "Everyone is equal in the face of crisis."