Security law in Hong Kong: the pro-democracy newspaper "Apple Daily" on the verge of closure

The pro-democracy Hong Kong daily Apple Daily announced Monday, June 21 to its readers that its board of directors will vote on June 25 on a possible closure of the newspaper, after the ... 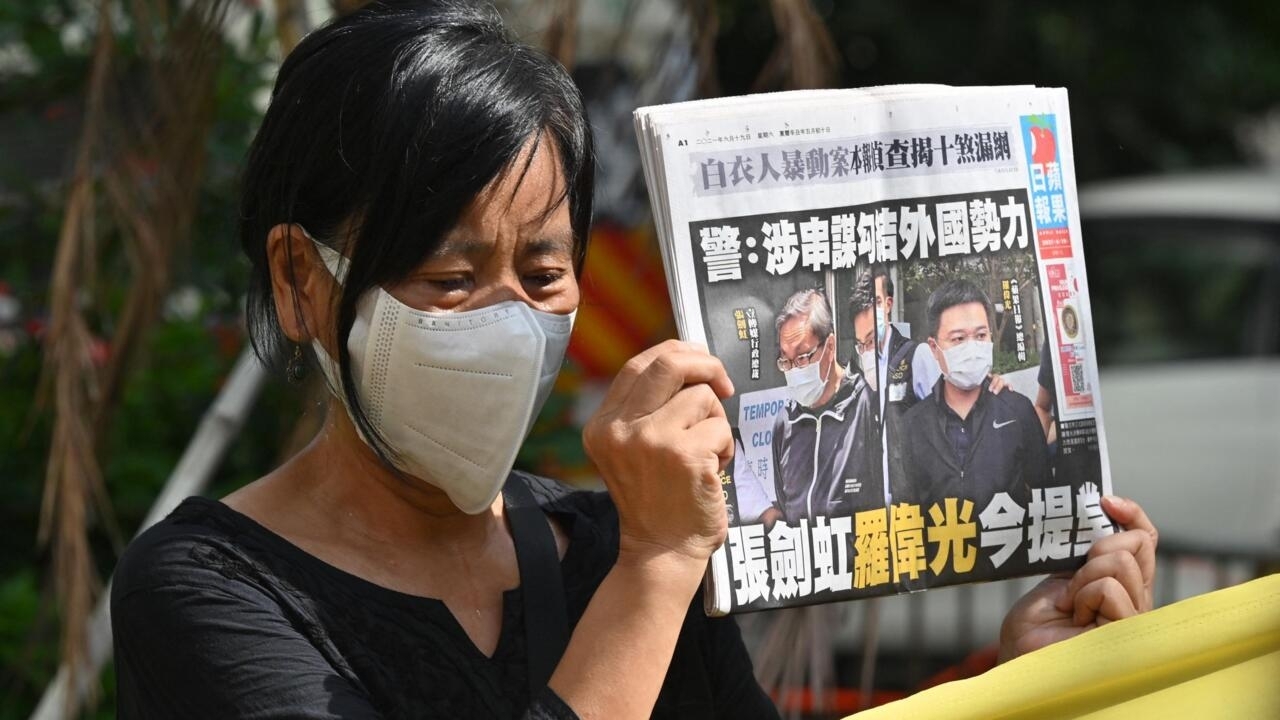 Security law in Hong Kong: the pro-democracy newspaper "Apple Daily" on the verge of closure

The pro-democracy Hong Kong newspaper could decide to close its doors on June 25, 2021, after its assets were frozen under the Hong Kong National Security Act.

announced to its readers on Monday (June 21) that its board of directors will vote on a possible closure of the newspaper on June 25, after its assets were frozen under the national security law.

A law imposed in 2020 to quell any dissent in the former British colony.

The board of directors has decided to meet on Friday to determine whether it should end Apple Daily,

" the daily said in a notification sent to its readers.

has displayed unwavering support for the pro-democracy movement and has not failed to sharply criticize the Chinese leadership.

Its owner, the press mogul

is currently in custody, sentenced to several prison terms for his involvement in pro-democracy protests in 2019. He is also charged under the National Security Act, punishable facts life imprisonment.

Mark Simon, an adviser to Jimmy Lai living abroad, said Monday morning that the newspaper's asset freeze was preventing it from continuing to operate.

This measure was ordered last week, a few hours after a search of the newspaper's editorial staff and the arrest of five of its leaders.

Our problem is not that we don't have funds, we have $ 50 million [42 million euros] in the bank

Our problem is that the secretary in charge of security and the police does not let us pay our journalists [...] our staff and our suppliers.

They blocked our accounts.

First lawsuits against political opinions published by a press organ

On June 17, more than 500 police officers raided the premises of the daily.

They arrested five of its leaders over a series of articles which police said called for international sanctions.

Two officials of the daily, the editor of the title Ryan Law and its managing director Cheung Kim-hung, were indicted on Friday (June 18) for "

A Hong Kong court on Saturday refused their release on bail.

It is the first time that political opinions published by a Hong Kong news outlet have led to prosecution under the controversial law imposed by China in 2020 in an attempt to quell opposition and any dissent in the former colony. British.

more than ever in newsstands