F1: Verstappen offers Hamilton at the end of the suspense in France - France 24

F1: Verstappen offers Hamilton at the end of the suspense in France Le Castellet (France) (AFP) Red Bull shakes Mercedes into his French garden: Dutchman Max Verstappen won the French Formula 1 Grand Prix on Sunday, overtaking Briton Lewis Hamilton on the penultimate lap, in front of 15,000 spectators. The Marseillaise chanted in the three stands of 5,000 people, the blue-white-red flags waved by all and the cheers during the race gave this GP (the most importan 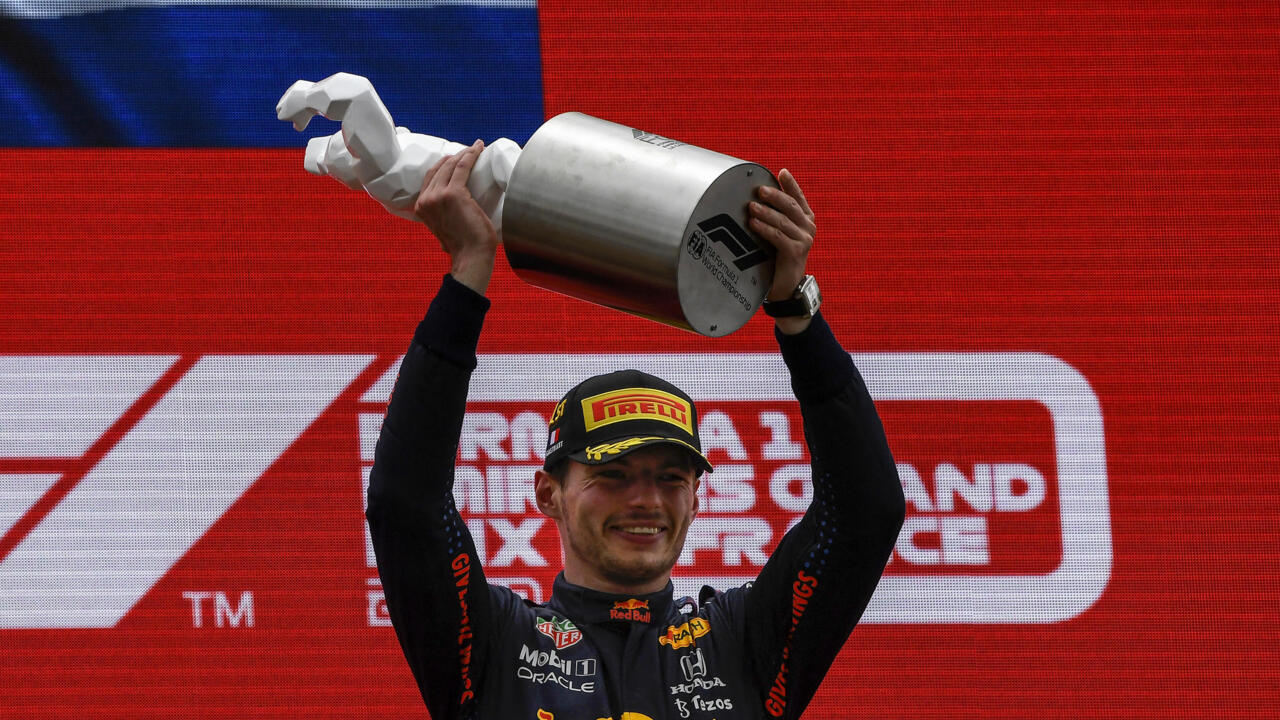 The Marseillaise chanted in the three stands of 5,000 people, the blue-white-red flags waved by all and the cheers during the race gave this GP (the most important event organized in France since the start of the pandemic ) an "air of normality" unanimously hailed on the paddock.

On the track, since the return of F1 to the Paul Ricard circuit, Le Castellet has rewarded Mercedes, with pole position and victory for Hamilton in 2018 and 2019 (the 2020 edition has been canceled because of the Covid-19).

Red Bull and his favorite driver (victim of a cruel accident when he left to win the previous round) ended it with the manner, by taking pole position first, then the top in the race.

This success, doubled by the point for the best lap, allowed Verstappen to extend his lead over the seven-time world champion in the drivers' standings from 4 to 12 lengths.

The second Red Bull of the Mexican Sergio Pérez completes the podium of the 7th round of the season, in front of the other Mercedes of the Finnish Valtteri Bottas.

Among manufacturers, the Austrian team now has a 37-point advantage over its German rival.

All had not started well for the poleman Verstappen, passed by Hamilton after losing control of his car at the first corner.

"I was very upset but we had to continue," recalls the Dutchman.

Everything, in fact, still had to be done.

An earlier pit stop and then a second shortly after halfway (when Hamilton only changed tires once) allowed him to seal the victory in the final kilometers.

"Our two stops paid off but we had to whip on the track to get there", assures the person concerned.

Seeing his team beat the seven-time reigning world champions for the 4th time in 2021 and the 3rd GP in a row is "very encouraging," said Verstappen.

But "we fought all the race and I think it will be like this all season", relativizes the Red Bull driver.

Dominated on a regular basis, his British rival is "no more disappointed than that."

"They had more power all weekend", can only note the Briton, whereas it was until then the strong point of Mercedes.

"We're going to have to find some rhythm because we were wasting time on the straights."

"Our only option was to stay on track and hope our tires hold up," said Hamilton, who did not seek to defend his position when the Dutchman launched his final assault.

"My tires were dead but it was still a good race."

It must also be said that after two disastrous rounds in the streets of Monaco and then Baku (with only 7 points scored) to be so close to Red Bull on a "normal" circuit would be almost a good news, if the standard of the Arrows of money since 2014 was not excellence.

In the battle of the middle of the table, McLaren (Norris 5th and Ricciardo 6th) largely outclassed Ferrari, in difficulty with its tires (Sainz 11th and Leclerc 16th).

As for the second Habs Esteban Ocon (Alpine), also in delicacy with his tires, he is only 14th.

Appointment is made next week for the Styrian Grand Prix, the first of two races in a fortnight on the Red Bull Ring in Spielberg, Austria ... Home, as the name suggests, of Verstappen and his family. .