The driver of a van struck several people gathered for a pride march, Saturday, June 19 in Florida, killing a man and injuring another, according to the American authorities ... 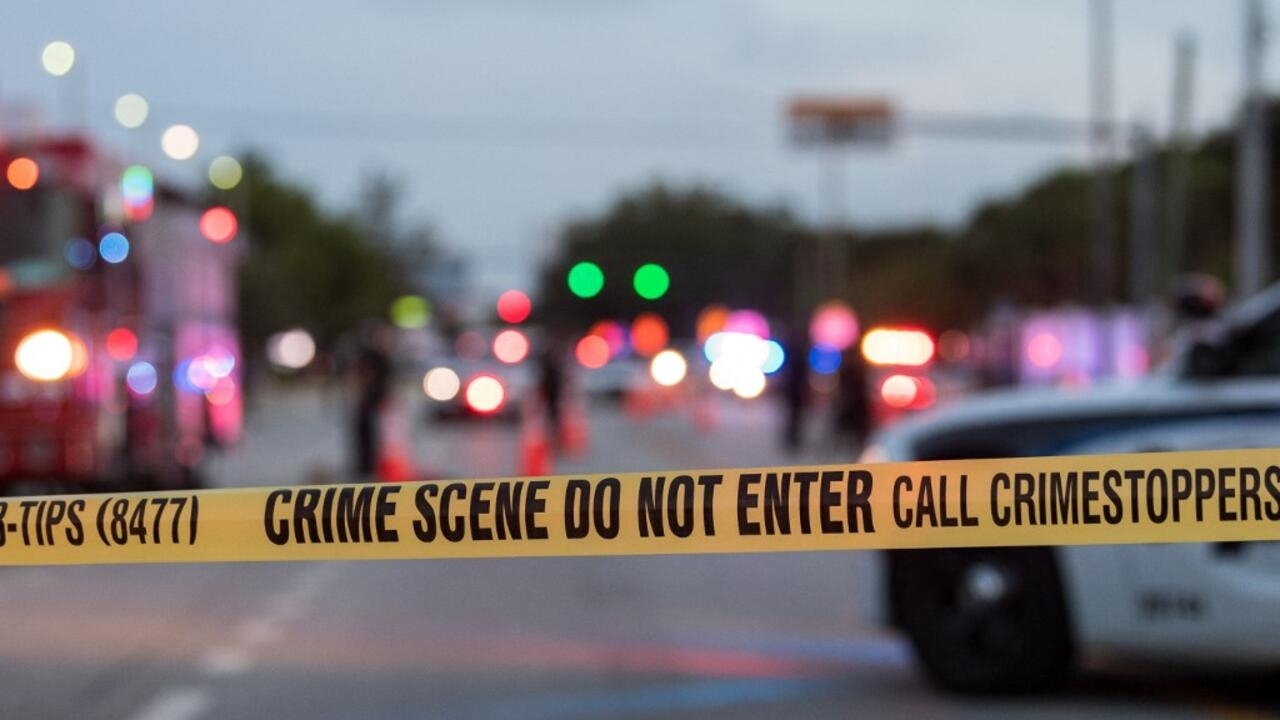 The driver of a pickup truck struck several people gathered for a pride march on Saturday in Florida, killing one man and injuring another, according to US authorities.

The incident took place at the start of the LGBT + parade in the town of Wilton Manors in Southeast Florida.

The driver of a pickup truck struck several people gathered for a pride march on Saturday, June 19 in Florida, killing one man and injuring another, according to US authorities.

The incident took place at the start of the LGBT + parade in the town of Wilton Manors near Fort Lauderdale in southeast Florida.

While the van appeared to be part of the procession, it was not clear whether this was an accident or a deliberate act by the driver of the van, who was arrested and taken into custody.

Police said they were investigating all leads.

The white van had lined up with the participating floats, but sped up and struck several pedestrians, before crashing into a nursery, Local 10 News reported.

Two men were taken to a medical center where one of them died, said Ali Adamson, a police detective.

All members of the same choir

The driver and the victims are all members of the Fort Lauderdale Gay Men's Chorus, according to a statement from the group's president, Justin Knight.

Our hearts and prayers are with those affected by this unfortunate accident which occurred as the Stonewall Pride Parade had just started,

” he said in a statement.

To my knowledge, this was not an attack on the LGBT + community.

We anticipate more details to follow and ask for the love and support of the community,

"A terrorist attack against the LGBT + community"

Fort Lauderdale Mayor Dean Trantalis, in attendance at the parade, for his part told Local 10 News that the van had in fact targeted the car of Democratic Congresswoman Debbie Wasserman Schultz, which was in a convertible, but had narrowly missed it.

This is a terrorist attack on the LGBT community

This is exactly what it is.

Not really an accident.

It was deliberate, it was premeditated, and it was targeted against a specific person.

Debbie Wasserman Schultz said on Twitter that she was "

I am deeply shaken and devastated that a life has been lost,

While the parade was canceled "

due to a tragic event

," other festival events continued, according to local police.

The month of June is LGBT + pride month, which commemorates the riots in Stonewall, a bar in Greenwich Village in New York, in front of which in June 1969, riots between police and homosexual people exasperated by the repression of their community.

These events would energize the movement for homosexual rights and give birth in June 1970 to the first New York Gay Pride.

Due to a tragic event, the Stonewall Pride Parade has been canceled but the festival events will continue.

How to promote the rights of LGBT youth?