&amp; quot; It is unacceptable that a group of retired people from the Armed Forces intends to incite the high command to break the rule of law &amp; quot ;. Francisco... 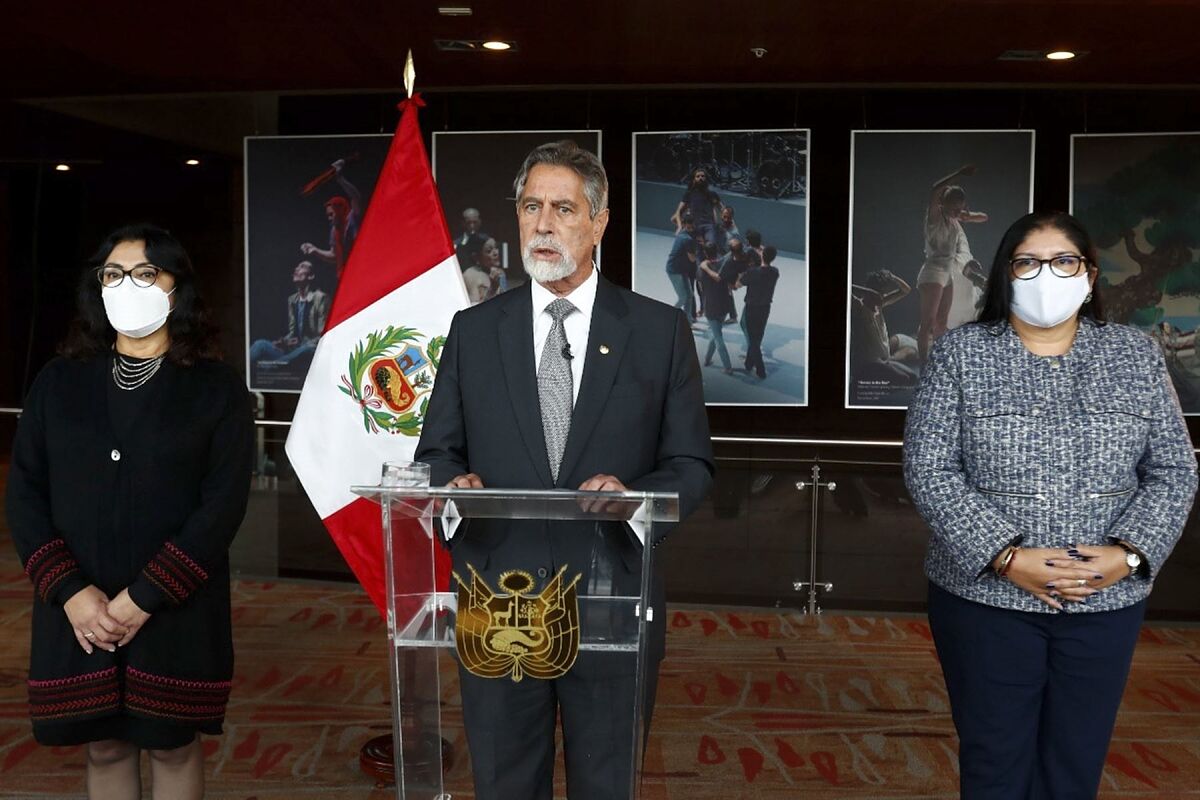 "It is unacceptable that a group of retired people from the Armed Forces intends to incite the high command to break the rule of law."

, president of Peru, was forced to appear in front of the country on Friday night to exhaustively reject the latest maneuver of those who do not accept the electoral results in the Andean country.

Escorted by the Prime Minister,

, and by the Minister of Defense,

, the first president announced that the Prosecutor's Office is already investigating who is really behind the letter addressed to the high command of the Army so that they do not recognize the results of the second electoral round, held two weeks ago.

The document only appears signed by one person and the rest is a list of names, in which even deceased uniformed men appear.

"They would have committed a crime linked to the conspiracy," Minister Esparch sentenced.

Already a week ago both the Ministry of Defense and the high command criticized the calls that were heard through social networks to deny the electoral result, which scrutinized 100% of the minutes places the leftist Pedro Castillo as the virtual president of the Andean country, with only 44,058 votes ahead of her rival, Keiko Fujimori, the dictator's daughter. The National Elections Jury will only proclaim the definitive winner when it has resolved all the challenges.

Popular Force (FP), the party of the populist leader, has so far failed to impose its thesis of

, a strategy similar to that used by Donald Trump in the United States. The Special Electoral Juries (JEE) have so far rejected all the requests made by FP, either due to lack of evidence or technical inaccuracies. In parallel, and with the same intention of delaying the proclamation of the president-elect, FP announced on Thursday that it will request the "habeas data" to have access to the electoral roll. Also a lawyer from the Fujimori orbit has presented his own appeal to declare the votes null and void.

The electoral mission of the

, on the contrary, ensures that the elections were carried out correctly and without serious irregularities.

It was precisely the OAS that in 2019 discovered and demonstrated the electoral fraud set up in Bolivia by the indigenous revolution to proclaim Evo Morales president in the first round.

These maneuvers also coincide with the last choking kick of the old Congress.

A group of FP and close deputies have raised a motion of censure against the Parliament's board of directors, despite the fact that they only have a few days left before the end of the legislature and they are the new congressmen, voted in parallel to the first presidential round, who take their seat.

"This measure is desperate, there are no elements to justify it. It would generate a new political crisis that would threaten the governability and stability that the country needs," said the parliamentary group of the centrist Purple Party, of which President Sagasti is a member.

The desperate crusade undertaken by Fujimori is not only for the presidency, but also for freedom.

On Monday, the right-wing leader will face the prosecutor's latest request to return to prison for allegedly breaking the rules of conduct imposed for her

Keiko, who has already spent more than a year behind bars, weighs an accusation from the Prosecutor's Office for money laundering and for being part of a criminal organization.

The anti-corruption prosecutor's request is for 30 years in prison

Foreign Pedro Sánchez in Argentina: in harmony with Peronism, no word from Peru