US official: Washington wants to conclude a deal to return to the nuclear agreement before the new Iranian president takes power

Axios news website quoted a US official as saying that the administration of President Joe Biden wants to conclude a deal to return to the Iranian nuclear agreement within six weeks, that is, before the new Iranian president takes office. 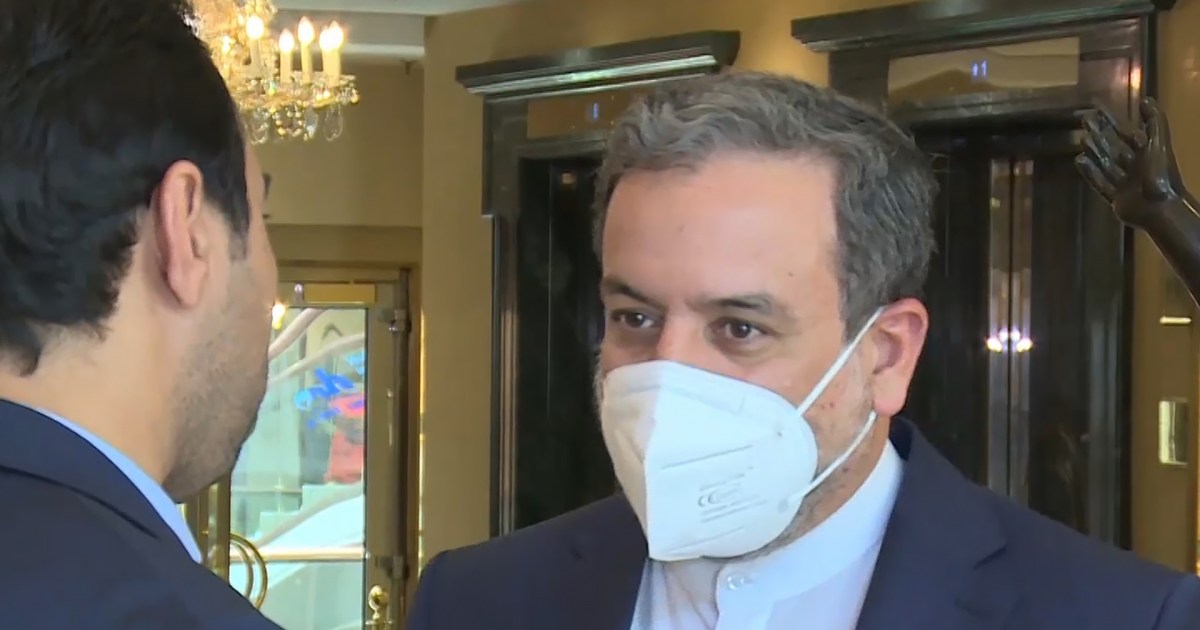 Axios news website quoted a US official as saying that the administration of President Joe Biden wants to conclude a deal to return to the Iranian nuclear agreement within six weeks, that is, before the new Iranian president takes office.

The US official added that if an agreement is not reached before a new government is formed in Iran, there will be serious questions about the possibility of achieving the agreement, because the longer the negotiations continue without a breakthrough, the less chances of success will be, as he put it.

The official pointed out that the Iranians said that the elections are not a factor in the negotiations, and therefore matters will not depend on their outcome.

Earlier, US State Department spokesman Ned Price said that progress had been made in the Vienna talks related to resuming compliance with the nuclear agreement with Iran, and added that there had been constructive discussions, but that there were still challenges, stressing that there was no time frame for the completion of the sixth round of the nuclear deal. Talks are currently taking place in Vienna.

Al-Jazeera correspondent said that the Russian and American delegations held bilateral talks on the sidelines of the Vienna talks.

In this context, the Russian delegate in Vienna, Mikhail Ulyanov, made it clear after the meeting that there are still difficult issues on the table, and that the negotiations need time to reach an end.

And the reporter stated that what is certain is that the sixth round of nuclear negotiations - which is currently taking place in the Austrian capital - will not be the last in a series of negotiations to revive the nuclear agreement with Iran.

And last Saturday, the sixth round of these negotiations, which began since last April, resumed with the meeting of the remaining parties to the agreement, namely Iran, Russia, China, France, Britain and Germany, in a hotel.

As for the American delegation, it is based in another hotel across the street, as the Iranians refuse to hold direct meetings with their American counterparts.

Welcomed progress made over last weeks, but difficult decisions remain.

It is important to seize the political opportunity, and for all to be flexible.

In view of today's Presidential elections, I called for continued commitment by Iran.

For his part, the European Union's Security and Foreign Policy Commissioner Josep Borrell said that the Vienna talks on the nuclear deal allowed identifying the important and difficult decisions that need to be addressed.

During talks in Antalya with Iranian Foreign Minister Mohammad Javad Zarif, Borrell stressed the importance of seizing the political opportunity and the need for everyone to be flexible in order to reach a compromise that would be in everyone's interest.

A statement by the European Union stated that the two parties affirmed their full commitment to the ongoing negotiations in Vienna.

Abadi added, in a tweet on Twitter, that the meeting discussed the latest developments in the negotiations on the nuclear agreement, and the support that the agency can provide to these negotiations.

Iran and the IAEA had extended the additional agreement between them for another month, ending on June 24, and under this agreement, the agency is allowed to carry out a set of inspection and monitoring activities for Iranian nuclear facilities.