Researchers show biological link between red meat and cancer Washington (AFP) Eating less red meat is widespread medical advice to prevent colorectal cancer, but so far not all experts were convinced that there is a real link between the two, failing to fully understand the mutation of the cells involved. by its consumption. A new study, published this week in the scientific journal Cancer Discovery, has been able to identify the specific characteristics 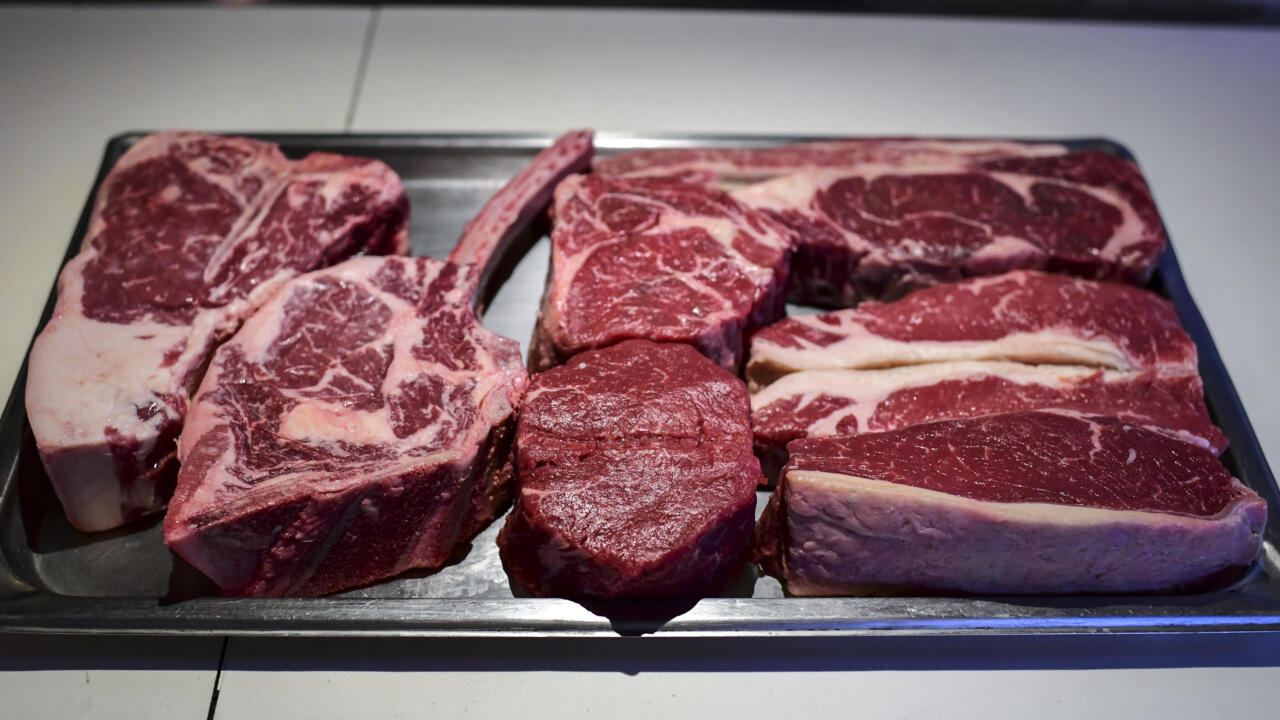 Eating less red meat is widespread medical advice to prevent colorectal cancer, but so far not all experts were convinced that there is a real link between the two, failing to fully understand the mutation of the cells involved. by its consumption.

A new study, published this week in the scientific journal Cancer Discovery, has been able to identify the specific characteristics of DNA damage caused by a diet high in red meat.

And it does incriminate the latter as a carcinogen, while making it possible to pave the way for the earlier detection of the disease or the development of new treatments.

It is not about completely stopping eating red meat: "I recommend moderation, and a balanced diet," says Marios Giannakis, oncologist at the Dana-Farber Cancer Institute.

Scientific studies have so far established a link between the two by asking people with this cancer about their eating habits.

But that kind of work depends a lot on the data it is based on, and in 2019, a team of researchers created controversy, saying it was highly uncertain that reducing red meat consumption would lower mortality. by cancer.

"If we say that red meat is carcinogenic, (...) there must be a mechanism that causes it," Marios Giannakis, who led this new study, told AFP.

After all, scientists long ago discovered how cigarette smoke works to cause cancer, and how certain UV rays penetrate the skin to cause gene mutations, controlling how cells grow and divide.

Marios Giannakis and his colleagues therefore sequenced the DNA of 900 patients with colorectal cancer, selected from a group of 280,000 people participating in studies over several years, including questions about their lifestyle.

The strength of this approach is that the participants could not know that they were going to develop this cancer, unlike a questioning about eating habits carried out once the disease onset.

The scans revealed a specific mutation, which had never been identified before, but indicating a type of DNA mutation called alkylation.

Not all cells containing these mutations will necessarily become cancerous, and they were also present in healthy samples.

But this mutation was significantly associated with the consumption of red meat (both processed and unprocessed) before the onset of the disease.

In contrast, it was not with consumption of poultry, fish, or other factors examined.

“With red meat, there are chemical compounds that can cause alkylation,” explains Marios Giannakis.

These are compounds that can be produced from iron, which is very present in red meat, or from nitrates, which are often found in processed meat.

This mutation was also very present in the distal colon, which is a part of the colon that previous studies have suggested was strongly linked to colorectal cancer resulting from the consumption of red meat.

In addition, among the genes most affected by alkylation are those that previous work has shown to be the most likely to trigger colorectal cancer when mutated.

These different elements taken together build a solid case, as in detective work, according to Marios Giannakis.

Patients with the highest level of alkylation tumors had a 47% increased risk of dying.

High levels of alkylation were only seen in tumors from patients eating on average more than 150 grams of red meat per day.

For the researcher, this discovery could help doctors identify which patients are more genetically prepared for alkylation, in order to specifically advise them to limit their consumption of red meat.

And spotting patients who have already started to accumulate these mutations could help identify those at greatest risk of developing such cancer, or of detecting the disease very early.

In addition, since the level of alkylation seems to be a marker of the severity of the disease, it could be used to give them a prognosis on their life expectancy.

Understanding how colorectal cancer develops also paves the way for the development of treatments to interrupt or reverse this process, to prevent the disease from starting.