Armenia elects its Parliament on Sunday during early legislative elections called by Prime Minister Nikol Pachinian, weakened by his defeat against Azerbaijan, hereditary enemy, in autumn ... 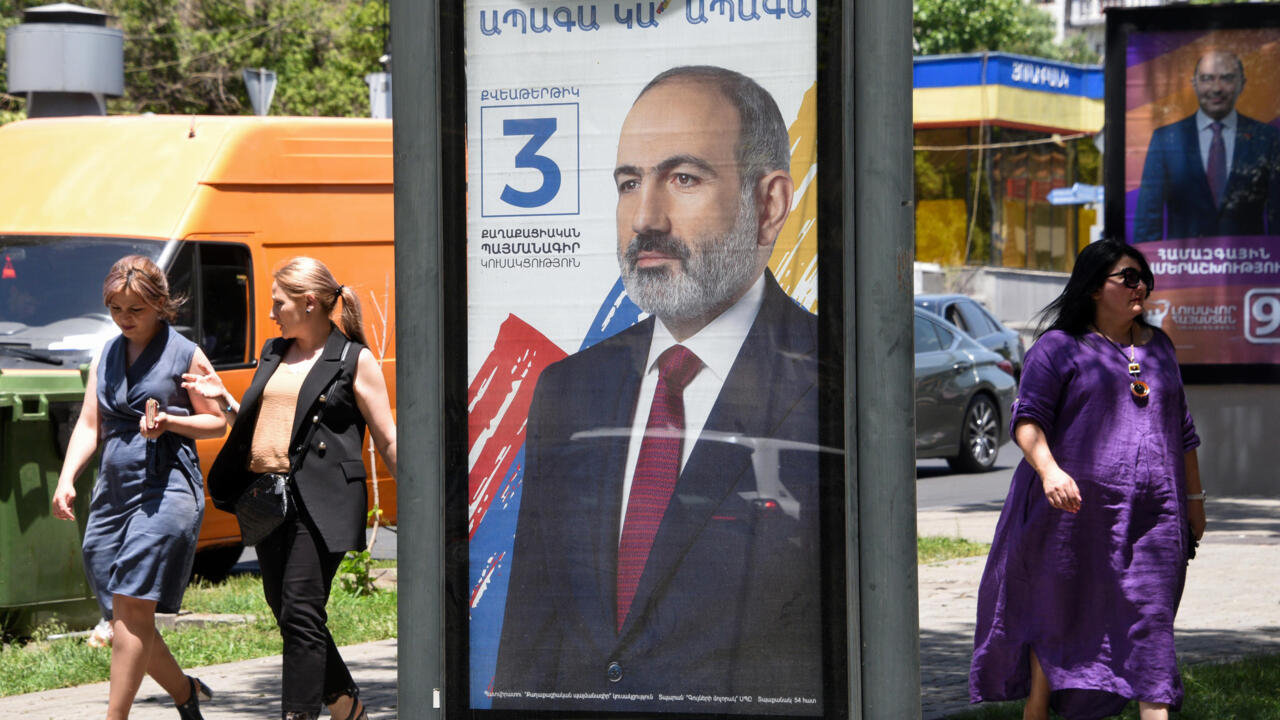 Armenians are called to the polls on Sunday, June 20, during early legislative elections, in the midst of a political crisis.

Prime Minister Nikol Pachinian, brought to power by a peaceful revolution in 2018 thanks to his promise to oust corrupt elites from the government of this former Soviet Caucasian republic, has been in great difficulty since the conflict lost in Nagorno Karabakh in the fall 2020.

A ceasefire ended six weeks of fighting, which left nearly 6,000 dead, but Yerevan had to cede territory under its control for some 30 years, a move that sparked major protests and calls for the resignation of Nikol Pachinian.

Faced with this mobilization, but also because of a conflict with the military staff, the Prime Minister, described as a "traitor" by the opposition, ended up calling early legislative elections.

About twenty thousand people gathered on Friday in the central square of Yerevan to support the main opposition candidate Robert Kotcharian, on the last day of a tight and tense campaign for the early Sunday legislative elections in Armenia.

According to AFP estimates, this is a similar or slightly higher number compared to the rally of supporters of outgoing Prime Minister Nikol Pachinian who had gathered in the same place the day before.

"Kotcharian" !, chanted the demonstrators of all ages including families with children.

They were waving Armenian and Russian flags and those of the political formation of Robert Kotcharian, 66, who led this small former Soviet Caucasian republic from 1998 to 2008.

"We have come to solve the problems" of security and poverty, "the current power is not able to solve them", launched the candidate in front of the crowd.

He called on his compatriots to ensure the counting of the votes so that the authorities "do not steal our votes".

"We trust Kotcharian, we entrust our lives and the future of our nation to him," enthusiastic protester Medea Petrossian, a doctor, told AFP.

While Nikol Pachinian has already called on his supporters to meet in the central square on Monday to celebrate his victory, many fear clashes between the two most powerful parties.

Especially since Armenia is used to post-electoral uprisings. Prior to the 2018 revolution, Nikol Pachinian, a former journalist, had been jailed for nearly two years for his role in bloody suppressed protests in 2008. The ceasefire agreement brokered by Vladimir Putin and the deployment Russian peacekeepers enabled Yerevan to keep most of Nagorno Karabakh, an Azerbaijani region populated mostly by Armenians.

But Armenia has lost large territories all around the region and seen Azerbaijan return to its border, which has led to military clashes in recent weeks.

About 2.6 million Armenian voters are called to the polls to elect at least 101 deputies for five years.

Four electoral blocs and 22 parties - a record - are in the running.

If no majority or majority coalition emerges on Sunday, a second round will have to be organized on July 18 between the two parties having obtained the best score.