Amanda, 28, cut herself in the arms for several years

For Uppsala resident Amanda Sandahl, the self-harming behavior began at the age of 14, as a way of dealing with anxiety. But the evil thoughts only temporarily disappeared when she cut herself in the arms. - You feel better for a while, but then it only gets worse again. 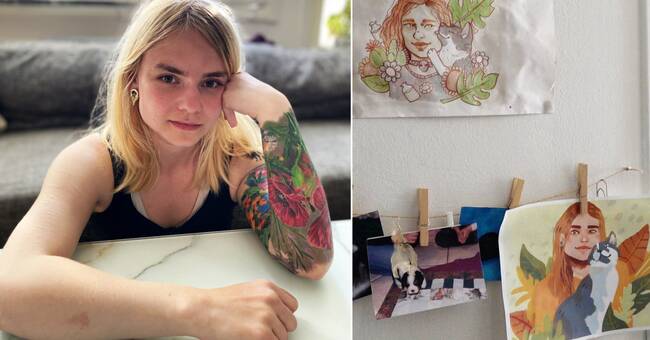 For four years, Amanda cut herself in the arms - and the scars still remain even though she is now healthy.

- It may not be what you want people to see first, because it does not represent who I am today, she says.

It took a long time before Amanda was diagnosed with ADD and was finally able to get the right treatment.

She has become accustomed to the scars, but sometimes they remind themselves.

To avoid questions and comments, she always wears long sleeves at work.

- It will be a little harder in the summer.