In the aftermath of the search of its premises, the newspaper shows more than ever its determination. In “One”, a message of challenge to the pro-Beijing power: “We must continue”.&nbsp; 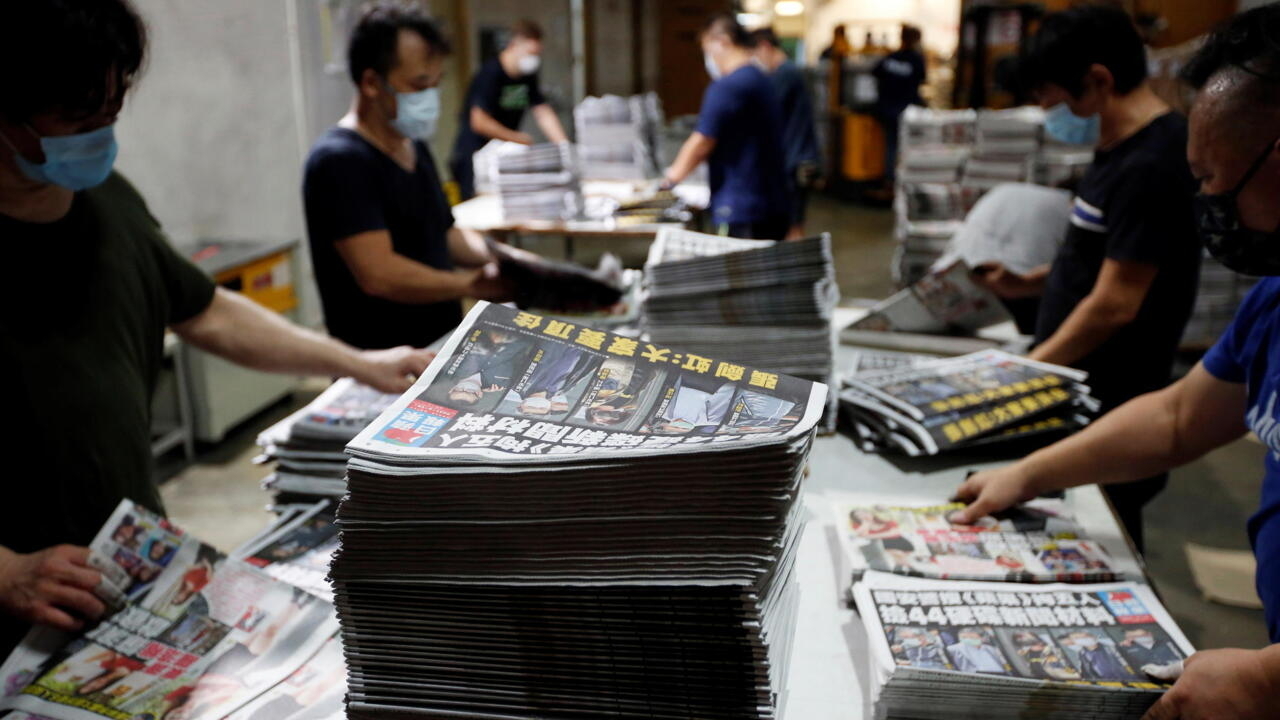 Printing of the Apple Daily the day after the search, June 18, 2021. REUTERS - JAMES POMFRET

In the aftermath of the search of its premises, the newspaper shows more than ever its determination.

In “One”, a message of challenge to the pro-Beijing power: “

The editorial staff worked all night to ensure that the newspaper was on newsstands this Friday, June 18.

On the first page, the face of the five people arrested during yesterday's search with a purely informative line: "

We must keep going

," was the phrase Mr. Cheung said to his employees when he was taken away in handcuffs by the police.

The group has decided to print 500,000 copies, a circulation much higher than usual, betting that the Hong Kongers, who had mobilized massively in 2019 to support the democratic fight, will snatch this historic number.

In the popular Mongkok district, dozens of people lined up very early on Friday to buy the newspaper before it was even delivered. And this morning, the kiosk owners confirm it, the Hong Kong people are present. “Everything

has been sold. We have ordered 3,000 and are waiting to be delivered,

”one of them told AFP.

The newspaper, created in 1995, had long been in Beijing's sights. Its owner, newspaper mogul Jimmy Lai, is currently in jail. And yesterday, five of the newspaper's executives, including its editor Ryan Law and chief executive Cheung Kim-hung, were arrested. They are accused of colluding with foreign forces, under the drastic national security law that Beijing imposed last summer. On June 18, the police announced that they were charged with "

It was after the handover of the former British colony to China in 1997 that this daily became the voice of supporters of democracy and Hong Kong people worried about their future freedoms, and therefore skeptical of Beijing.

Tiananmen: one of the organizers of the remembrance vigil arrested in Hong Kong