RT had at its disposal a list of 17 American citizens in Russian colonies or pre-trial detention centers, which the Russian Federal Penitentiary Service submitted to the Russian Foreign Ministry on the eve of Vladimir Putin's meeting with Joe Biden. As the Russian leader said at a press conference dedicated to the results of the summit, Moscow and Washington can find compromises on the issue of Russians and Americans serving their sentences and their return to their homeland. For what crimes do Americans sit in Russian prisons - in the RT material. &nbsp; 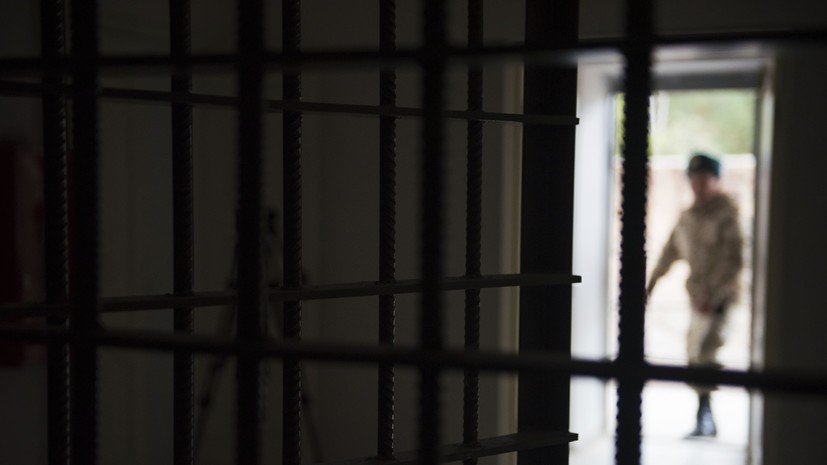 On the eve of the meeting of Russian President Vladimir Putin with US President John Biden, the Federal Penitentiary Service of Russia handed over to the Russian Foreign Ministry a list of 17 American citizens who are currently in Russian penal colonies and prisons.

At the same time, as RT found out, eight of them also have Russian citizenship, one more is a citizen of Armenia.

Eight out of 17 Americans are in jail, because either investigative actions are still ongoing against them, or the court verdict has not entered into legal force.

The other nine are serving their sentences in colonies.

The range of articles of the Criminal Code is the widest: from fraud to espionage and pedophilia.

So, in 2016 in Moscow, on suspicion of sexual harassment of an 11-year-old girl, 47-year-old US citizen James Vincent Vilgus was detained in the elevator of a residential building.

In the course of the investigation, it was established that Vilgus was involved in three more similar crimes committed in different districts of Moscow.

In November 2017, he was sentenced to 12 years and six months in prison.

Now he is serving his term in Mordovian IK-17.

Former US infantryman Paul Whelan was detained at the Metropol Hotel in Moscow on December 28, 2018.

According to the investigation, Whelan was a career intelligence officer, collecting classified information in Russia and trying to recruit officers from the FSB and the Ministry of Defense.

As the media wrote, Whelan tried to find out the list of personnel of a unit of one of the Russian special services.

The American's defense insisted that he had nothing to do with intelligence, and that he came to Russia on business.

In 2020, Whelan was sentenced to 16 years in prison and transferred to Mordovia.

Stally Thomas Howard was arrested in November 2017 on suspicion of selling drugs.

In his rented apartment, he equipped a greenhouse for growing hemp.

During the search, more than 1.5 kg of hemp-based substances, as well as 29 bushes of the plant, were seized at Stvalley.

According to the investigation, when the marijuana was ripening, the American collected parts of plants suitable for use as a narcotic substance and packed them into bags for "sale to drug addicts."

At the same time, Stvalley was a famous blues musician.

In the Russian media, he was even called "Yankees with a Russian soul."

In 2018, the Moscow City Court sentenced the American to eleven years in prison.

It is worth noting that four out of eight Americans who also have Russian citizenship are charged or are serving sentences under 159 of the Criminal Code of the Russian Federation "Fraud".

So, now Vadim Yenikeev, born in 1972, is being held in FKU SIZO-1 of the Federal Penitentiary Service of Russia for the Republic of Tatarstan.

According to the investigation, Yenikeev was one of the founders of the ROST company, the largest financial pyramid in recent years.

According to media reports, more than 3.5 thousand people were recognized as victims in the "Rost" case, the total amount of damage was almost 1.5 billion rubles.

As follows from the materials of the court, swindlers began to deceive gullible Russians in 2013.

They accepted deposits from citizens, promising to pay from 120 to 218 percent per annum.

Moreover, the minimum deposit was quite affordable: 10 thousand rubles.

The pyramid operated until 2015, when law enforcement agencies became interested in it.

In 2020, five organizers of the pyramid, including Yenikeev, were sentenced to long terms.

Another holder of an American passport is an entrepreneur from Primorye Sorokin Alexey Markovich, the owner of one of the markets in Vladivostok.

According to the FSIN certificate (available to RT), Sorokin was sentenced in 2015 to 14 years in prison for a series of crimes, including large-scale fraud, as well as organizing an attempted murder of two people, a series of arson.

At the same time, according to media reports, the investigation of the businessman's activities began with fraud.

Sorokin tried to steal money from one of the largest tenants of the Pervorechensky market.

In addition, he became the organizer of the theft of the tenant's expensive equipment from the market.

Timur Solovyov from the list of American citizens of the Federal Penitentiary Service was not officially engaged in business.

From 2011 to 2013, he headed the Sakhalin Development Projects Agency, which was supposed to attract investors to the region.

The media wrote that Solovyov allegedly took credit for his American citizenship, positioning himself as a high professional who had worked in New York.

However, his career did not work out - he was caught smuggling amphetamines from the United States.

Then it turned out that from December 14, 2011 to June 28, 2013, Solovyov, as part of a group of persons, using his official position, stole money transferred by the Ministry of Investment and External Relations of the Sakhalin Region in the form of subsidies from the regional budget to the institution he headed.

In November 2015, Solovyov was sentenced to 14 years and six months in prison.

He is serving his sentence in the Khabarovsk Territory.

Another American with Russian citizenship, Boris Nikitin, is now in the Rostov-on-Don pre-trial detention center, according to the Federal Penitentiary Service.

He is accused of fraud.

The case against Nikitin is still under investigation.

The stories of the rest of the prisoners with dual citizenship from the FSIN list are not so bright.

Mikhail Podolsky, whose fate American diplomats should also worry about, was not a big businessman.

According to the investigation, he worked as a driver, but one day he decided to get involved in the criminal business: in his garage, Podolsky began to sell drugs.

He, according to the materials of the court, carefully observed conspiracy - he sold amphetamines only to those people whom he knew by sight.

However, in the end, he was detained early.

In 2019, the Istra Court of the Moscow Region sentenced him to eight years in prison.

Now Podolsky is serving a sentence in the Lipetsk region.

Another person involved in the list of seventeen, Ivan Kurennoy, is also serving a sentence under a drug article.

According to the materials of the court, in 2019 he purchased 5 grams of hashish and was caught by operatives.

Taking into account active repentance, the Protvinsky District Court of the Moscow Region sentenced him to four years in prison.

Kurennoy is currently serving a sentence in the Bryansk region.

Kamo Arustamyan was sentenced in 2018 to eight years in prison for murder, death threats and infliction of grievous bodily harm.

He is serving his sentence in the Tambov region.

Anthony Shubaev, a resident of Moscow with American citizenship, is now in jail on suspicion of robbery.

Aram Torosyants, a citizen of Armenia and the United States, is serving a six-year sentence in the Vladimir region for attempted murder.

As follows from the materials of his criminal case, in 2017 Torosyants was resting in a bar when a stranger either touched him with his shoulder, or said something.

In response, Torosyants took out a knife and struck several blows.

Then he tried to escape from the institution, but was detained by security guards and police.

It is worth noting that the other five Americans who were imprisoned seemed to be on their way to Russia for adventure.

At least, this is the impression one gets when you begin to get acquainted with the materials of their cases and biographies.

According to the FSIN certificate, Ira David Lang is now in the Chelyabinsk SIZO.

According to media reports, he was also suspected of pedophilia.

In 2018, Lange was sentenced to seven years and six months in prison.

Now the American is in jail.

Another prisoner of Russian prisons, a student from Texas, Trevor Reed, is now, according to the Federal Penitentiary Service, in the capital's pre-trial detention center # 5.

He was sentenced to nine years in prison under Part 2 of Art.

318 of the Criminal Code of the Russian Federation "The use of violence against a government official, dangerous to his life or health."

According to the investigation, on the night of August 15-16, 2019, Trevor, while intoxicated, attacked the policemen who were taking him to the police station.

Another person involved in the list is known in the Russian business community: Evgeny Spektor, chairman of the board of directors of Medpolimeprom Group.

He has been in jail for over a year now.

The investigating authorities suspect him of mediating in the transfer of a bribe in the amount of 4 million rubles to the former assistant to Deputy Prime Minister Arkady Dvorkovich Anastasia Alekseeva, who was also arrested.

A criminal case was initiated against Spector under Part 4 of Art.

291.1 of the Criminal Code of the Russian Federation (mediation in bribery committed on an especially large scale).

It is noteworthy that the bribe, according to the investigation, was not given in money, but in trips for the New Year holidays in Thailand and for the May holidays in the Dominican Republic.

In the Krasnodar Territory, Brian Jeffrey Emig is sitting in the PFRSI (a room functioning as a pre-trial detention center at correctional colonies and prisons) at IK-9.

According to the materials of the court, in February 2019, while in the city of Yeisk, he ordered a batch of cocaine weighing 3 grams via the Internet.

At the post office, upon receiving an international letter, he was detained, and then released on recognizance not to leave, after which he tried to leave for Turkey through Belarus, but was again detained at the Minsk airport.

In 2020, a court sentenced him to four years in prison for drug smuggling.

In the same Krasnodar IK-9, an American Ilgiz Rawls is serving a sentence for attempted rape.

During the trial, the young man found some extenuating circumstances, as a result of which he was sentenced in 2020 to two years in prison.