KD politicians in Surahammar criticized for email to the mayor: "Highly inappropriate"

In a criticized email, the incoming majority politician Dan Haglund (KD) writes to the mayor of Surahammar that she will be "required personal responsibility" if she dismisses an employee who has been fired from her position. - No illegal action, but highly inappropriate, says Jörgen Ödalen, political scientist at MDH. 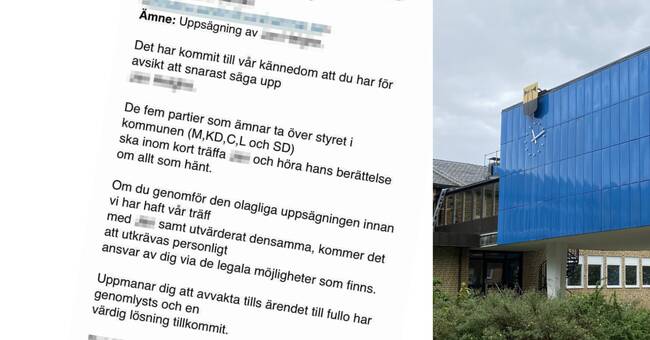 On Monday, the new majority is expected to officially take over power in Surahammar: M, L, KD and C together with SD.

But even before the coalition has taken office, the Christian Democrats' local chairman is now being criticized for trying to influence the mayor in an email in her decision regarding an employee.

Haglund writes, among other things, that:

"The five parties that intend to take over the government in the municipality (M, KD, C, L and SD) will soon meet XX and hear his story of what happened.

If you carry out the illegal termination before we had our meeting with XX and evaluated it, you will be required to take personal responsibility via the legal possibilities that exist. ”

Haglund tells SVT, however, that the email was not intended as pressure.

In the video, he explains why he sent the email and points out that he did it as a private person.