A doctor's escape is taking place from Sahlgrenska University Hospital. And the reason is the low wages. That is the opinion of the union, which is being rebuffed by the employer. - We are Sweden's largest hospital, but have Sweden's lowest salaries. It is not difficult to understand that you feel that it is degrading, says Hanna Kataoka at Västra Götalands läkarförening. 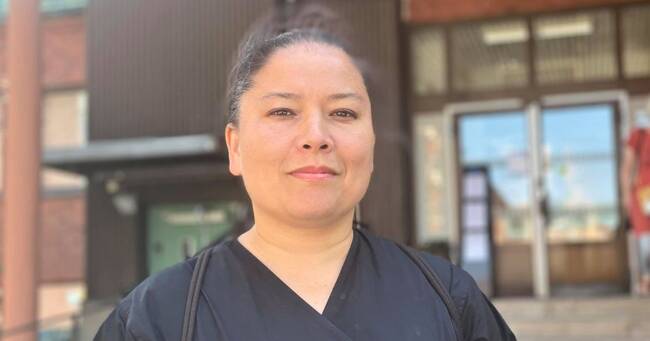 Sahlgrenska is Sweden's largest hospital in terms of number of employees.

But according to the latest salary statistics, the hospital is below the average in the Västra Götaland region.

The average salary for a specialist doctor in the region is SEK 65,000.

- We are Sweden's largest hospital, but have Sweden's lowest salaries.

It is not difficult to understand that you feel that it is degrading, says Hanna Kataoka who is responsible for negotiations for Västra Götaland's medical association, section Sahlgrenska University Hospital.

According to Hanna Kataoka, there are many examples of doctors leaving Sahlgrenska University Hospital for a higher salary at other hospitals in Västra Götaland, at other university hospitals and at other county hospitals in the country.

- Down in Halland, salaries can be up to SEK 25,000 higher than at Sahlgrenska, says Hanna Kataoka.

There are still quite large sums we are talking about.

Many professions, such as nurses, will never come up with these salaries.

What do you say to them?

The employer is aware of the dissatisfaction

She does not agree that there is a doctor escape.

But says at the same time that the management is aware that the salary situation at Sahlgrenska is lower than elsewhere.

- Of course we have challenges when it comes to recruiting and retaining certain specialists, but in general we do not have such a hard time recruiting.

Some leave due to salary, but overall we do not see that salary is the main factor in choosing to change jobs, says Maria Aleniusson.

Now the regional politicians in Västra Götaland have decided to push for SEK 700 million over the next three years to achieve more competitive and equal wages for the occupational categories that are lowest in the region.

- We view it positively, as a possible first attempt at change, says Hanna Kataoka.

In the clip below, you can hear Sahlgrenska University Hospital's HR director Maria Aleniusson about the salary situation for doctors.

Hear Maria Aleniusson is HR director at Sahlgrenska University Hospital about the criticism of the salary situation for doctors.