The sailor Joakim discovered the mine outside Härnösand

During the voyage from Kalix to Stockholm, Joakim Liw and the remaining crew encountered something at least odd. Out in the water, a few hundred meters from the boat, they discovered a mine floating on the water surface. 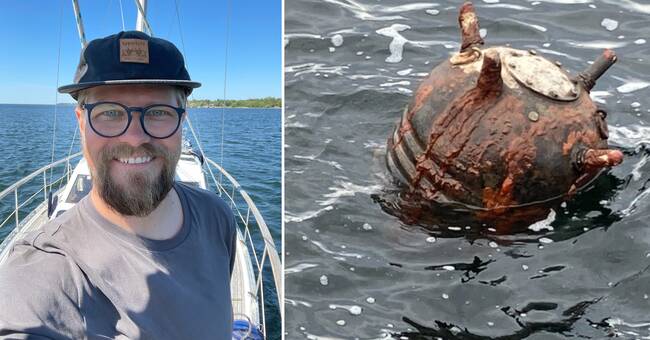 As soon as Joakim Liw discovered the mine, he searched for information on the internet about what needed to be done.

- I called 112 who connected me to the Coast Guard where I had to explain what had happened.

Then I was called by the Armed Forces and to them I could state the position of the mine and various tasks, says Joakim Liw.

Joakim has subsequently received much praise for his actions.

- They have several times called me and thanked me for alerting and informing.

But for me, it feels natural to do it if you see a mine in the water.

Hear Joakim Liw talk about the encounter with mine in the video above.