After almost two months of investigation, Olivia's discovery on June 10 injected optimism into the Civil Guard agents of the case that, despite having ... 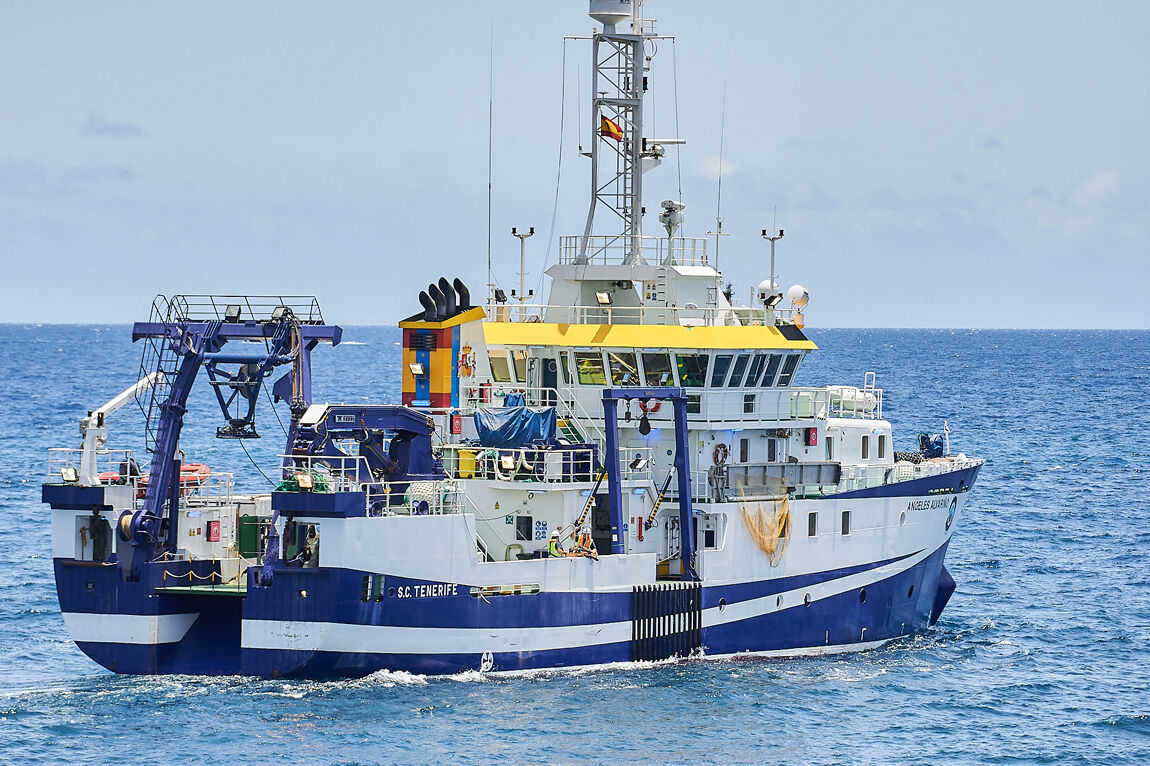 After almost two months of investigation, the discovery of

on June 10 injected optimism into the Civil Guard agents of the case that, despite having fought for the arrival of the sonar that found the girl more than 1,000 meters away deep, they did not have too many expectations in the face of the difficulty of the search.

After achieving this unexpected achievement, they now want to finish sweeping the seabed where, according to themselves and the judge,

weighed down his daughters after killing them at his home in

the afternoon of April 27.

They do not contemplate that the tracing efforts be interrupted or that they be set a deadline.

Aware that the permanence of the oceanographic vessel

-the architect of the miracle of finding the girl's body- has an expiration date, the Armed Institute is looking for alternatives to the

Time is short and finding another option compatible with the ship is complicated by the singularities of the search.

on May 30 - has moved to the area where the mobile signal places Tomás Gimeno for the last time and from where he was presumably able to jump into the sea, ballasting himself with a lead diving belt.

The Civil Guard looks for the object.

This area is located about 20 kilometers from the area where Tomás threw his daughters overboard.

The maritime coordinate set by the Civil Guard is key, according to the researchers, to be able to find Gimeno, although they recognize it will not be an easy task.

Hopes are pinned on the robot detecting the lead belt.

has offered the Armed Institute the possibility that the private submarine

, installed in Tenerife and aimed at research, tourism and filming, can be used in the search for bodies.

The submarine, declared of general interest by the

, can reach a depth of more than 2,000 meters and is now in the testing phase to try to make deep dives.

In principle, the Civil Guard is willing to study this offer but the agents, they indicate, "want to know" if the submarine can reach the maximum depth to know if it can help with the work or if necessary, replace

The equipment of the oceanographic vessel, as indicated by sources of the investigation, is capable of working up to 2,000 meters of depth but has limited operability for continuous work.

In fact, in these weeks it has had to return to port to correct minor breakdowns at least twice.

The girls' family has already asked that the search not be interrupted.

, sent a message: that the search "does not cease" until all areas of their possible locations are fully and "exhaustively reviewed and thus endorsed by Civil Guard investigators." .

In less than 12 hours, the campaign, which can be signed on

«The family of Olivia and Anna will not be able to have peace until they recover the body of the little girl and especially that of the alleged murderer, it would be a pain, anguish and horror added in this case to the victim who is Beatriz Zimmerman at the remote idea of may such a monster remain alive, "says the family in the text of their petition.

displaced from Vigo for this search, the lifeless body of little Olivia was found on June 10.

Presumably, the empty bag that was next to Olivia contained Anna's body, which, due to its breakage, was not found.

And he concludes: "We assume according to the aforementioned car that Tomas Gimeno ended his life at dawn on April 28, weighing his body in the ocean."

Crime of Anna and OliviaTenerife: the Civil Guard investigates why Tomás Gimeno's call to Beatriz in which an agent intervened was not reported