Euro: Belgium qualifies for 8th at the expense of Denmark who could not win for Eriksen - France 24

Euro: Belgium qualifies for the 8th at the expense of Denmark who could not win for Eriksen Copenhagen (AFP) Despite a performance full of courage and generosity Thursday in Copenhagen, Denmark failed to win for Christian Eriksen, victim of heart disease on Saturday, and ended up giving in (2-1) against Belgium, who thus qualified for the knockout stages of the Euro. The entry into play at the start of the second half of Kevin de Bruyne, back after having been injured in the face in th 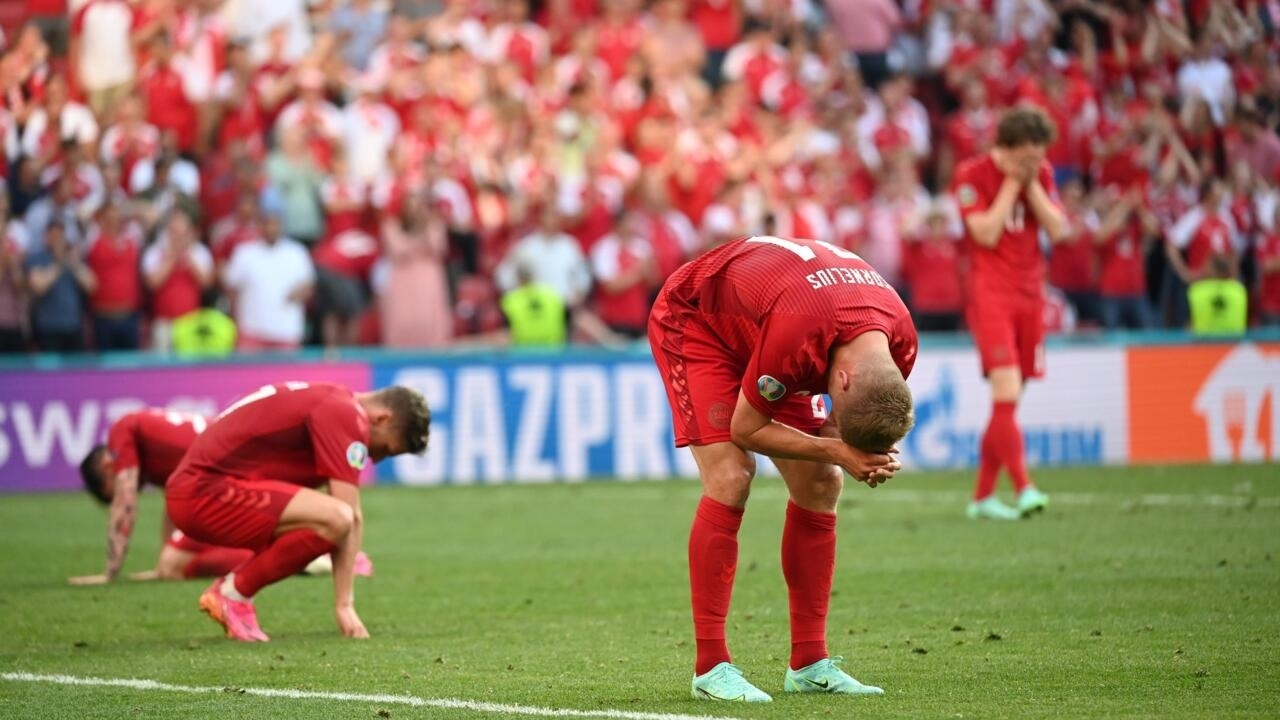 Despite a performance full of courage and generosity Thursday in Copenhagen, Denmark failed to win for Christian Eriksen, victim of heart disease on Saturday, and ended up giving in (2-1) against Belgium, who thus qualified for the knockout stages of the Euro.

The entry into play at the start of the second half of Kevin de Bruyne, back after having been injured in the face in the final of the Champions League at the end of May, completely changed the situation of a meeting charged with emotion, in the image of the minute of applause in honor of Eriksen, which had until then been dominated by overexcited Danes.

The Manchester City midfielder first delivered a "caviar" for Thorgan Hazard on the Belgian equalizer (55th), before offering the victory to the Red Devils with a superb strike at the entrance to the surface (70th) .

Five days after their great success against Russia (3-0) in Saint Petersburg, the Belgians already have their ticket for the next round in their pocket before their third match against the Finns on Monday.

In front of their raging public, Denmark had yet achieved a thunderous first period marked by the opening of the score from Yussuf Poulsen in the second minute and several other clear chances.

But they failed to maintain their incredible intensity after the break and were unsuccessful late in the game when Martin Braithwaite found the crossbar with his head (87th).

Before kick-off and throughout the match, the emotion was really palpable in the Parken Stadium, located less than a kilometer as the crow flies from the Rigshospitalet where Eriksen is still hospitalized for observation.

While "only" 25,000 spectators attended the match, against 16,000 in the match against Finland, the atmosphere was phenomenal and redoubled with each beautiful action of the "Rod-Hvide" (Reds and Whites).

When Poulsen opened the scoring, the stands literally shook, just like at the end of the minute of applause in Eriksen's honor.

The Danish players have surfed on this incredible atmosphere and have not hesitated to harangue their supporters to further increase the pressure.

After a very moving Danish anthem taken up by a whole people, the match started off with a bang for Denmark, who took the lead in the second minute of play: Jason Denayer missed his revival in the axis, Pierre-Emile Höjbjerg intercepted the ball and served in the area Poulsen, who deceived Thibaut Courtois with a cross shot.

Despite a timid reaction from Belgium with a header from Dries Mertens captured by Kasper Schmeichel (4th), the locals continued their momentum by stifling the Red Devils, like Joakim Maehle who stumbled on the Belgian goalkeeper (5th ), then Daniel Wass who did not support his head enough (6th).

The one-minute interruption in honor of Eriksen (10th) did not break the good Danish dynamic since Braithwaite made a good overflow punctuated by a receding center which was released in disaster by an opposing defender (14th), before missing the frame of the head on a cross from Maehle (16th).

New attempts from Wass above (24th) and Damsgaard just next (35th) still made the whole Parken Stadium shudder, while the Belgians struggled to be dangerous.

But De Bruyne changed everything.

Quickly joined on the lawn by Eden Hazard and Axel Witsel (59th), two other executives returning from injury, the Citizen woke up the Devils.

Thus, he quickly distinguished himself by delivering an assist (55th) then scored the winning goal (70th).

This painful success will allow coach Roberto Martinez to breathe life into some executives in the last match against Finland on Monday and give playing time to others lacking rhythm.

The Danes will try to beat the Russians in their Parken cauldron to snatch their ticket for the round of 16 and thus pay a new tribute to Eriksen.