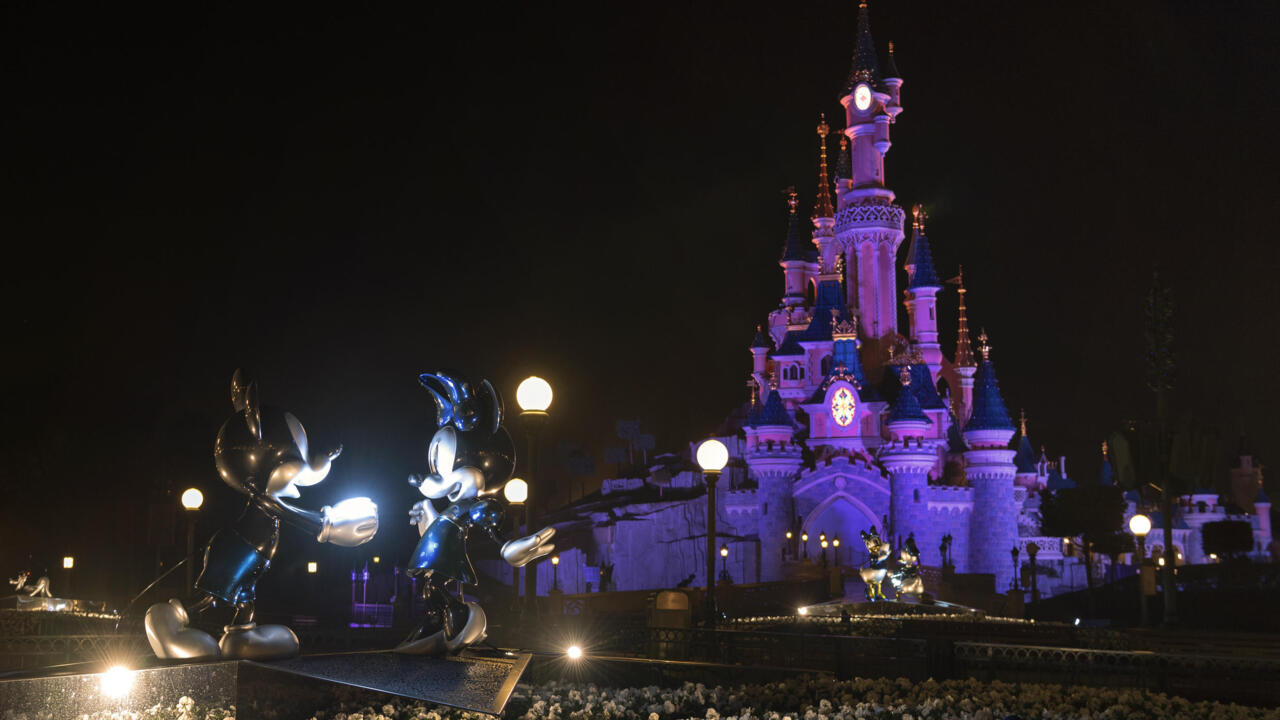 "I declare Disneyland Paris open again": after nearly eight months of closure, the president of Disneyland Paris on Thursday inaugurated the reopening of the famous amusement park with "reinforced" health measures, including the wearing of a compulsory mask from 6 years.

First tourist destination in Europe, Disneyland has, like other parks, suffered greatly from the succession of closures, reopenings and closures caused by the Covid epidemic since March 2020. After a first closure between March 13 and July 15 2020, the park had to close its doors two more times.

At the start of 2021, the unions and the park management even signed a collective agreement for conventional breaks, providing for up to 1,060 departures.

Once counted, the park now has 14,700 employees, "without seasonal workers and without fixed-term contracts", explains Djamila Ouaz of the CFDT.

Closed since October 30, 2020, Disneyland Paris therefore reopens its doors to the public on Thursday, but with limited capacity.

The current gauge can accommodate "28,000 people, which limits the entries" of the park, planned to go "up to 50,000 visitors per day", according to Djamila Ouaz.

But many visitors flock to the entrance: "I am moved", confides Clara Mazzoni, all dressed in white with bag, pin's and headband with ears bearing the image of the character "Marie" of the Aristocats.

Leaving Reims at 6.15 am "so as not to queue at the entrance", this regular came to find "the characters and the atmosphere" of the park where she usually goes once a week.

However, a few visitors were able to access the park during the two pre-opening days, June 15 and 16, reserved for annual subscribers.

"I couldn't wait," said Maxime from the top of his 9 and a half, unable to "sleep for 3 days" at the idea of ​​rediscovering the park and its atmosphere.

"I have missed it for a long time," admits in her Snow White costume Johanna, 6, who "could not go there" because of the Covid-19.

If all attractions and shops are accessible, all visitors aged 6 and over as well as employees must wear a mask, "and this at all times of the day", underlines Disneyland Paris.

"We have implemented reinforced sanitary measures throughout our resort, whether in our attractions, shops, hotels and restaurants," said the president of the park, Natacha Rafalski, in the morning.

To limit the spread of the virus, stickers reminding mandatory distancing and Plexiglas plaques have been installed in front of and sometimes in attractions.

Some 2,000 hydroalcoholic gel dispensers were also distributed throughout the site.

Of the seven hotels in the resort, only Disney's Newport Bay Club is open.

The opening of the new Disney's Hotel New York and its 561 rooms, dedicated to the Marvel universe, will open on June 21.

A vaccinodrome also opened at the end of April in a convention center next to one of the hotels in the park.

Regarding the wearing of the mask, "compared to the first reopening, we find that people are playing the game more than before," said Léa Leroux, before entering the famous Space Mountain attraction.

This Parisian, accustomed to coming to Disneyland every week, is delighted to rediscover "the magic" of the park, even if there are "perhaps a little too" of sanitary measures.

But "this is normal in view of the attendance," she adds.

According to the CFDT union, the park attracted 3.5 million visitors in 2020. Disneyland Paris no longer communicates its number of visitors since 2015, when it welcomed 14.8 million people.