Zelensky spoke about upcoming meeting with Putin in Russian

President of Ukraine Volodymyr Zelensky spoke about the upcoming meeting with Russian leader Vladimir Putin in Russian during an interview with foreign agencies AFP, Reuters and Associated Press. 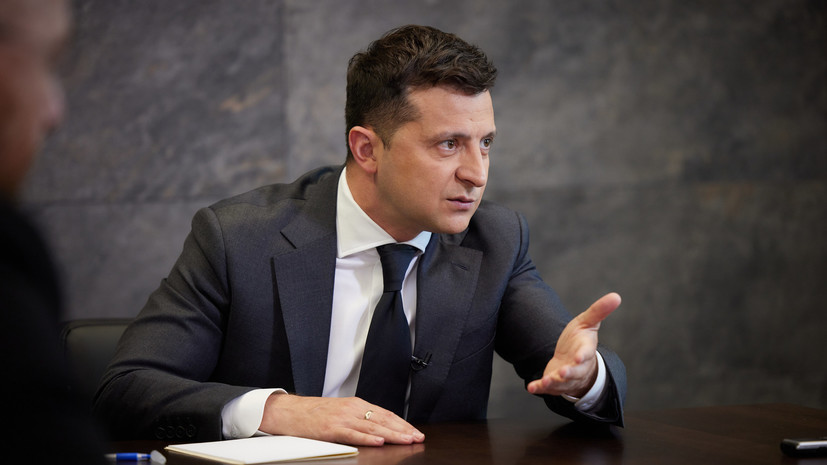 This fragment of the interview, as well as the full text of the conversation of the head of Ukraine with foreign journalists, is published on the official website of the president.

As part of his appeal, he mentioned a statement by Putin, who had previously said that he "has something to talk about with Vladimir Zelensky."

“If I can, I will switch to Russian ... The Russian side may have a million different questions regarding bilateral relations.

And we can have a million questions.

But when people want to end the war, to normalize relations, they say: God bless her, with that adjenda (agenda

He added that Russia and Ukraine have a common history, and people do not want the continuation of hostilities.

According to Zelensky, the start of negotiations is deliberately delayed by the Russian side.

The Russian authorities have repeatedly stressed that Russia is not a party to the conflict in eastern Ukraine.

Earlier, Putin in an interview with the host of the program “Moscow.

Putin ”to Pavel Zarubin, shown by the Russia 24 TV channel, said that Russia and Ukraine, as neighbors, always have something to talk about, but today it is most appropriate to discuss bilateral relations, not international security, as the Ukrainian side proposed.

On May 20, Ukrainian Foreign Minister Dmytro Kuleba told under what condition Zelensky will meet with Putin.