The far right, the number one danger in Germany

"Terrorists and right-wing extremists have ignored the confinement": this is how German intelligence summed up their 2020 report, specifying that they had observed a new ... 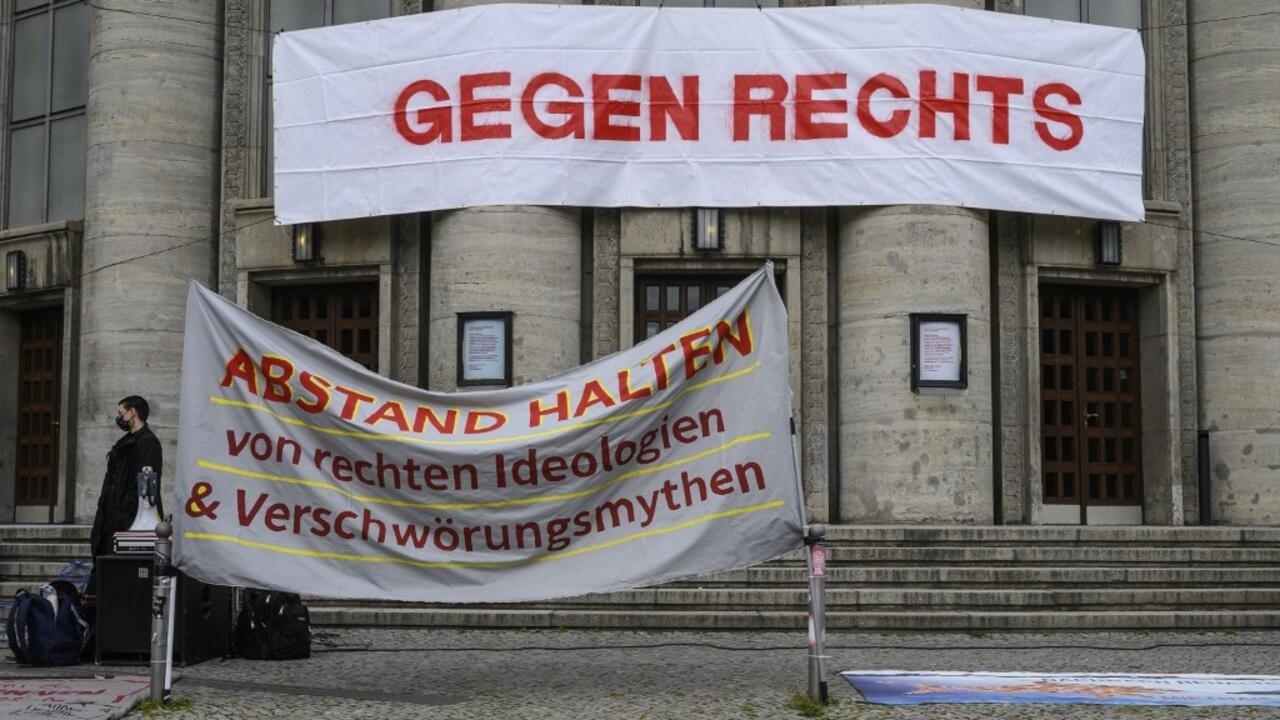 The far right, the number one danger in Germany

"Stay away from right-wing ideologies and conspiracy theories."

": this is how German intelligence summed up their 2020 report, specifying that they had observed a new upsurge in crimes committed by the German far-right in the year latest.

The number of far-right activists has further increased.

Crimes committed by its groups and their supporters have increased over the past year.

We remember the deadliest terrorist attack committed by a single man against foreigners in Hanau near Frankfurt in February 2020.

See also: Hanau attack: the Germans in the street against far-right terrorism

The pandemic has not slowed down this crime. She has moved on the internet, according to the Office for the Protection of the Constitution and infiltrated protests against restrictions linked to Covid-19. We remember the images of people rushing towards the entrance of the Parliament, the Bundestag last summer

The Querdenkers, the movement that organized numerous protests against the restrictions linked to the pandemic has grown in importance.

Its drift to the extreme right led the authorities to place the organization under observation two months ago.

What is worrying for the authorities is that we saw side by side in these processions hard-line right-wing extremists and worried citizens who have nothing to do with these circles, but that this unusual cohabitation does not exist. was not embarrassed either.

General Intelligence has also created a new section in their report devoted to the new right and the identity movement which, under intellectual and clean exterior, stirs up tensions by their declarations and their writings.

Anti-Semitic crimes on the rise in 2020

The German authorities are worried about the development of anti-Semitism.

Conspiracy theories have developed in connection with the epidemic, denouncing the alleged role of Jewish leaders or with comparisons between anti-Covid-19 measures and the persecutions against Jews.

Another development worries many: the infiltration of the extreme right within the police.

In recent months, there have been various scandals surrounding groups of police officers disseminating far-right ideas;

the Bundeswehr is not exempt from these abuses.

The access of these forces to weapons and sensitive information, in particular the private data of people in the crosshairs of the far-right, is alarming.

This week, we learned that the police officers involved in such networks in the region of Hesse were thus more numerous than believed.

A trial is currently underway against a soldier who pretended to be a refugee and who is accused of having wanted to prepare attacks against political leaders.