On Thursday it will be the turn of the Orange for the second time this European Championship, although Denmark will first take action in the cracker against Belgium. The day starts with the game between Ukraine and North Macedonia. 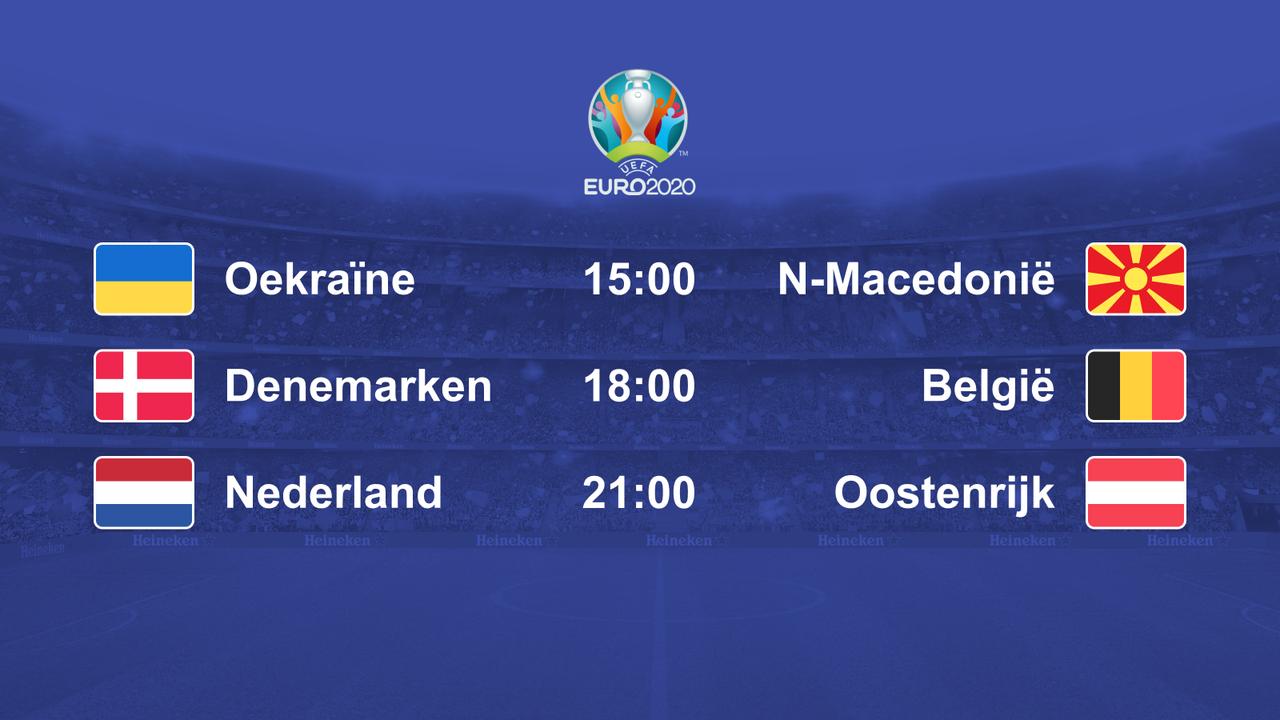 On Thursday it will be the turn of the Orange for the second time this European Championship, although Denmark will first take action in the cracker against Belgium.

The day starts with the game between Ukraine and North Macedonia.

For both countries applies: it's up or down.

Both Ukraine (3-2 against the Netherlands) and North Macedonia (3-1 against Austria) lost the first game in group C and must win to have a real chance at the next round.

Ukraine-North Macedonia is the duel between the two youngest national coaches at this European Championship.

At 44 years old, Andriy Shevchenko is the youngest coach of the tournament, but his North Macedonian colleague Igor Angelovski is not much lower at 45 years old.

Player to keep an eye on:

already drew attention against the Orange with a nice goal and will also have to take the lead against North Macedonia.

The attacker has already scored 41 international goals and only Shevchenko (48 goals) is ahead of him on the eternal top scorers list in Ukraine.

In the run-up to the topper in group B, it is of course mainly about Christian Eriksen.

Will the Danes be able to put the terrible incident with the star player behind them?

With a new defeat, elimination is lurking for the team of national coach Kasper Hjulmand.

It will be difficult for Denmark to keep a clean sheet, because Belgium has already scored in 31 international

in a row, a national record.

The last time the 'Red Devils' did not score was in the lost semi-final of the 2018 World Cup against France (1-0).

The game in Copenhagen could be a special one for

At playing time, after Jan Vertonghen, Axel Witsel, Toby Alderweireld and Eden Hazard, he is the fifth Belgian to break the limit of one hundred international matches.

In Denmark, of course, it is mainly about Christian Eriksen.

In Denmark, of course, it is mainly about Christian Eriksen.

Both countries have already taken a big step to the eighth finals with a victory in the first round.

Frank de Boer's 5-3-2 system worked well against Ukraine and the national coach will of course hope that his team will be a little better attuned to the Austrians.

With a win, the Orange is certain of the next round.

Given recent results, we can say that Austria is an opponent that suits the Netherlands.

The last six meetings have all ended in a victory for Orange, which only has a longer winning streak against Luxembourg, Hungary, Cyprus and Wales.

score just like against Ukraine, they will be in a select list with Ruud van Nistelrooij and Memphis Depay, the only Dutchmen to be accurate in their first two games so far. a final tournament.

Orange is on course for the next round.

Orange is on course for the next round.