New report: Umeå has the cleanest air in Europe

Anyone who wants to take a deep breath in clean city air should go to Umeå. The city has Europe's cleanest air, according to a report from the European Environment Agency EEA. 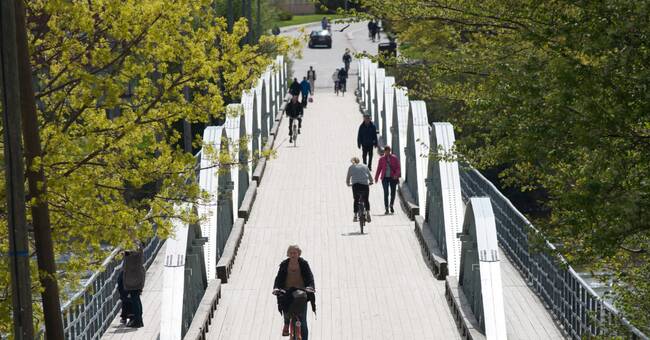 Air pollution is a major health hazard in European cities and to help residents keep track of their city, the EAA is launching an interactive tool on Thursday where everyone can see what the air environment looks like in a few hundred cities.

Right now, there are statistics for 323 cities across the continent, and of these, Umeå has the cleanest air.

According to the EAA, the city of birches has 3.7 micrograms of particles per cubic meter of air, well below the EU limit value of 25 and thus the lowest in Europe.

But the other Swedish cities that are included so far - Uppsala, Stockholm, Gothenburg and Malmö - are included among the 127 cities that end up in the category "good air" and are all on the right side of both the EU and WHO's stricter limit value of 10 micrograms per cubic meter of air.

"While air quality has improved markedly in recent years, pollution remains stubbornly high in many cities across Europe," said EEA chief Hans Bruyninckx in a statement.

Tampere in Finland and Funchal in Portugal are second and third on the EEA's list, respectively.

It is worse in five cities that are considered to have very bad air.

The worst situation is in the Polish Nowy Sacz, where 27.3 micrograms of particles per cubic meter of air are measured, Cremona in Italy and Slavonski Brod in Croatia.

Hundreds of thousands of lives

An EEA report from November last year stated that Europe's air has become cleaner in the last decade, but that the bad air in 2018 alone led to 417,000 people in 41 countries dying prematurely.

In a similar study, published in The Lancet Planetary Health earlier this year, a group of researchers from Spain, Switzerland and the Netherlands estimated that particles and nitrogen oxides cause more than 200,000 premature deaths per year in European cities.

They stated that if the levels of those substances throughout Europe were to be lowered to the limit values ​​advocated by the World Health Organization WHO, some 52,000 premature deaths could be avoided each year.