During their long-awaited meeting in Geneva on Wednesday, Joe Biden and Vladimir Poutin welcomed constructive exchanges. The two heads of state have shown their willingness to ease tensions while ... 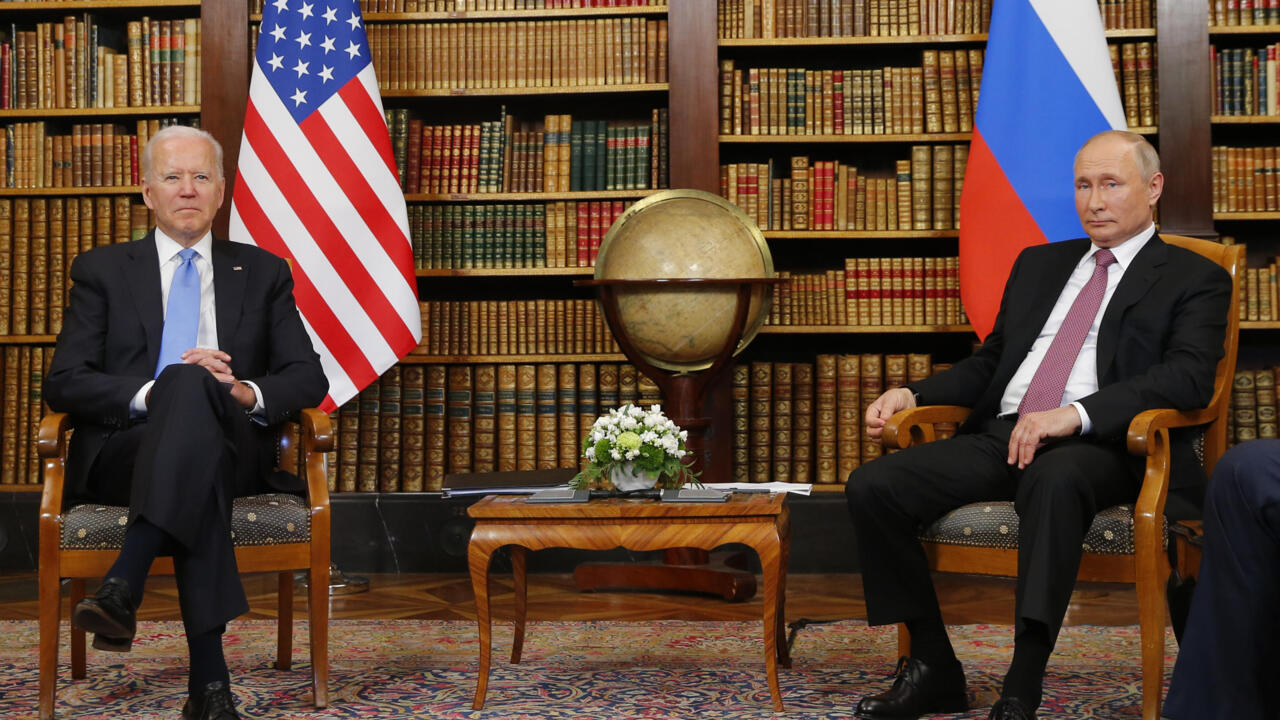 "It was a pretty good first meeting," said Ian Bremmer, president of the expertise company Eurasia Group, after the meeting between Joe Biden and Vladimir Poutine.

"I think the two camps have decided to take a breather and see if it is possible to improve relations," he told AFP.

After attacks formulated from a distance, this calm face-to-face laid the foundations for a pragmatic personal relationship.

In Geneva, the two men did not appear together in front of the journalists, but the funny dialogue established by the succession of press conferences, punctuated by winks, gave the impression of a much more balanced exchange.

"It was important to meet in person," said Joe Biden.

The American leader stressed that he saw foreign policy as "the logical extension of personal relations".

An "informal" and "constructive" meeting

"He spoke of his family, of what his mother told him (...), that says a lot about his moral values, it's quite attractive", moreover slipped the Russian about the American .

The meeting, which lasted more than three hours, was "informal", the latter said, expressing quiet amusement.

On both sides, the same satisfecit on talks with a "positive" (Biden), "constructive" tone and without "any animosity" (Putin).

A record that differs from the sharp formulas exchanged in recent months - the new American president had estimated, in response to a journalist, that Vladimir Putin was "a killer", causing the beginning of a diplomatic crisis between two rival powers and whose relations were already at its lowest since the end of the Cold War.

In Washington, many Republican elected officials had warned the Democratic president against a summit which, failing to lead to concrete results, risked playing into the hands of the master of the Kremlin.

"It could have gone a lot less well"

Joe Biden seemed above all anxious to distinguish himself from his predecessor Donald Trump who, by dint of wanting to establish a friendly bond with his Russian counterpart, had appeared in a position of inferiority during their joint press conference in the summer of 2018 in Helsinki.

This had earned him fierce criticism even in his own camp.

Before and after the tête-à-tête in Switzerland, Joe Biden refused to repeat this frontal attack, preferring to describe his Russian counterpart as a "smart" but "tough" leader.

The person obviously wanted to turn the page too, deeming "satisfactory" the "explanations" of his American counterpart.

"It could have gone much less well," observes Yuval Weber, researcher at the Wilson Center think tank.

"They could have exchanged names of birds, taught each other a lesson, had a dialogue of the deaf".

By declaring that his interlocutor is "an adversary who must be recognized at his fair value" and that Russia is "a great power", the American president wanted, according to Yuval Weber, "to say things which Putin can then seize for to restore the status of Russia ".

Does this meeting bode a real improvement?

For the time being, concrete results are almost non-existent.

Joe Biden certainly evoked "a sincere prospect of significantly improving relations", he also assured several times that he had by no means decided to "trust" Vladimir Poutine, and that only the future would say whether this improvement would materialize.

Experience prompts him to be cautious.

In 2001, then US President George W. Bush hailed "a remarkable leader," before a clear degradation.

And Barack Obama, of whom Joe Biden was the vice-president, had attempted a "reset" ("restart") of American-Russian relations.

"Biden is someone who wants constructive relations, he does not consider Putin as a friend," explains Ian Bremmer.

"He expects Russia to act in its own interests, and since the two countries have certain converging interests, they can work together" on these matters.

But to see a real warming, continues this expert, "I want to see a drastic decrease, in the next three months, of the ransomware attacks coming from Russia, and nothing of the scale of that which targeted Colonial Pipeline", the group oil pipelines paralyzed in May, causing gasoline shortages in several major cities in the United States.

Skepticism is even stronger in the ranks of the American opposition.