In the press - "We breathe"

On the front page of the French press this Thursday, "we breathe". The dailies welcome the lifting of the curfew on Sunday and the green light from the government to reduce the wearing of masks which are no longer ... 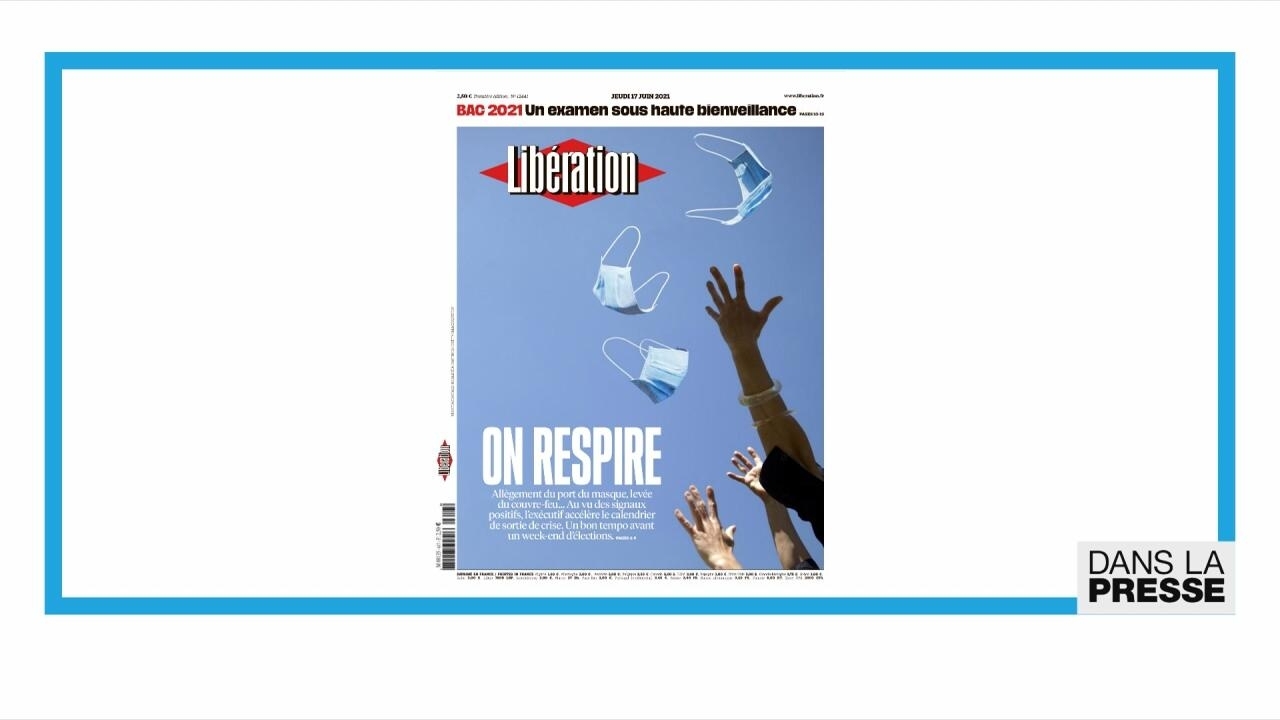 "We breathe" on the front page of

against a backdrop of releasing masks. The French press in unison welcomes this great surprise breath announced by the government. No more wearing the compulsory mask outside and the curfew from Sunday. The Clermont-Ferrand newspaper

puts these "newfound smiles" on the front page. The bet of Macron "Zorro", the masked knight is won thanks to "a vaccination campaign beginning in the disaster but bailed out with dexterity". For Le

, "Castex finally whistles the end" and takes note after eight long months of restrictions of the generalized weariness of the French.

An announcement whose "timing" questions: "Why Macron drops the mask?" tries to understand

Masks that fall thanks to the improvement of the health situation. As for the lifting of the curfew, the daily thanks "the blues" whose Euro match on Tuesday against Germany was revealing, writes Jean Michel Salvator in his editorial: "how to maintain the curfew at 11pm when the final whistle had just sounded and the French had only one idea in mind (…) to celebrate victory after months of constraints and isolation! ".

also sees it as an electoral calculation: "In the regions the majority is firing any mask".

A few days before a badly started ballot, the presidential majority hopes to capitalize on this good news.

The press is also interested in the potential fallout from the Biden-Poutin summit this Wednesday in Geneva.

believes that the talks between the two presidents should not lead to any detente because of the minimum format of this meeting, without a joint press conference or even a joint declaration.

This would tend to show for this Russian daily that none of the camps is finally ready to engage.

headlines on a "war without victory" by drawing a parallel with the Cold War and the meeting in 1985 in Geneva between Presidents Reagan and Gorbachev. As yesterday, the two camps agreed on "the impossibility of winning a nuclear war". The meeting in 1985 was the starting point for real disarmament. Today this summit could initiate a dialogue on the future of treaties aimed at limiting military capabilities.

With a political career spanning four decades, the American president is trying not to make the same mistakes as his predecessors with the Russians.

With low expectations, Biden and Putin can congratulate themselves on the start of progress on a handful of issues.

This is a Napoleonic heritage.This Thursday, more than half a million high school students work for four hours on their dissertation in philosophy.