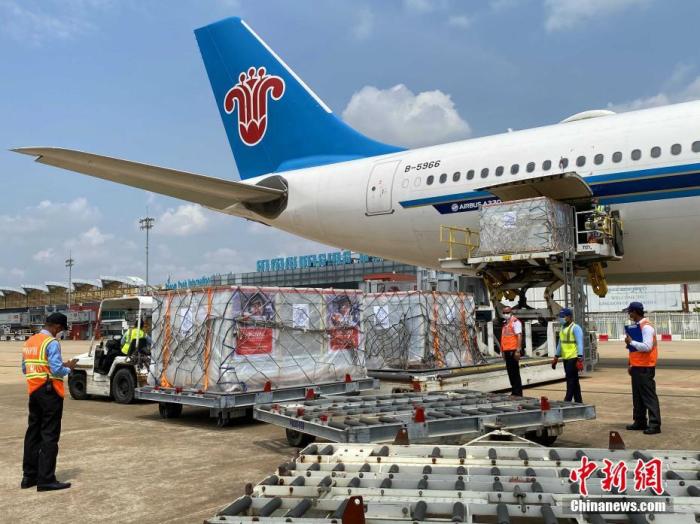 "The Wall Street Journal" published an article on the 16th that millions of doses were counted in the case that Western governments focused on vaccinating their own populations and the World Health Organization-supported "New Coronary Pneumonia Vaccine Implementation Plan" (COVAX) was unable to achieve the set goals. China’s vaccines have been shipped to all parts of Asia.

Not only that, but Chinese vaccines were also delivered to the capitals of other Southeast Asian and South Asian countries in the same way.

In the previous weeks, Manila in the Philippines, Bangkok in Thailand, Kathmandu in Nepal and Jakarta in Indonesia have all received vaccines from China.

The US "Capitol Hill" also paid attention to this phenomenon.

The newspaper pointed out that many countries have a high proportion of Chinese vaccines: about half of the vaccine dose in the Philippines comes from China, and Cambodia mainly uses Chinese vaccines.

In addition, 89% of the 95 million doses of vaccine received by Indonesia are China's Kexing vaccine.

Prior to this, the two vaccines of Sinopharm and Kexing were included in the WHO emergency use list, which fully proved their safety and effectiveness.

According to a Reuters report, Malaysian Foreign Minister Hishamuddin said on the 16th that China has agreed to donate 500,000 doses of the new crown vaccine produced by Kexing.

He said, “This timely contribution will speed up the vaccination process and contribute to the continued advancement of Malaysia’s immunization program.”

The Wall Street Journal pointed out that in the first half of 2021, with the help of a combination of small-scale donations and large-scale contract sales, the contribution of China's vaccines in the vaccination work of Asian developing countries has attracted attention, and it has also promoted vaccines for the governments of these countries. The vaccination work provided a boost.

The Ministry of Foreign Affairs of China stated that China will do its best to provide assistance to more than 80 developing countries in urgent need of vaccines and export vaccines to more than 40 countries.

So far, China has supplied 350 million doses of vaccine to international partners.

"Vaccines from China have helped many countries quickly start vaccination work and achieved the goals they are striving to pursue." "Capitol Hill" wrote.