Tegnell about the delta variant: "We need to take it very seriously"

The societal spread of the corona mutation first discovered in India - the delta variant - is a fact. At the same time, the Swedish Public Health Agency's database SmiNet has been forced to close down and new covid figures have not been delivered in several days. - Everyone works hard to get control of the situation, says state epidemiologist Anders Tegnell. 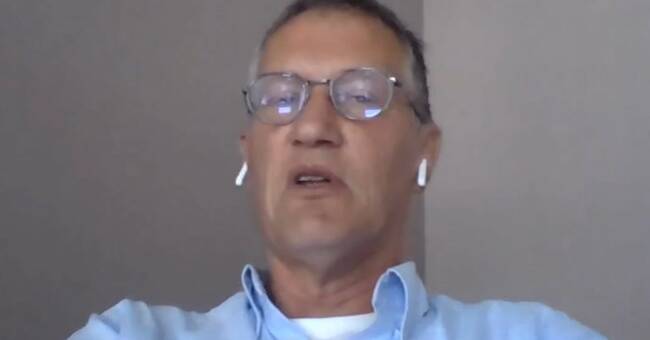 The Swedish Public Health Agency's database SmiNet has once again been forced to close down due to security reasons.

State epidemiologist Anders Tegnell hopes that the system will be up and running again on Thursday and that updated corona figures can be delivered at Thursday's press conference.

If the plan is locked, figures regarding the spread of the mentioned delta mutation will also be included in the presentation.

- We need to take the delta variant very seriously and we do, says Anders Tegnell.

Tegnell believes that it is now a matter of limiting the spread of infection as quickly as possible, using the same measures as before during the pandemic.

Most importantly, he believes that infection tracking and testing is.

- Everyone works hard to get control of the situation, says the state epidemiologist.

In the United Kingdom, the delta variant has completely taken over the spread of infection and accounts for more than 90 percent of all new cases.

As a result, the planned reopening of English society has been postponed until 19 July.

Is there a risk that the restrictions will be extended in Sweden?

- Not as it looks today.

Tegnell believes, however, that it may be relevant to postpone certain changes to the restrictions if the situation deteriorates.

It was yesterday, Tuesday, that FHM stated that Sweden has a societal spread of the corona mutation that was first discovered in India - the delta variant.

The concept of societal spread means that the infection is not only detected in those who have visited high-risk areas but is spread throughout society.

It has previously been known that the delta variant spreads faster compared to other variants of covid-19.

Now researchers in Scotland have shown that the risk of being hospitalized can be twice as high if you are infected with delta, reports Swedish Radio Ekot.

According to data mentioned in Tuesday's broadcast of Aktuellt, there are indications that a dose of vaccine does not protect as well against the delta variant as against the other mutations.

- We know that the vaccine works well even on this variant, which gives us reassurance that there will be no major problems.

According to the World Health Organization (WHO), the variant has so far been discovered in at least 74 countries.