Demands for the withdrawal of the Eritrean forces .. a UN warning of the spread of famine in Tigray

UN sources have warned of the dangers of a deadly famine spreading in the Tigray region, northern Ethiopia, and other regions if the world does not act to stop the war there, stressing that “rape and starvation have become a systematic weapon used against the displaced.” 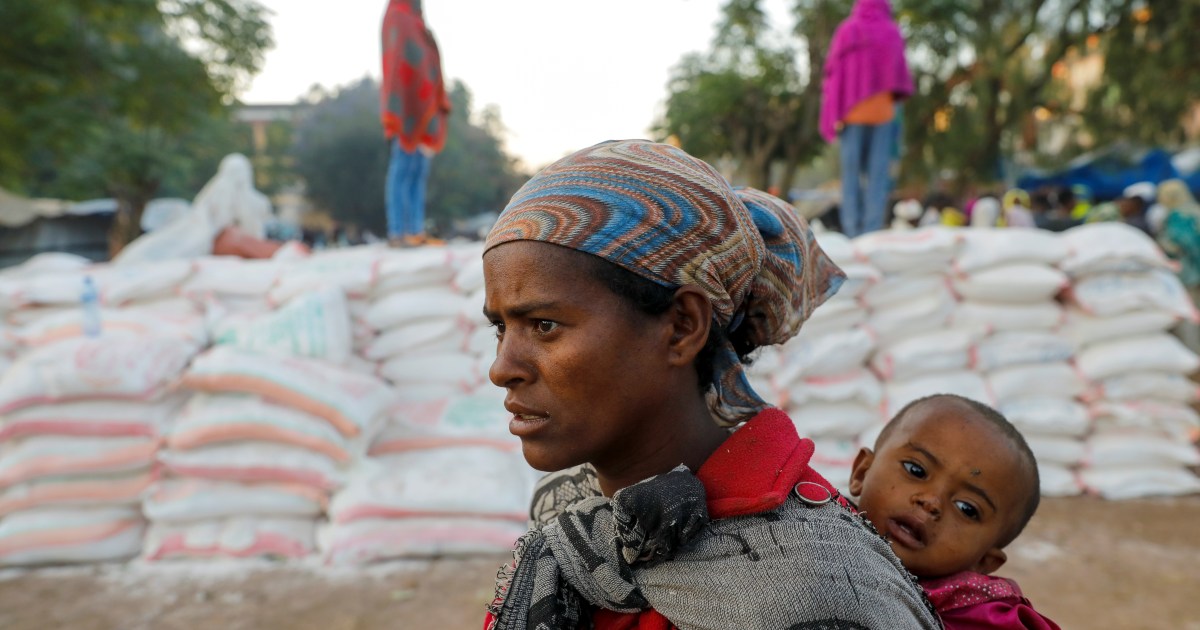 UN sources have warned of the dangers of a deadly famine spreading in Tigray, northern Ethiopia, and other regions if the world does not act to stop the war there, stressing that "rape and starvation have become a systematic weapon used against the displaced."

Outgoing UN aid chief Mark Lowcock told the 15-nation Security Council in a private briefing during a closed-door session on Tigray that "no one should be surprised to see a repeat" of the devastating 1984 famine if violence in Tigray does not stop and Eritrean forces do not withdraw.

During the closed session, representatives of Member States heard two statements from Mark Lowcock and David Beasley, Director of the World Food Programme.

Diplomats who attended the meeting quoted Lowcock as telling the council, "Rape is used systematically to terrorize and abuse women and girls."

He added that Eritrean soldiers use starvation as a weapon of war, and that displaced people are detained, beaten and threatened.

Lowcock said that the famine suffered by hundreds of thousands in the war-torn Ethiopian region of Tigray has begun to spread to other parts of the country, in a warning that Addis Ababa strongly rejected.

In his speech, he added that the United Nations and non-governmental organizations estimate more than 350,000 people, the number of people currently suffering from starvation in Tigray, noting that administrative officials in the region have started "reporting deaths caused by starvation."

The UN official pointed out that in addition to these 350 thousand people, "two million people in the regions of Tigray, Afar and Amhara" are on the verge of falling into the clutches of hunger.

However, Ethiopia's permanent representative to the United Nations, Tai Atke Selassie Amede, said after his participation in the session that his country refuses for the council to discuss the Tigray issue, as it considers it an internal matter.

In a statement to reporters, he added that he categorically disagrees with the assessment of the international organization on the famine in his country, saying that the United Nations and non-governmental organizations did not collect this data in a "transparent and comprehensive manner."

The last closed session of the UN Security Council on Tigray dates back to April 22, when its 15 members succeeded that day in agreeing to issue a unanimous statement on the violations taking place in the region in northern Ethiopia.

Atasky said that the situation in Tigray region does not require the UN Security Council to hold its own session.

In response to journalists' questions about the withdrawal of Eritrean forces from Tigray, Atsky said, "This is a matter related to technical and procedural aspects, and we expect their withdrawal from the region soon."

On the other hand, Britain's permanent representative to the United Nations, Ambassador, Barbara Edward, stressed the need for Eritrean forces to withdraw from Tigray without delay.

"Ethiopia informed us last March of the withdrawal of Eritrean forces and we are now in the month of June, and there can be no further delay," she told reporters after the session.

On November 4 last, clashes erupted in the region between the army and the Tigray People's Liberation Front, before Addis Ababa announced on the 28th of the same month, the end of a "law enforcement" operation to control the entire region, despite reports of continued violations rights in the region to this day.

The conflict caused the displacement of hundreds of thousands, as well as the flight of more than 60,000 people to Sudan, according to observers.