Values ​​of the Republic at school: "Teachers are generally in disarray"

Guest of &amp; quot; Europe Midi &amp; quot ;, Tuesday, Jean-Pierre Obin returns to his report which points to gaps in the training of teachers in the values ​​of the Republic. A report that will lead in particular to the training of 1,000 trainers on these issues from the start of the next school year, as the Minister of National Education, Jean-Michel Blanquer has already announced. 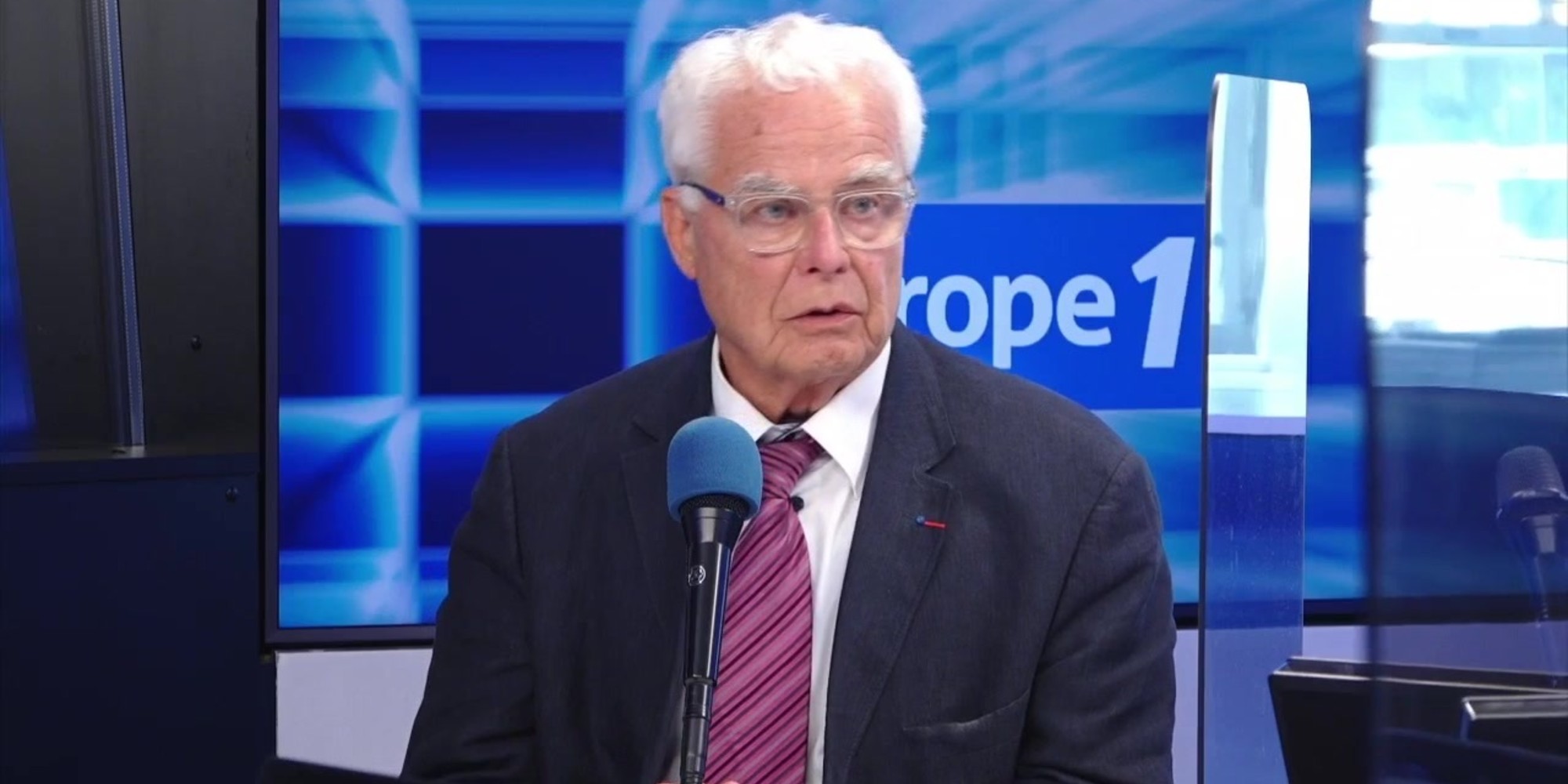 Guest of "Europe Midi", Tuesday, Jean-Pierre Obin returns to his report which points to gaps in the training of teachers in the values ​​of the Republic.

A report that will lead in particular to the training of 1,000 trainers on these issues from the start of the next school year, as the Minister of National Education, Jean-Michel Blanquer has already announced.

Eight months after the assassination of Professor Samuel Paty, and on the eve of the release of a book by Mila, this young girl forced to live under police protection for having criticized Islam, the debate on respect for the values ​​of Republic at school returns to center stage. On Monday, the Minister of National Education, Jean-Michel Blanquer, announced a four-year training plan for staff. A decision taken following the submission, in April, of Jean-Pierre Obin's report on the subject.

For the latter, guest of

, Tuesday, it is time to do something.

Referring to the Education Code, this former Inspector General recalls that "the primary mission of the school is to make students share the values ​​of the Republic".

But today, "we have teachers and more generally staff [of National Education] who are generally in disarray with regard to this question".

"They are on their own," said the former inspector, recalling that "50% of teachers self-censor" when they address these issues, according to a survey by the Jean-Jaurès Foundation. A figure which has also made "a jump of 13 points since the assassination of Samuel Paty" on October 16, 2020. A situation which reveals an "insufficient support and tools" from the National Education to his teachers on this topic. But Jean-Pierre Obin's report also points to a lack of knowledge among teachers. By questioning dozens of National Education executives on the concepts behind the values ​​of the Republic which must be taught at school, he obtained "surprising" answers.

>> Find Patrick Cohen's interviews every day on Europe 1 at 12:40 p.m. as well as in replay and podcast here

"Everyone quotes 'freedom, equality, fraternity and secularism'. But from there, we have a very wide variety of answers."

Notions that are not or rarely mentioned even though they are included in the fundamental texts (social justice, democracy, universalism, human dignity, etc.), to concepts that are not mentioned in the texts, such as diversity.

A lack of knowledge, therefore, partly due to a lack of training.

This is why one of the first actions to be implemented that Jean-Pierre Obin recommends is to train 1,000 trainers as of the next school year.

An apprenticeship that will be provided by a higher education institution in an intensive form.

It is then up to them to pass on their knowledge to the teachers.

Hierarchical support to be found

As for the lack of support that teachers may feel in front of their hierarchy, "which is called the pas-de-vaguisme", Jean-Pierre Obin judges that the school is in "a perverse circle that must absolutely be broken. ". And on this specific point, the rapporteur has received assurances from Jean-Michel Blanquer that he will ask those in charge [of establishments] "to have a very firm speech on this subject at the start of the school year".