A little over three months ago, the UN expert group on mercenaries sounded the alarm about serious "human rights violations" attributable to ... 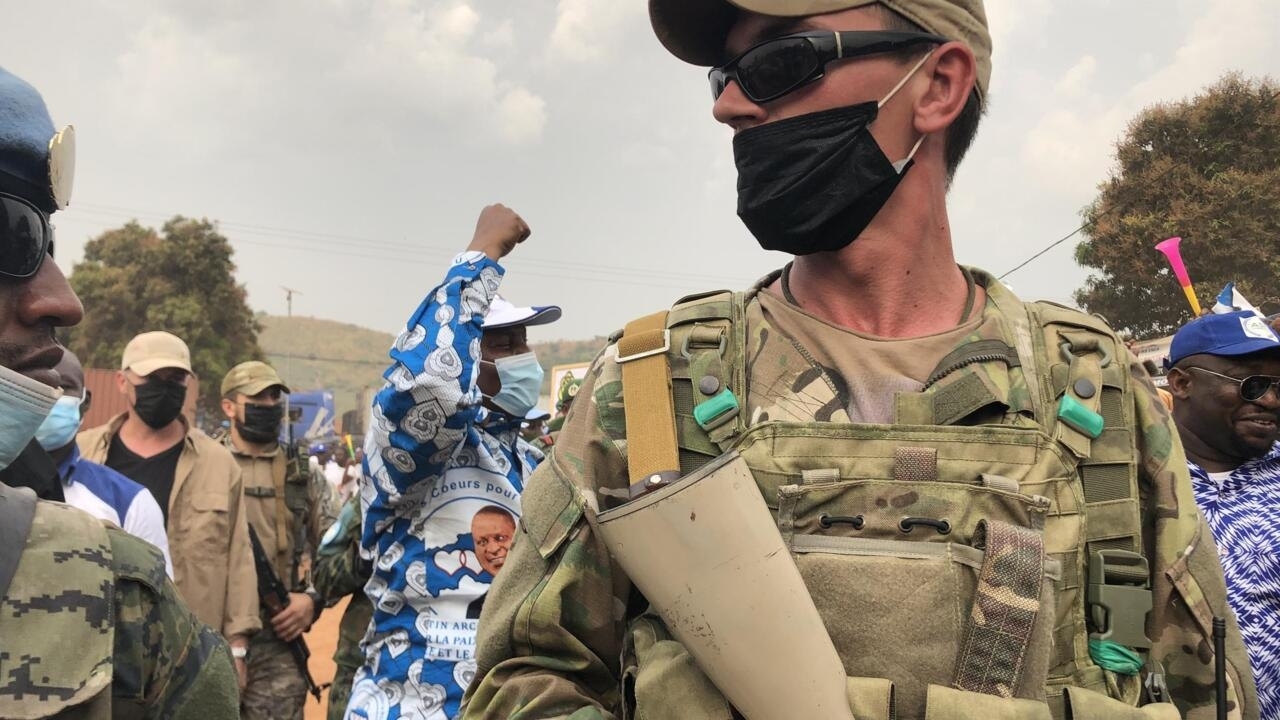 President Touadéra accompanied by Russian elements of his close guard during the launch of the presidential campaign, December 12, 2020 in Bégoua.

A little over three months ago, the United Nations expert group on mercenaries sounded the alarm about serious “

” attributable to Russian paramilitaries in the Central African Republic.

Experts denounced an increased use of these private security companies by the authorities, which had been the target of a new rebellion since the December elections.

Massive summary executions, arbitrary detentions, torture and other enforced disappearances ... The accusations leveled against the three Russian entities pointed out in

the report of the UN group of experts

are very heavy. In a note drafted in the wake which has only just been made public, Russia says it regrets "

". And as usual, she denounces in passing what she qualifies as "

UN experts also pointed to the opacity surrounding the presence of these Russian paramilitaries in the Central African Republic, in particular their status and the legal basis on which they operate.

Russia is reacting on this point as well.

The 500 or so instructors present in the Central African Republic at the end of April were there at the request of the country's legitimate authorities, to "

are not armed and do not take part in hostilities

", assures this note, in spite of numerous reports of local NGOs and the UN which say the opposite.

Mercenarism, a crime in Russia

But is this a way of taking some distance from these paramilitaries?

The note recalls that mercenarism is a crime in Russia and that the law does not recognize the existence of private security companies.

Therefore, she said, the three offending entities are unknown to the battalion in that country.

Russia also considers that the presence in the Central African Republic of Russian citizens within the framework of private contracts with non-state companies does not commit it, before recalling that they can be sued in a personal capacity before the courts of this country, if they committed crimes there.

RCA: several hundred new Russian instructors at the service of the Faca

The look of "Africa World"

In the Central African Republic, victims of Russian abuses break the law of silence