Suggestion: Fine if you cross the center via Kungsgatan

Well-trafficked Kungsgatan's time as a thoroughfare in the city center can be over. According to a proposal, traffic will be diverted to Fålhagen and Höganäs. - We need to reduce air pollution in the city center, says Rickard Malmström (MP). 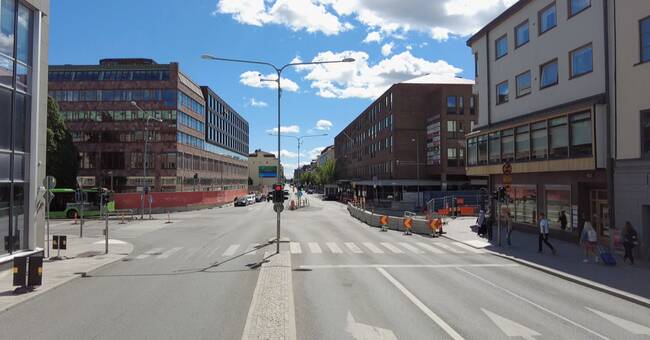 If the proposal, which will be taken up at next week's meeting of the street and community building committee, passes, the redirection will take effect at the turn of the year.

Then cars will no longer be able to drive through the city center via Kungsgatan but will have to turn off on Vaksalagatan, regardless of which direction you come from.

Whoever breaks it is fined.

- A third of everyone who drives along Kungsgatan does not have the center as a destination.

These are the ones we want removed, says Rickard Malmström (MP), chairman of the committee.

The hope is that the traffic will be moved east, all the way to Tycho Hedén's road.

An "absolutely excellent solution" according to Rickard Malmström, even though it is one of Uppsala's most dangerous streets.

He emphasizes that more Uppsala residents die due to air pollution than in traffic accidents.

You do not just change the cause of death?

- We hope to be able to ensure that Tycho Hedén's road is also traffic safe, absolutely, but it is not defensible that people in the city center should die prematurely from air pollution just because people want to drive there.

In the clip above, you can see how Kungsgatan is being redesigned.