Sky clears between EU and US after Airbus and Boeing deal Brussels (AFP) The EU and the United States agreed on Tuesday on a five-year armistice to settle the old Airbus / Boeing conflict that was poisoning their relationship, a tangible sign of appeasement between the two blocs after the Trump years. "We jointly decided to resolve this dispute. Today we kept our promise," said European Commission President Ursula von der Leyen. This breakthrough was 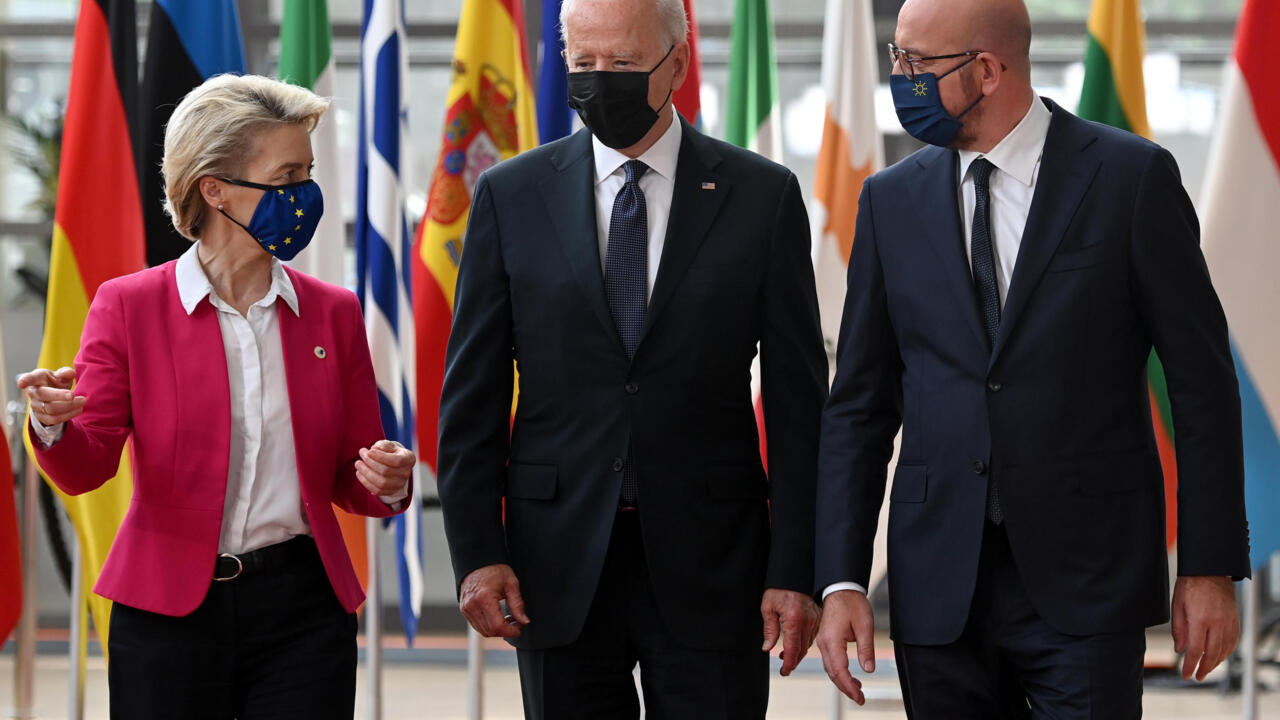 The EU and the United States agreed on Tuesday on a five-year armistice to settle the old Airbus / Boeing conflict that was poisoning their relationship, a tangible sign of appeasement between the two blocs after the Trump years.

This breakthrough was achieved during a visit by US President Joe Biden to Brussels for an EU / US summit, the first such meeting since 2017.

"This agreement opens a new chapter in our relationship because we are moving from litigation to cooperation on aeronautics, after 17 years of dispute," said Ms. von der Leyen.

The two parties have agreed to suspend for five years the punitive customs duties they inflict on themselves in the context of this dispute, explained US President Joe Biden, hailing "a major breakthrough".

He immediately took the opportunity to rally the EU in its standoff with China.

"We have agreed to work together to challenge and counter China's non-commercial practices in the (aerospace) sector, which give Chinese companies an unfair advantage," he commented.

"It is a model on which we can rely to meet other challenges posed by China's economic model," he insisted.

Washington and Brussels have been opposed since 2004 before the World Trade Organization (WTO) on illegal public aid paid to their two aircraft manufacturers.

Under the Trump administration, Washington was authorized in October 2019 to impose taxes on nearly 7.5 billion dollars (6.8 billion euros) of European goods and services imported each year, up to 25% for wines and spirits, and 15% for Airbus aircraft.

The WTO had also allowed Brussels to impose $ 4 billion in taxes on products imported from the United States.

The French Minister of the Economy Bruno Le Maire welcomed this "good agreement", calling for "definitively concluding" the dossier, while his German counterpart welcomed an "important signal for transatlantic cooperation".

"It was one of the oldest and costliest disputes in the history of the WTO, and both sides have shown that even the seemingly most intractable disputes can be resolved," said the director-general of the institution. , Ngozi Okonjo-Iweala.

The deal was praised by Boeing.

It creates "the conditions for fair competition" between the two aircraft manufacturers, said Airbus.

French wine and spirits exporters have declared themselves "relieved".

In addition to the Airbus / Boeing conflict, the EU and the United States are still opposed on a series of other issues, in particular that of European steel and aluminum exports for which the EU wants a settlement by now December.

Mrs von der Leyen has announced a working group on this dossier.

"I am confident that we will find a solution," she said.

The summit was "an important moment with the first acts which were taken beyond the general or generous messages. We will continue in this spirit, being clear that certain subjects will of course be more difficult", underlined Charles Michel, the President of the European Council which represents the 27 Member States of the EU.

Donald Trump's tenure had been marked by strong tensions with the EU, which Biden's predecessor considered "an enemy".

The new US president wants to "defuse trade disputes in order to focus on his priority, China," said Eric Maurice of the Schuman Foundation.

The EU and the United States are also closing ranks against Russia, which they accuse of attempts to destabilize Ukraine and Georgia, two neighboring countries tempted by a rapprochement with the Europeans.

On the eve of a summit with Vladimir Poutine in Geneva, Mr. Biden left Brussels, with the symbol of union he had come to seek.

The European countries "are clearly united in their approach towards their bigger neighbor", affirmed Mrs von der Leyen, noting that "the EU-Russia relationship is currently rather in a negative spiral".