The Hungarian Parliament voted on Tuesday for a text banning educational programs and advertisements featuring sexual and gender minorities. Books and series should also be ... 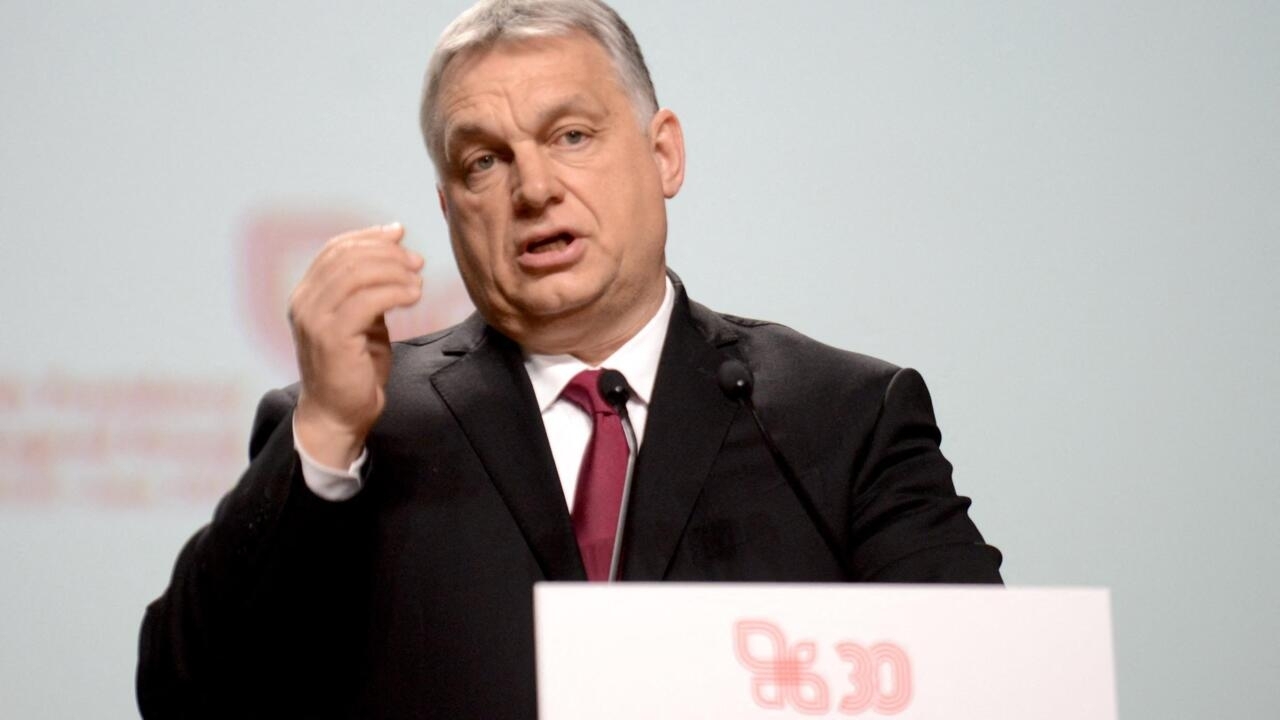 Hungary adopted, Tuesday, June 15, a text prohibiting the "promotion" of homosexuality among minors, causing concern among rights defenders, while the sovereignist government of Viktor Orban is increasing restrictions on the LGBT community.

The amendments in question were approved by 157 deputies, including those of the ruling Fidesz party, during a session of Parliament broadcast live by the media.

The opposition boycotted the vote, with the exception of the anti-Orban nationalist formation Jobbik, which voted in favor.

"Pornography and content that represents sexuality or promotes deviation from gender identity, sex reassignment and homosexuality should not be accessible to those under the age of 18," it says in this document consulted by AFP, which intends to "protect the rights of children".

>> To read: Hungary: how Viktor Orban turns vaccines into a political weapon

In practice, educational programs or advertisements from large groups in solidarity with sexual and gender minorities, such as Coca-Cola representing a couple of men who had sparked calls for a boycott in 2019, will no longer be authorized.

It should be the same for books, such as the collection of tales and legends trivializing homosexuality which had drawn the wrath of power in the fall of 2020. The Hungarian Prime Minister had at the time called to "leave (the) quiet children ".

Series like "Friends" or films like "Bridget Jones" or "Billy Elliot", in which homosexuality is mentioned, could also be banned for minors, warn the NGOs.

"The text of the law is, by design, very ambiguous"

In Washington, where Democratic President Joe Biden has made LGBTQI rights a priority, a State Department spokeswoman spoke of US officials' "concern" for "free speech" and said the law Hungarian established restrictions which "have no place in a democratic society".

"The text of the law is, by design, very ambiguous," said Zsolt Szekeres, representative of the Helsinki Committee (HHC), a human rights organization.

"We do not yet fully know the consequences," he told AFP, but this law "will cool the organizers" of events.

"How can I be sure that what I am going to say does not reach the ears of someone under the age of 18, that a child will not pass in the street during a Gay Pride?", He said. he asks.

Thousands of people took to the streets of Budapest on Monday evening, displaying a large rainbow flag in front of Parliament, to denounce the "cruel political campaigns" of power.

Viktor Orban, who pledged to usher in an illiberal cultural "new era", over the years has toughened legislation against lesbian, gay, bisexual and transgender people, and is still beefing up his discourse within a year of legislative elections which promise to be disputed.

"An affront to European values"

These new amendments "will further stigmatize LGBT people, exposing them to further discrimination in what is already a hostile environment," Amnesty International Hungary director David Vig said in a statement, drawing a connection with " the infamous "Russian law which punishes any act of homosexual" propaganda "aimed at the youngest.

Amnesty calls on "the European Union and its Member States" to react.

"We cannot let our fellow citizens think that on such fundamental subjects, Europe is à la carte. And therefore we will defend them without any weakness", reacted the French Secretary of State for European Affairs, Clément Beaune, in margin of a trip to Vienna.

French MEP Gwendoline Delbos-Corfield (Greens), European Parliament rapporteur on the situation in Hungary, for his part deplored "an affront to European values".

“Using the child protection argument as a pretext to target LGBTQI people is perverse, counterproductive and dangerous for everyone,” she added.

The provisions adopted Tuesday are part of an arsenal of measures for the protection of minors and aimed at combating pedophilia.

These include the creation of a database of convicted persons accessible to the public, or their banning from certain professions.

In December, the government had already de facto banned adoption by same-sex couples and enshrined the traditional notion of family and "gender" in the Constitution.

Hungary, a member of the European Union (EU) since 2004, whose charter of fundamental rights prohibits any discrimination based on sexual orientation, is regularly accused by Brussels of breaches of the rule of law.