The intention of the Ukrainian authorities to abolish the free economic zone (FEZ) "Crimea" has no legal force, said the Crimean senator Sergei Tsekov. In turn, the State Duma deputy from the peninsula Ruslan Balbek called the Ukrainian legislative initiative "dust in the eyes" and Kiev's attempt to attract the attention of the West. Earlier it became known that a bill has been submitted to the Ukrainian parliament that abolishes the Crimea FEZ, created in 2014, since it is “outdated”. 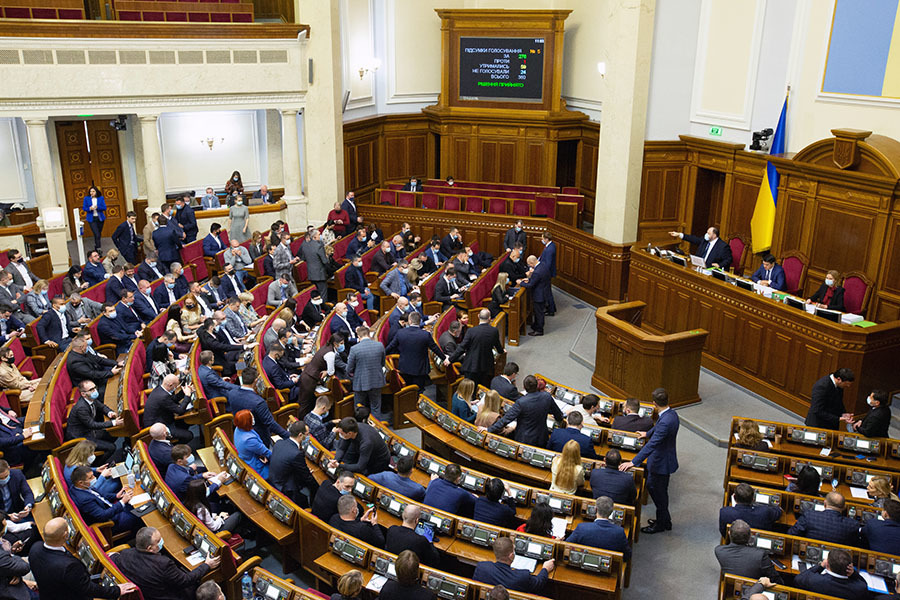 The development by the deputies of the Verkhovna Rada of a bill aimed at abolishing the free economic zone "Crimea" will not lead to any legal consequences for the inhabitants of the peninsula.

This was stated by RT, a member of the Federation Council Committee on International Affairs from the Republic of Crimea, Sergei Tsekov.

“This decision is absolutely insignificant in terms of its legal consequences.

In this way they demonstrate that they continue to deal with Crimea.

Probably, they want to punish those Crimeans who were citizens of Ukraine, who now live in Crimea and who express full agreement with the fact that Crimea is part of Russia, ”said Tsekov.

According to him, in this way the Kiev authorities will punish their own citizens "who live in Ukraine, but conduct economic activities in Crimea."

“They can punish their own with such decisions.

These are additional taxes.

Although, as I understand it, this decision will not bear any special consequences, even if it is adopted.

So far, this is only a draft law, ”the senator added.

Earlier, the Ukrainian portal Obozrevatel reported that Ukraine is planning to cancel the free economic zone "Crimea", created in 2014.

It is noted that the document is still being developed in the Ukrainian parliament, but they intend to adopt it before the summit of the "Crimean Platform", scheduled for August.

“The general approach to the creation of a free economic zone in the temporarily occupied territory of Ukraine is already outdated, it does not correspond to the situation of prolonged occupation.

Therefore, there is an urgent need to abolish the law of Ukraine "On the creation of a free economic zone" Crimea "and" On the specifics of economic activity in the temporarily occupied territory of Ukraine ", some of the norms of which have lost their relevance," the explanatory note says.

Recall that Crimea became a Russian region after a referendum held there in March 2014, in which the overwhelming majority of residents spoke in favor of reunification with Russia.

At the same time, Russian officials have repeatedly indicated that the issue of Crimea is closed - it is a constituent entity of the Russian Federation.

“The fate and future of Crimea is forever with Russia, whether someone likes it or not. None of the actions of Western states led by the United States can change this reality - neither from the international legal, nor from the political, nor from the moral point of view, ”emphasized Russian Foreign Minister Sergei Lavrov.

Kiev, within the framework of the Crimean Platform project, intends to discuss plans for the “de-occupation of Crimea”.

For the first time, this format became known in June 2020.

As Volodymyr Zelenskyy pointed out, Kiev “unites the world” on the basis of the “Crimean Platform” in order to “return Ukrainian things to Ukraine”.

It was originally planned that the summit will be held on February 26, 2021, on the so-called "Day of Resistance to the Occupation of the Autonomous Republic of Crimea and the city of Sevastopol" established by Zelensky.

However, it was decided to postpone the event until 23 August, thus timed to coincide with the Independence Day of Ukraine (24 August).

"Dust in the eyes"

According to the Crimean State Duma deputy Ruslan Balbek, the Ukrainian legislative initiative is aimed at somehow entering the world news agenda ahead of the meeting between Russian and US Presidents Vladimir Putin and Joe Biden.

“There was no sense in the so-called free Ukrainian economic zone in Crimea, there will be no use after its liquidation.

Since March 2014, Ukraine has not received and will not receive a ruble to its budget from the peninsula.

This is all - dust in the eyes, a signal to the Western world about supposedly some kind of control over the life of the peninsula, an attempt to attract attention: "Look how we act tough, we must be reckoned with," said the interlocutor of RT.

Crimean Senator Olga Kovitidi, in turn, noted that the Ukrainian bill will not bear any legal consequences and the residents of Crimea will not feel its effect in any way.

According to her, the document will be useless for ordinary residents of Ukraine, reports the newspaper "Izvestia".

“I would understand if preferences were adopted at the intergovernmental level, according to which some additional incentive tools would be created for the numerous residents of Ukraine who come to Crimea for recreation. But what is the point of adopting a bill that will not work? " The senator asked.