Queen Letizia gets tired of the heel: this is how she tunes her brand shoes

When Letizia Ortiz became Princess of Asturias, the general comment about her fashion accessories always focused on the ease with which she wore heels ... 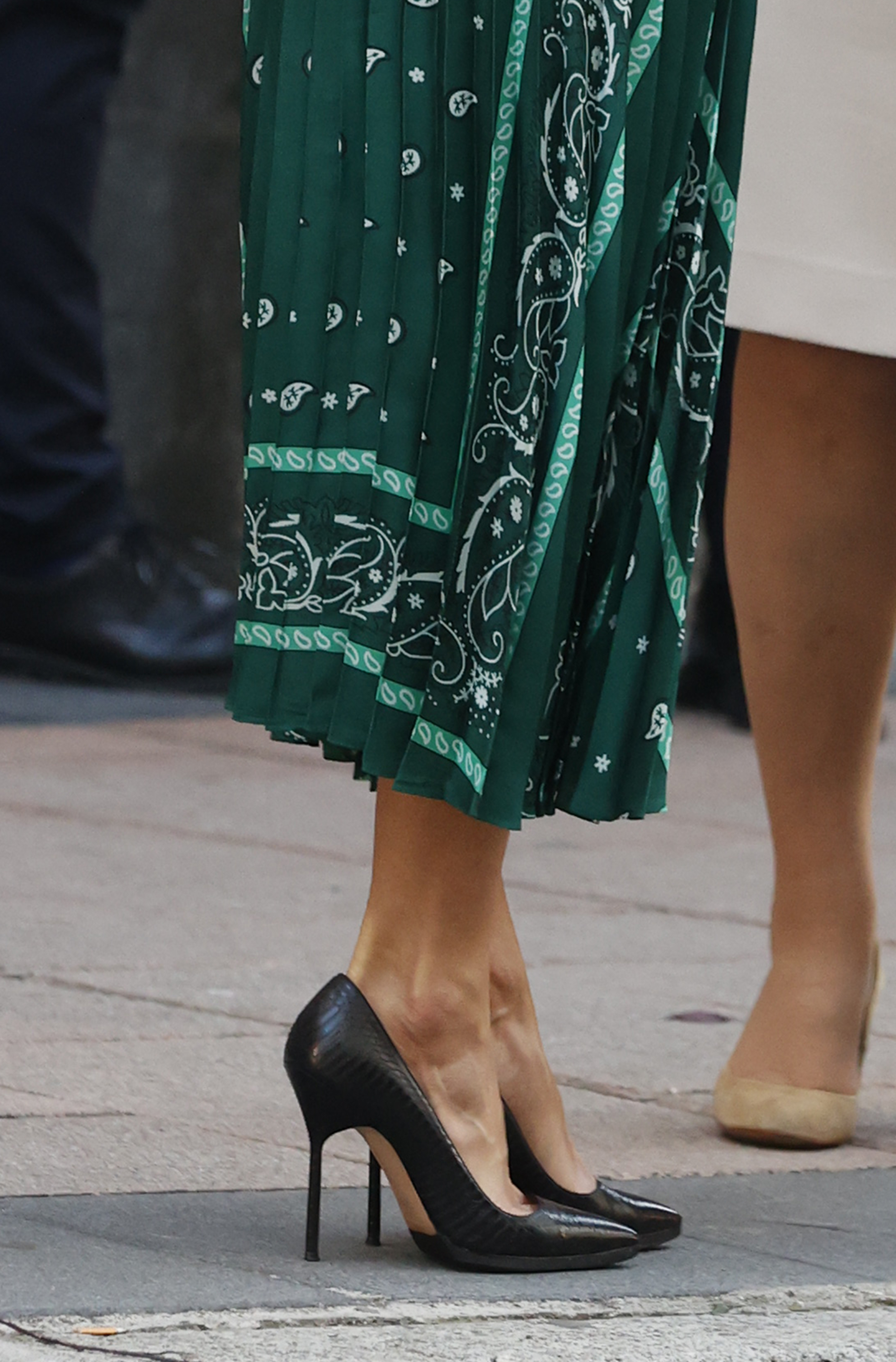 When Letizia Ortiz became Princess of Asturias, the general comment about her fashion accessories always focused on the ease with which she wore

heels up to 12 centimeters.

The Queen even named the classic

They were shoes with a front platform that made

the high back heel

, since the heights were compensated and, in practice, instead of walking on high heels, the foot felt that it was going with fewer centimeters. But the fashions changed and with them the

passed away. So the Queen started investing in

became his best ally: a pointed shoe with a stiletto heel of more or less height. Your favorite brands? Prada, Carolina Herrera and Magrit.

Although the Queen wears them with ease, in recent weeks - the reason is unknown - she has decided to

lighten the load on her feet.

an increase to her

in order to be able to go more comfortably to public meetings.

He did this last Monday, June 14, during the delivery of the Medal of Honor of Andalusia to Don Felipe.

The Queen, who wears a 37, chose some pink Prada pumps that have long been in her closet.

However, it was the first time that he wore them with the

which he camouflages by painting the edge of a similar tone to the shoe.

A few days earlier, on June 8, during the opening of the exhibition on Emilia Pardo Bazán, Don Felipe's wife used the same trick

This time with an animal print from the Magrit brand.

This idea seems to have been in the Queen's shoe rack for a short time, since on April 22 she wore the aforementioned rooms

The platform placed in its third parGTRES

when she chose some black 'manolos' to which the aforementioned platform has also added.

With this trick, Doña Letizia gives a new life to the shoes that perhaps at another time would be discarded in her closet.

Royal HouseThe confirmation of Princess Leonor: the King as her godfather, dressed in the street and with her classmates