North Korea also urged the dismantlement of its nuclear power and ballistic missiles, urging the resumption of negotiations with the United States for “complete, verifiable and irreversible denuclearization.” US President Joe Biden, who attended this meeting for the first time since taking office, is said to have urged China to increase pressure, and the mention of North Korea in the joint statement seems to have been influenced by him. 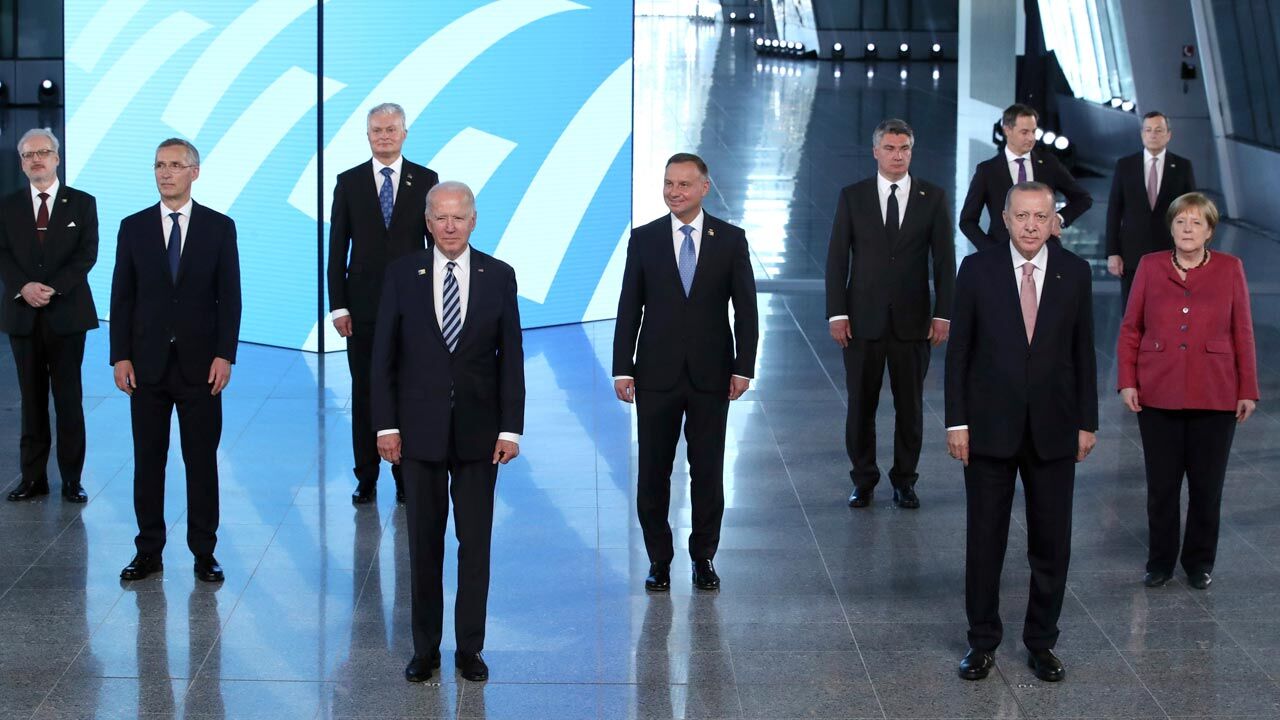 The leaders of the North Atlantic Treaty Organization (NATO), the collective security system of the United States and Europe, for the first time formalized tough pressure on China in a joint statement.

He also urged North Korea to dismantle its nuclear power and ballistic missiles, urging the resumption of negotiations with the United States for 'complete, verifiable and irreversible denuclearization'.

US President Joe Biden, who attended this meeting for the first time since taking office, is said to have urged China to increase pressure, and the mention of North Korea in the joint statement seems to have been influenced by him.

They also said that China is expanding its nuclear weapons and cooperating militarily with Russia to solidify its three nuclear powers, and was concerned about the lack of transparency and the use of disinformation.

He urged China to keep its international commitments and act responsibly in the international system in the space, cyber and maritime domains.

This is the first time NATO has taken such a strong stance on China, DPA said.

NATO also supports the goal of 'complete, verifiable and irreversible denuclearization' for North Korea, and urged the United States to engage in meaningful negotiations to this end.

He also urged them to abandon related programs such as the dismantlement of nuclear power and ballistic missiles.

Earlier, when the joint statement was issued after the NATO summit at the end of last year, the leaders were cautious, stating that the expansion of China's influence was both an opportunity and a challenge, and there was no mention of North Korea.

NATO also said that it will continue dialogue and cooperation with long-standing Asia-Pacific partners such as South Korea, Japan, Australia and New Zealand to promote security cooperation and support the maintenance of rule-based international order.

It is interpreted that the 'return of the United States' is the background to this strong change in NATO's stance.

President Biden visited NATO headquarters and stressed that it was a sacred duty to uphold Article 5 of the NATO Treaty, which sets out the principle of collective defense among member states, and said he wanted the whole of Europe to know that the United States was by his side.

Article 5 of the NATO Treaty, which is the basis of NATO, stipulates that if one of the NATO member countries is attacked, it is regarded as an attack on the whole of NATO and the alliance must respond.

Former President Donald Trump has contributed to NATO's crisis by pressures on European allies to increase defense spending and the decision to unilaterally withdraw U.S. troops from Afghanistan and Syria.

President Biden, who was evaluated to have secured a foundation for mass containment through the Atlantic Alliance by specifying concerns about China in a joint statement at the G7 summit held earlier, is also said to have urged pressure on China at the NATO summit.

Earlier, the draft G7 Joint Statement included more powerful phrases targeting China, but it was omitted from the final version, and there were also evaluations that President Biden did not get as much as he wanted.

At a press conference after the G7 summit, President Biden expressed disappointment by saying yes to the question of whether the joint statement on China would have been 'were stronger'.

White House National Security Adviser Jake Sullivan earlier said at a briefing on Air Force One, the president's private jet, that the NATO summit's joint statement would deal with the threat from China in an unprecedented way.