Flags march in Jerusalem..Israeli security preparedness to protect demonstrators and Palestinian calls for a "Day of Rage"

Today, Tuesday, the Israeli police began preparations to provide protection for right-wing Israelis, who are expected to participate this evening in a provocative flag march in East Jerusalem, while Palestinians called for a “day of rage.” 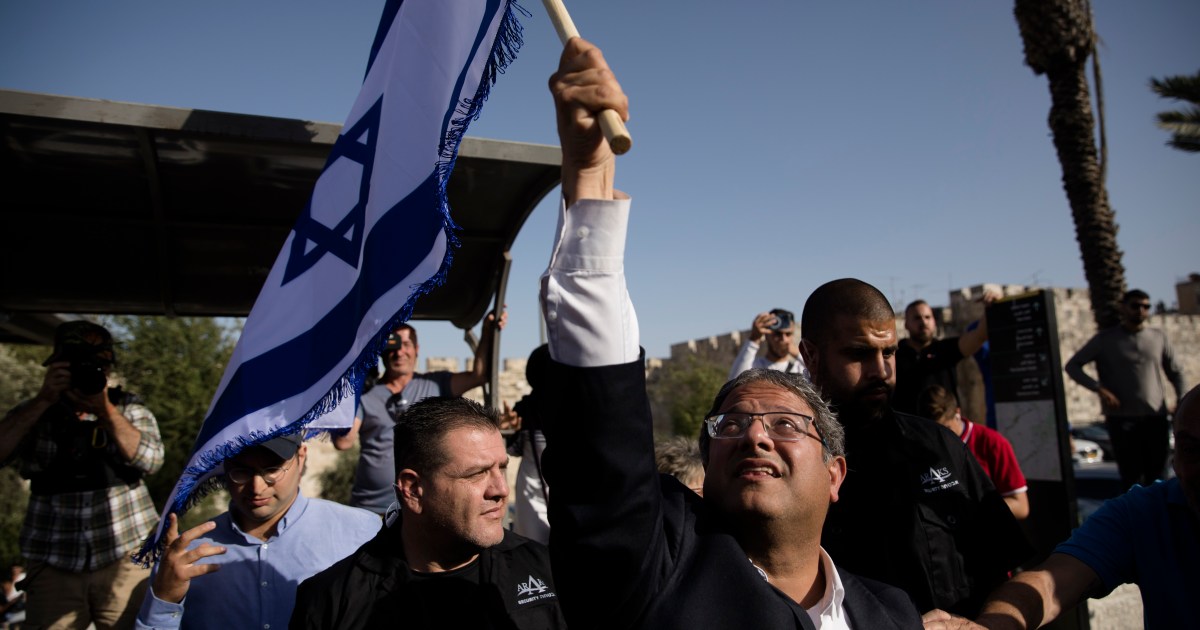 Today, Tuesday, the Israeli police began preparations to provide protection for Israeli right-wingers, who are expected to participate in the provocative flags march in East Jerusalem, while Palestinians called for a "day of rage" in the West Bank and Gaza.

The police deployed large reinforcements in Jerusalem, and the Israel Broadcasting Corporation said that about two thousand policemen will be deployed in the vicinity of the paths that the participants will take in the march.

The Minister of Internal Security in the new government approved the organization of the march, which will go to the Bab al-Amoud area, where it will be closed to the Palestinians.

For its part, Palestinian factions called for stationing in the courtyards of Al-Aqsa Mosque and the general alarm in all Palestinian areas and within the Green Line.

Palestinian factions, which described the march as a provocation, called for a "day of rage" in Gaza and the West Bank.

The Islamic Resistance Movement (Hamas) warned of renewed hostilities if the march went ahead.

Palestinian activists sent calls on social networks to gather in Bab al-Amud in conjunction with the provocative march.

Palestinian Prime Minister Muhammad Shtayyeh said on Twitter, "We warn of the dangerous repercussions that may result from the occupying power's intention to allow extremist Israeli settlers to proceed with the flags march in occupied Jerusalem."

"Tensions are escalating again in Jerusalem in a very fragile and sensitive security and political situation, while the United Nations and Egypt are participating in consolidating the ceasefire," the United Nations envoy to the Middle East, Tor Wencesland, wrote on Twitter.

"I urge all concerned parties to act responsibly and avoid any provocation that could lead to another round of confrontations," he added.

Meanwhile, the Israeli Broadcasting Corporation said that the Israeli army will increase the deployment of Iron Dome batteries, for fear of renewed rocket fire from the Gaza Strip, against the background of the march.

The Israeli police rejected earlier this month a request by Israeli right-wing organizations to organize the march last Thursday, but under pressure from former Prime Minister Benjamin Netanyahu, it was approved to organize on Tuesday.

The march was scheduled to be organized last month, on the occasion of the anniversary of the occupation of East Jerusalem, according to the Hebrew calendar, but it was postponed following the aggression on Gaza.