Yesterday, the Fatah movement, led by Palestinian President Mahmoud Abbas, accused Hamas of insisting on "secession", after amending its governmental committee in the Gaza Strip. Hamas) insists on separation and away from national unity 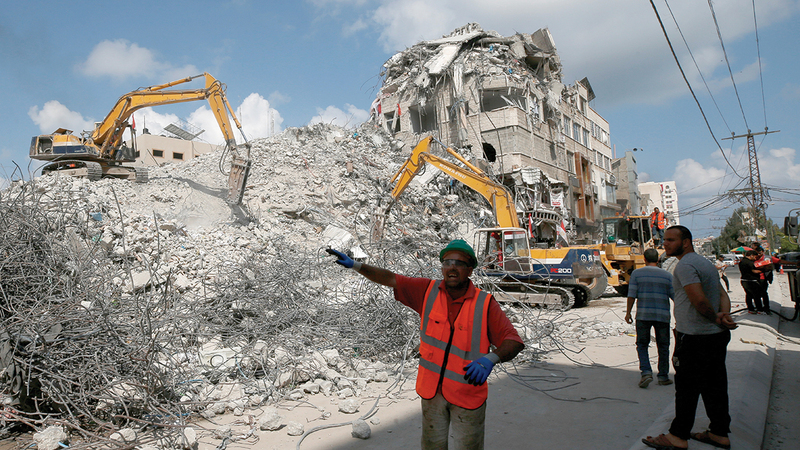 After amending its governmental committee in Gaza

Fatah considers Hamas's move to weaken the national position before the international community regarding the reconstruction of Gaza.

Yesterday, the "Fatah" movement, led by Palestinian President Mahmoud Abbas, accused the "Hamas" movement of insisting on "disengagement", after amending its governmental committee in the Gaza Strip.

"(Hamas) insists on separation and away from national unity by appointing a new head of the governmental administrative committee in the Gaza Strip," Fatah spokesman, Iyad Nasr, told the official Palestinian radio.

Nasr considered that "Hamas' move constitutes a deviation from the Egyptian effort to achieve national unity, end division, and weaken the national position before the international community in the reconstruction of the Gaza Strip and confronting the occupation."

He believed that "Hamas' decisions do not help build on the steadfastness of the Palestinian people," calling on the movement to "reconsider its calculations and return to the national dialogue table to end the division" that has continued since mid-2007. The politician of the Hamas movement, Issam Al-Dalis, will head the administrative committee to follow up on government work in the Gaza Strip, succeeding Muhammad Awad.

The media office stated, in a statement, that Dulais' assignment came after the approval of the Legislative Council (which Hamas holds its sessions individually in Gaza), following his acceptance of the resignation submitted by Awad earlier.

Last week, Egypt postponed talks that were scheduled between the Palestinian factions in Cairo, after it held separate talks with two delegations from the "Fatah" and "Hamas" movements, in light of the escalating differences between them.

In this regard, a member of the Executive Committee of the Liberation Organization, Ahmed Majdalani, blamed Hamas for the "failure" of the last round of Palestinian dialogue and Egyptian efforts to end the division.

Majdalani considered, in statements to reporters in Ramallah, that the demands made by "Hamas" to the Egyptian side "were not at all a basis for resuming the Palestinian national dialogue."